The Cost of Biological Threats 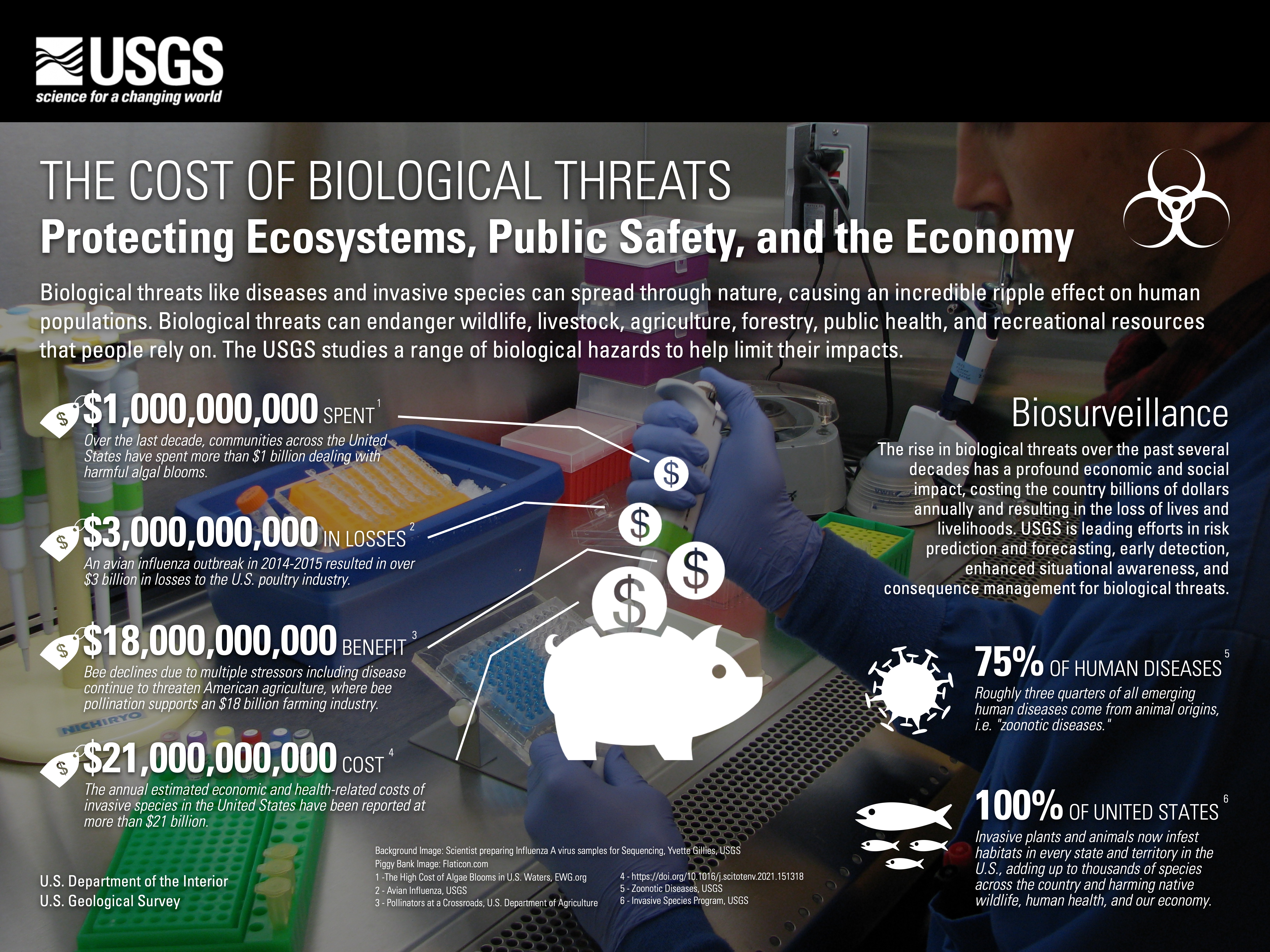 Biological threats like diseases and invasive species can spread through nature, causing an incredible ripple effect on human populations. Biological threats can endanger wildlife, livestock, agriculture, forestry, public health, and recreational resources  that people rely on. The USGS studies a range of biological hazards to help limit their impacts.

The rise in biological threats over the past several decades has a profound economic and social impact, costing the country billions of dollars annually and resulting in the loss of lives and livelihoods. USGS is leading efforts in risk prediction and forecasting, early detection, enhanced situational awareness, and consequence management for biological threats.

100% OF UNITED STATES - Invasive plants and animals now infest habitats in every state and territory in the U.S., adding up to thousands of species across the country and harming native wildlife, human health, and our economy.

1 -The High Cost of Algae Blooms in U.S. Waters, EWG.org

3 - Pollinators at a Crossroads, U.S. Department of Agriculture