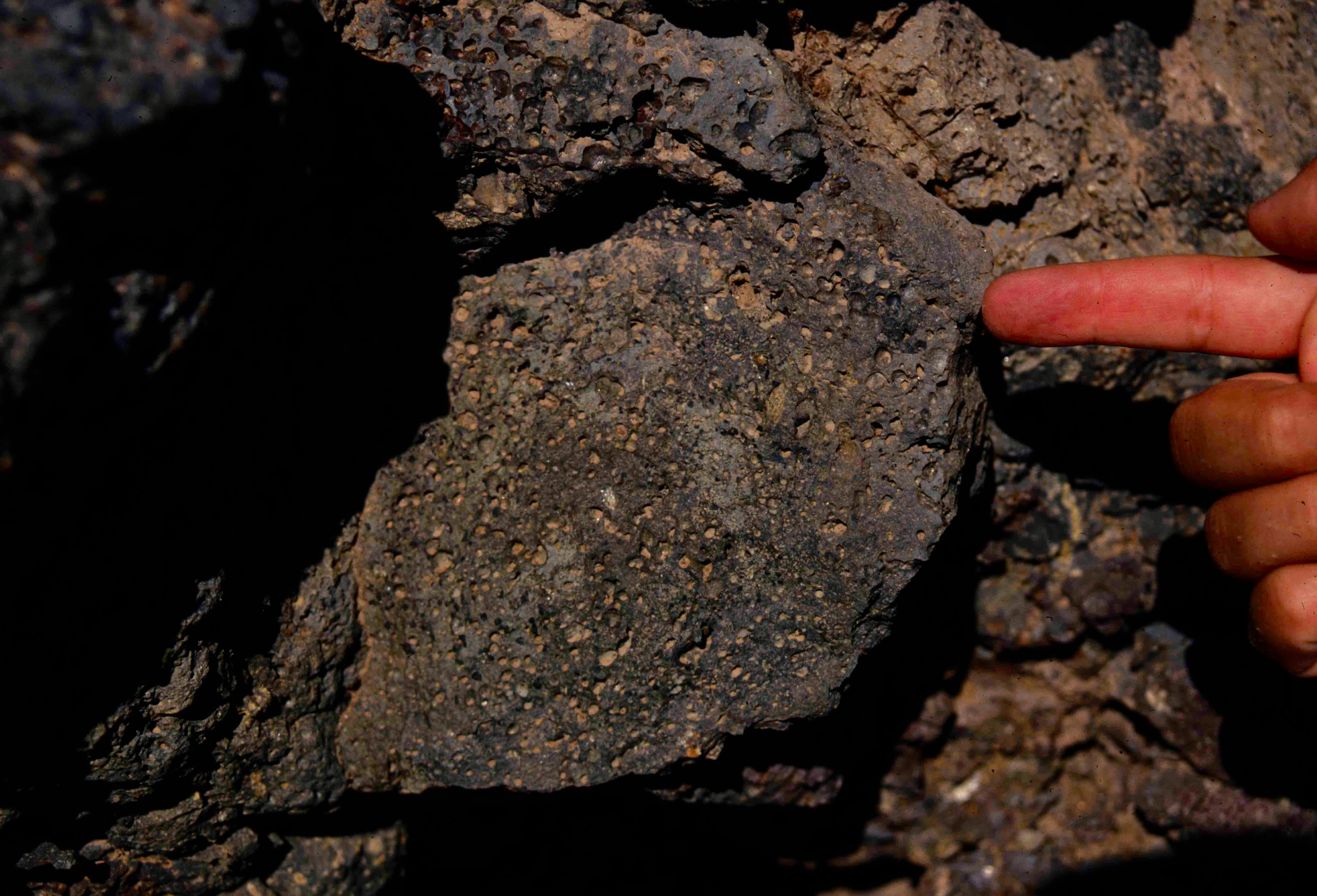 A detail of a pahoehoe lobe at the top of a tumulus. The upper crust that is lifted up during the formation of a tumulus is typically quite vesicular (has lots of bubbled trapped in it). Roza Formation, Columbia River Basalt Group. Southwest of Quincy, WA.

Tumuli are structures usually associated with slow-moving flows. When the top of the flow crusts over, the lava beneath can well upward and create an elliptical, domed structure. Oftentimes, the pressure creates an axial fracture along the length of the structure. The lava might burst through the crust, squeeze out slowly, or only push the crust so far before it freezes.  Tumuli typically range from 2 to 10 meters high. While tumuli are most often associated with pahoehoe lavas, they have been documented in ‘a’a lava as well. Tumuli are one of several related features formed by inflation of lava flows.

Due to their relatively small size, tumuli are difficult to spot aerially. There is often debate over images of suggested Martian tumuli.