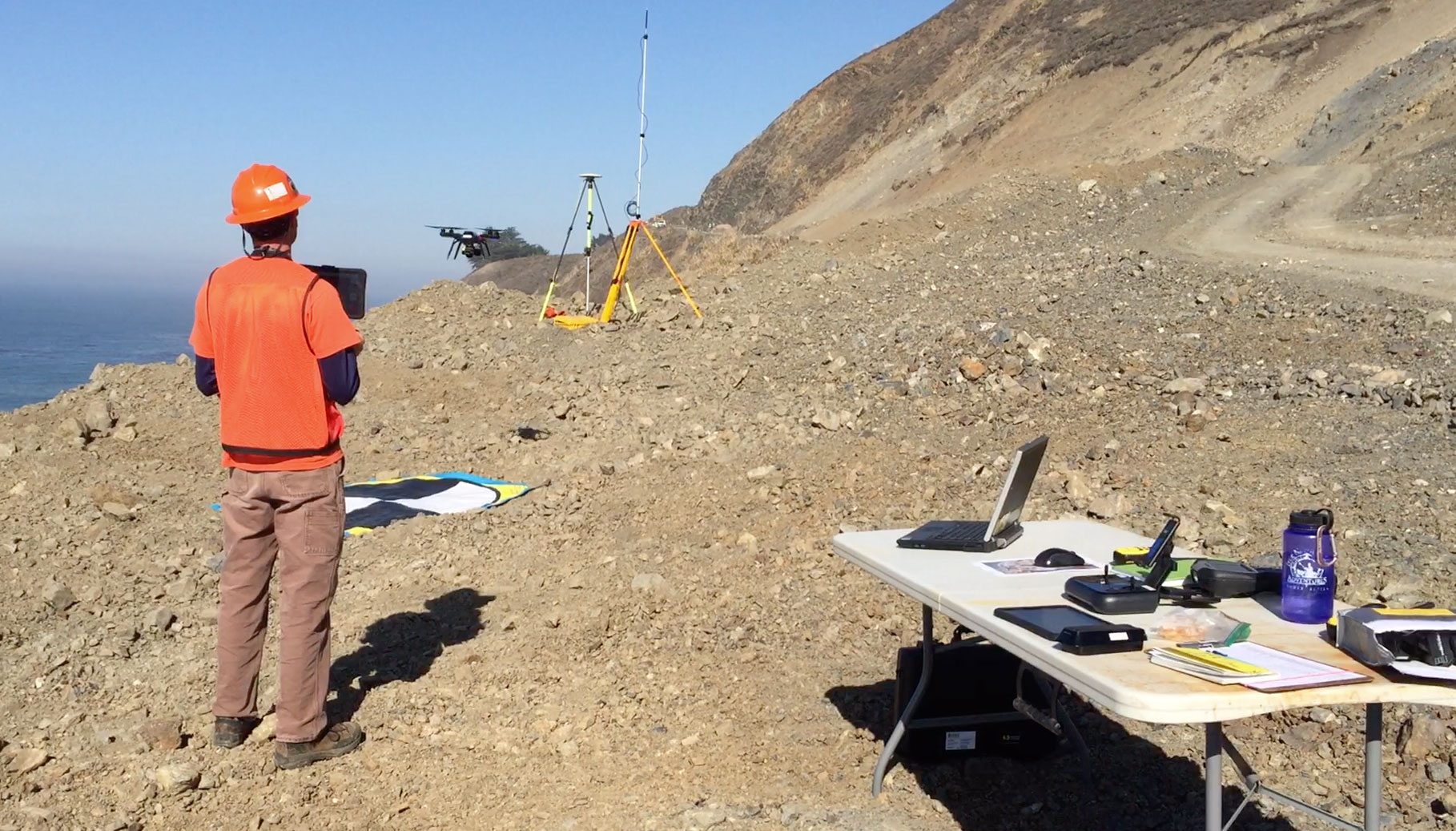 Josh Logan, a physical scientist at the USGS Pacific Coastal and Marine Science Center in Santa Cruz, California, operates an unmanned aerial system, or UAS, often called a "drone", that is equipped with a video camera. He is navigating the drone with hand-held controls, in the process of landing it on the ground-control target. Near the target is GPS equipment that is used to accurately record the location of the drone at all times. The location is the Mud Creek landslide on the coast of Big Sur along the central California coast. The huge landslide took out the coastal Highway 1 on May 20, 2017, and the USGS is collecting video and photos at regular intervals. The imagery can be compared from date to date to detect changes and any ground movement on the landslide. The USGS is working with the California Department of Transportation, or Caltrans, as they work to rebuild Highway 1.