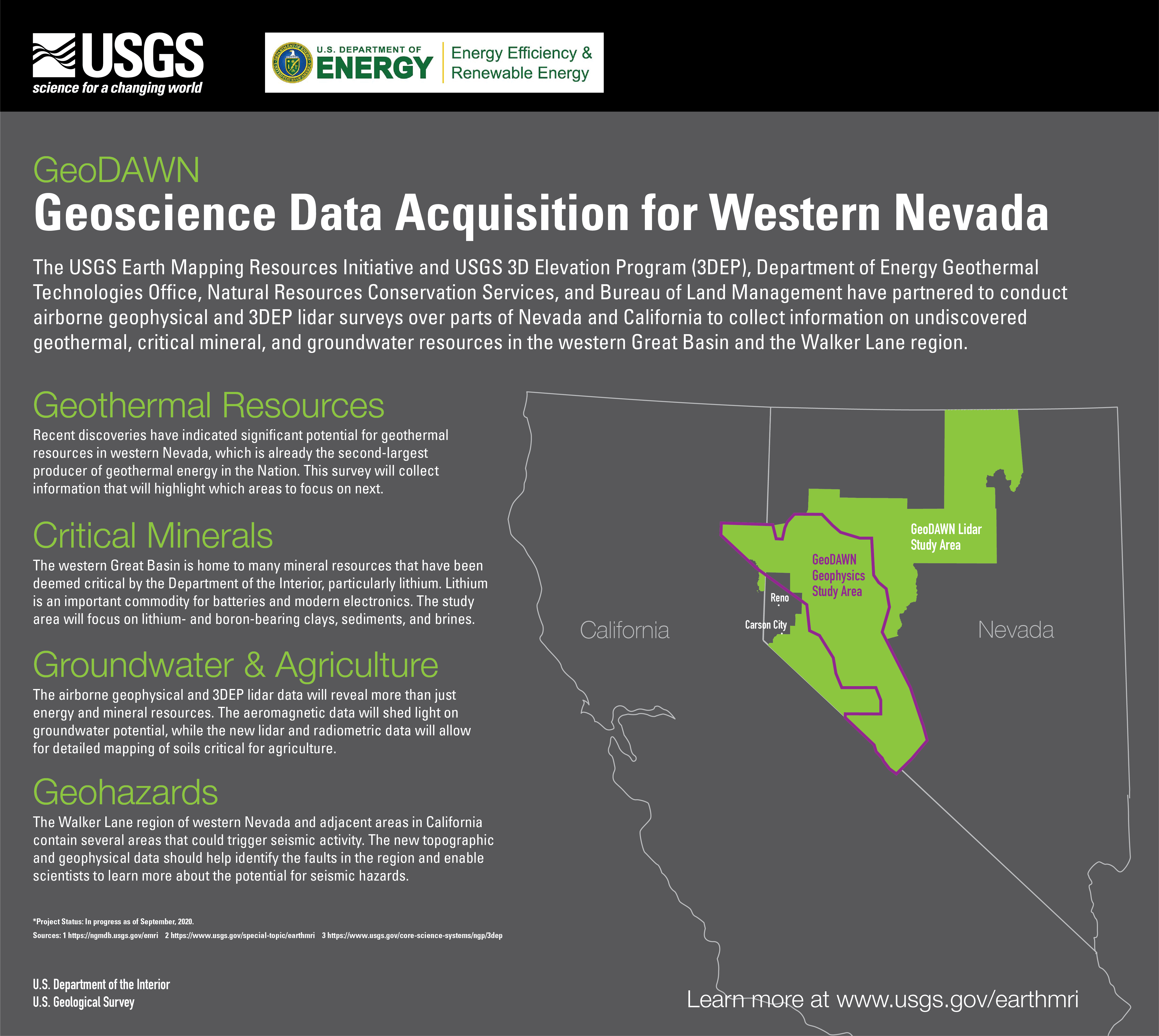 Recent discoveries have indicated significant potential for geothermal resources in western Nevada, which is already the second-largest producer of geothermal energy in the Nation. This survey will collect information that will highlight which areas to focus on next.

The western Great Basin is home to many mineral resources that have been deemed critical by the Department of the Interior, particularly lithium. Lithium is an important commodity for batteries and modern electronics. The study area will focus on lithium- and boron-bearing clays, sediments, and brines.

The airborne geophysical and 3DEP lidar data will reveal more than just energy and mineral resources. The aeromagnetic data will shed light on groundwater potential, while the new lidar and radiometric data will allow for detailed mapping of soils critical for agriculture.

The Walker Lane region of western Nevada and adjacent areas in California contain several areas that could trigger seismic activity. The new topographic and geophysical data should help identify the faults in the region and enable scientists to learn more about the potential for seismic hazards.

*Project Status: In progress as of September, 2020.