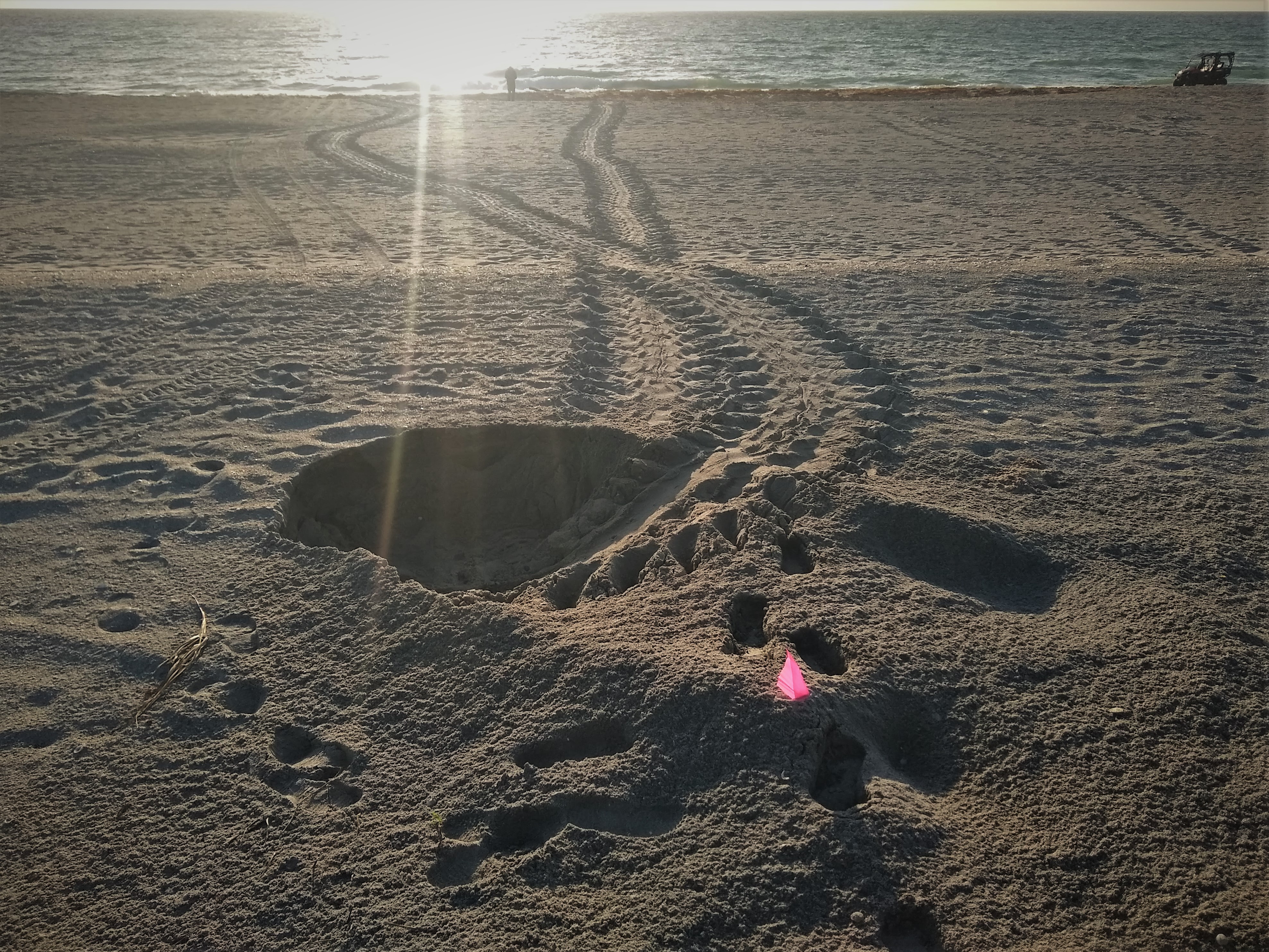 Scientists RC Mickey and Dave Thompson from the USGS St. Petersburg Coastal and Marine Science Center are conducting beach surveys on nourished beaches (where sand has been added) to study influences on green sea turtle (Chelonia mydas) and loggerhead sea turtle (Caretta caretta) nesting. The pink flag marks the general nest location of a green sea turtle. You can see where she came up the beach (track to the right from the water), created the nest and laid her eggs (flag location) and then moved a bit to cover the nest, creating the large pit and the pile of sand at the nest location. Finally, she crawled back to the ocean, leaving the track to the left.

USGS's role is to map (position and elevation) the beach profile from the water line into the dune, and map turtle crawl paths at nesting decision locations using precise GPS. These GPS surveys are conducted monthly for two consecutive days during the height of sea turtle nesting season (May through September). The surveys have been conducted at four nourished beaches that also have high-density of sea turtle nesting, including Melbourne Beach, Jensen Beach, Jupiter Island, and Juno Beach. The GPS data is processed to quantify various beach parameters, including water line, dune toe, dune top, and locations of nests or false crawl apex (landward point that turtle crawled and decided not to nest) locations.