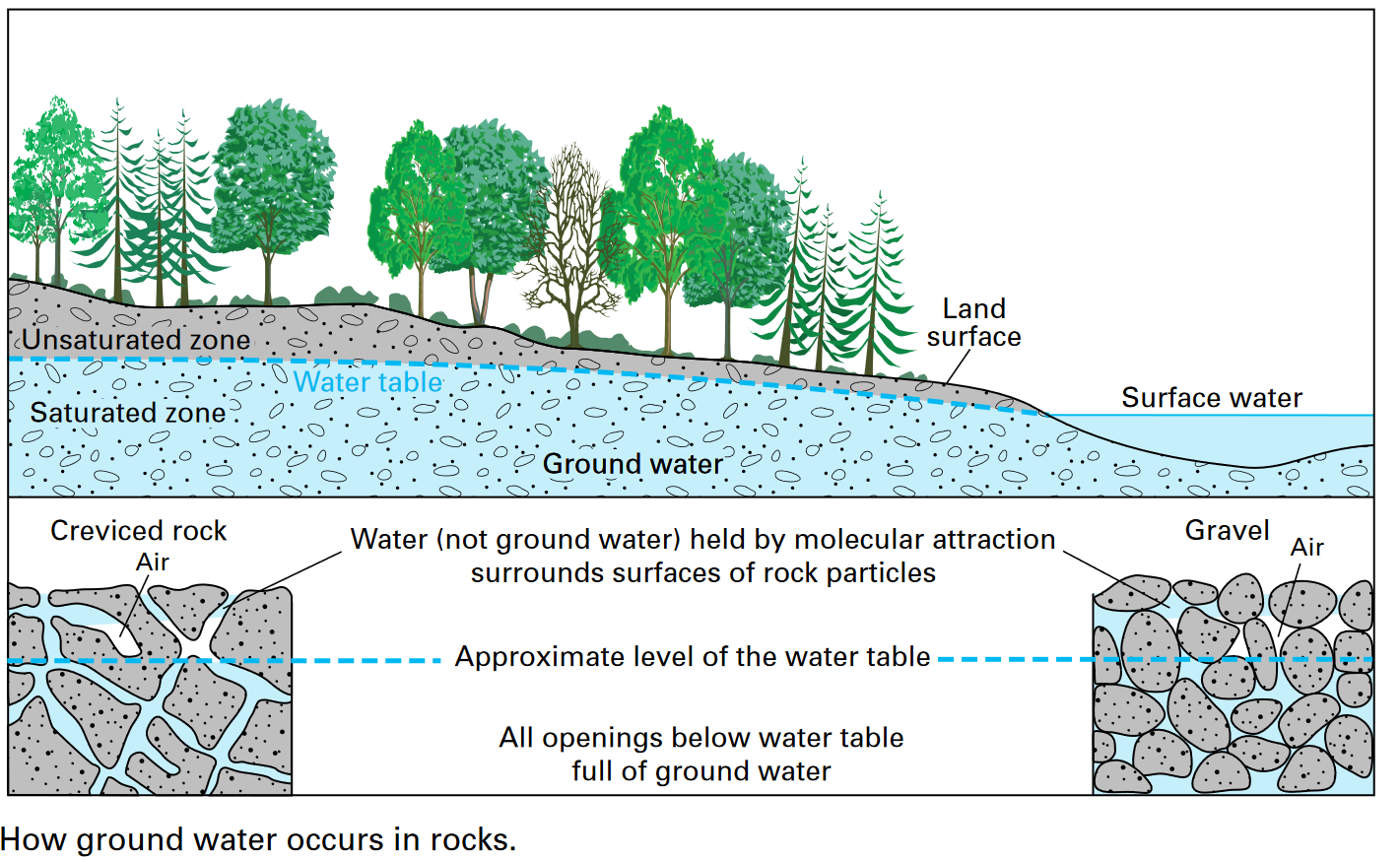 It is difficult to visualize water underground. Some people believe that ground water collects in underground lakes or flows in underground rivers. In fact, ground water is simply the subsurface water that fully saturates pores or cracks in soils and rocks. Ground water is replenished by precipitation and, depending on the local climate and geology, is unevenly distributed in both quantity and quality. When rain falls or snow melts, some of the water evaporates, some is transpired by plants, some flows overland and collects in streams, and some infiltrates into the pores or cracks of the soil and rocks. The first water that enters the soil replaces water that has been evaporated or used by plants during a preceding dry period. Between the land surface and the aquifer water is a zone that hydrologists call the unsaturated zone. In this unsaturated zone, there usually is at least a little water, mostly in smaller openings of the soil and rock; the larger openings usually contain air instead of water. After a significant rain, the zone may be almost saturated; after a long dry spell, it may be almost dry. Some water is held in the unsaturated zone by molecular attraction, and it will not flow toward or enter a well. Similar forces hold enough water in a wet towel to make it feel damp after it has stopped dripping.