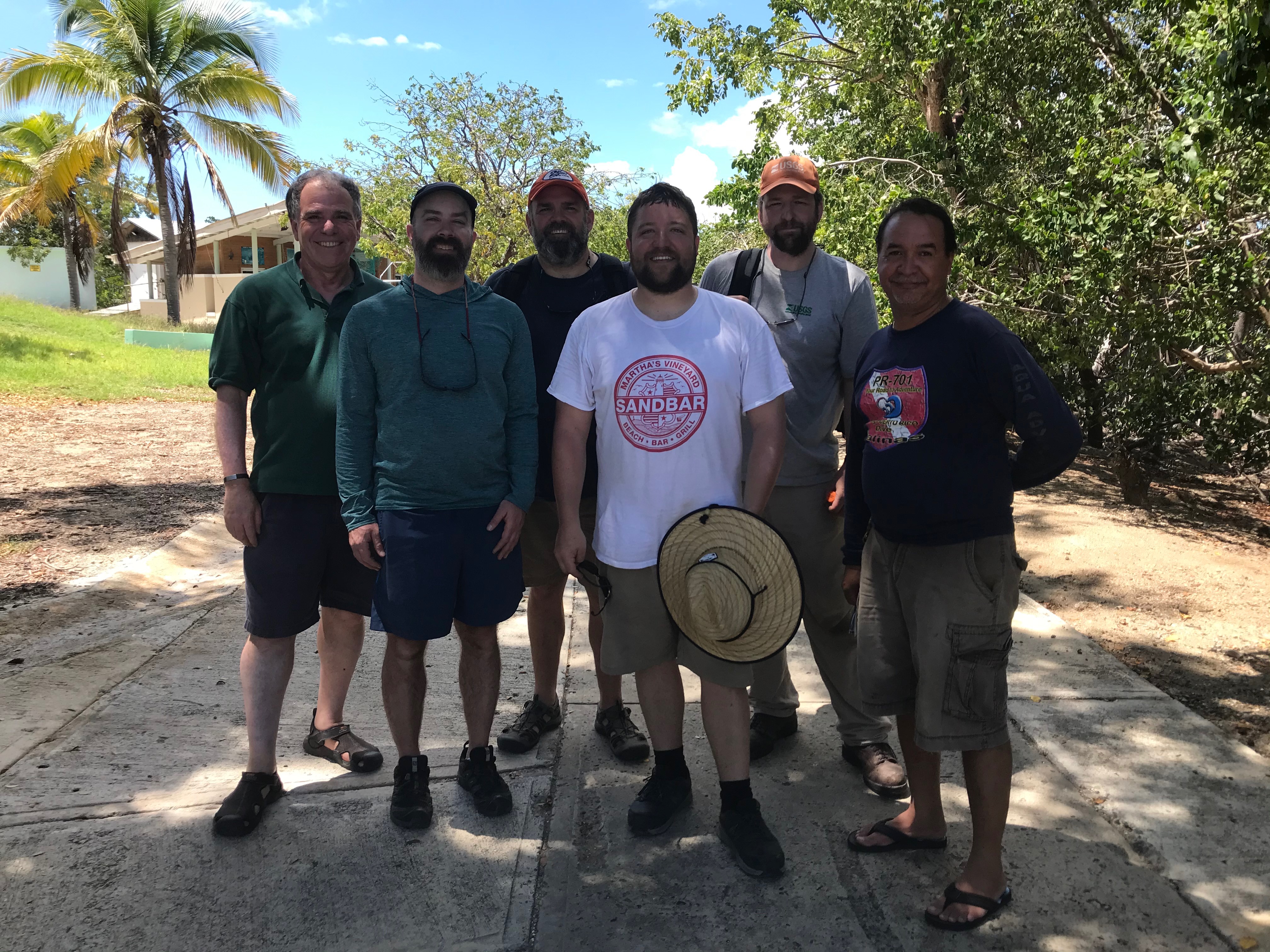 From left to right – Uri ten Brink, Eric Moore, Wayne Baldwin, Alex Nichols, Jason Chaytor, and Captain Orlando Espinoza. Less than two months after the largest earthquake in the seismic sequence, the USGS Woods Hole Coastal and Marine Science Center organized a rapid response seismic survey. The goal of the survey was to map the faults which ruptured during the seismic activity and understand the regional context and potential for other earthquake activity in the area.