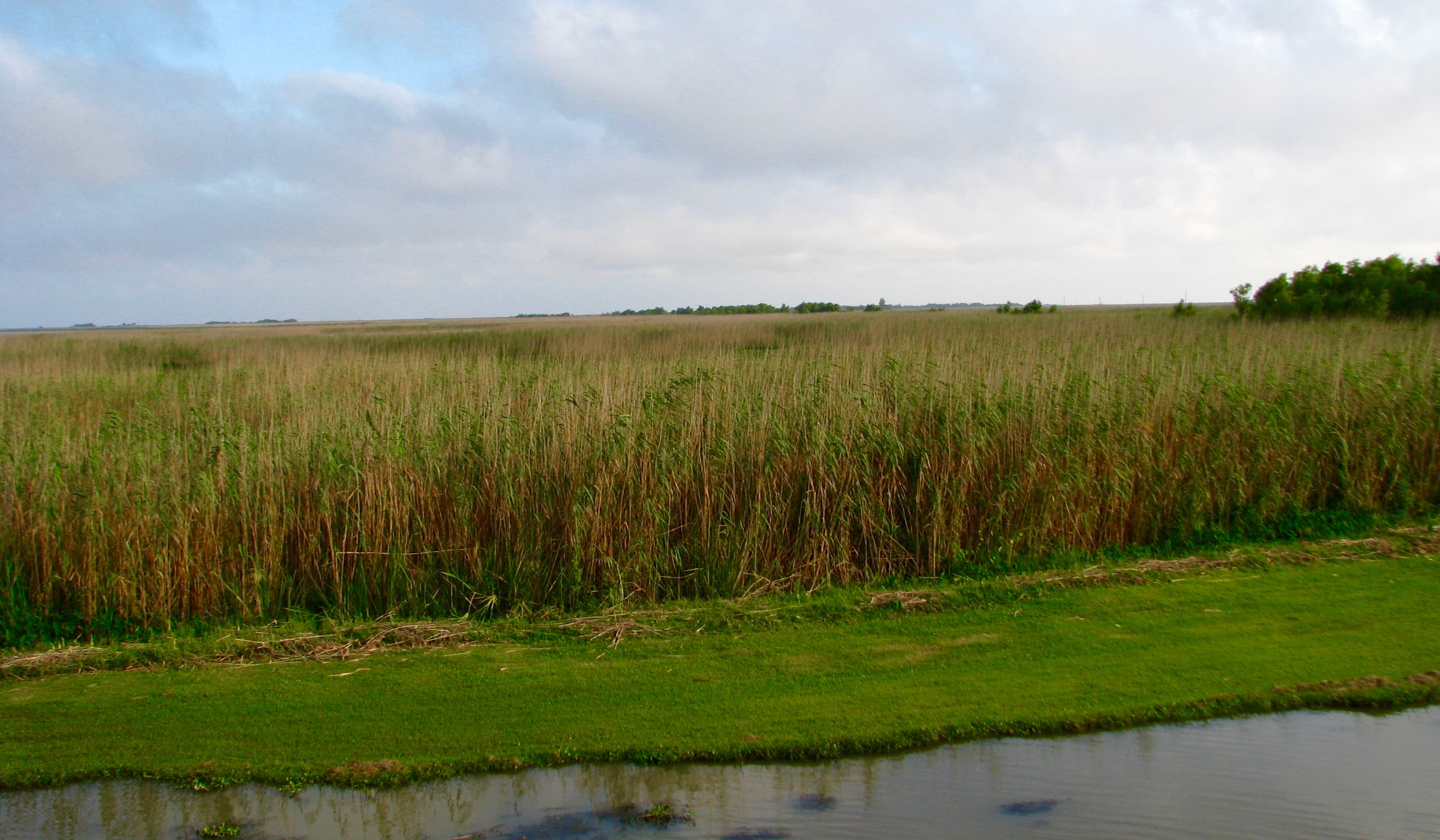 Brown patches and brown stems show stress in this phagmites (roseau cane) stand in Pass A Loutre Wildlife Management Area, a tract of state-owned land in Louisiana's bird foot delta, where the Mississippi River meets the Gulf of Mexico. An ongoing phragmites was first discovered in spring 2017 and blamed on an invasive scale insect from Asia. But a new USGS report, based on satellite imaging and a special technique for assessing marsh vegetation, finds the affected grasses began declining in 2015 and suggests the insect may not be the sole cause. The phragmites decline could lead to the loss of ecologically and economically important wetlands in coastal Louisiana.