Historic photograph taken in 1889 by Franklin Nims during the Stanton Expedition just downstream of the Glen Canyon Dam site, well before it was built on the Colorado River 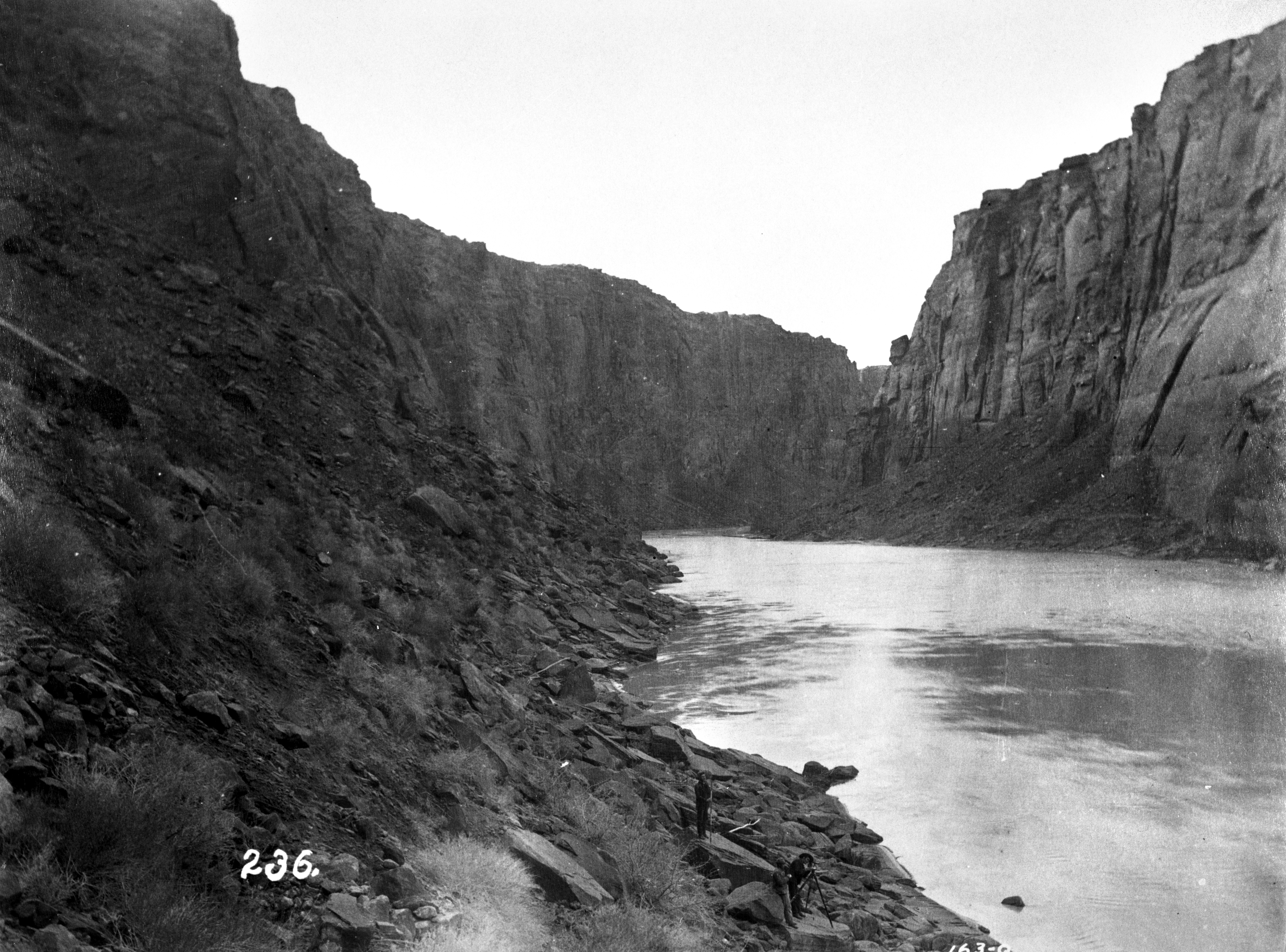 A historic image taken on December 23, 1889, of the Colorado River at River Mile Mile -14.7, near the site where Glen Canyon Dam would later be built. The view is taken looking downstream from where the dam is now from river left by Franklin Nims during the Stanton Expedition. Photo credit: Franklin A. Nims, original courtesy of The National Archives, 57-RS-236, public domain. Stake (camera point) s2638 in the SBSC’s Southwest Repeat Photography Collection.

While the Brown-Stanton expedition would eventually switch from an instrument survey to a purely photographic survey of the canyons of the Colorado River in order to save time, at this point, they were still conducting an instrument survey. Three members of the expedition, with plane table and stadia rod, are visible in the center foreground. Shrubs, likely Mormon tea and saltbrush, grow upon the slope in the foreground, while the river’s edge is barren.