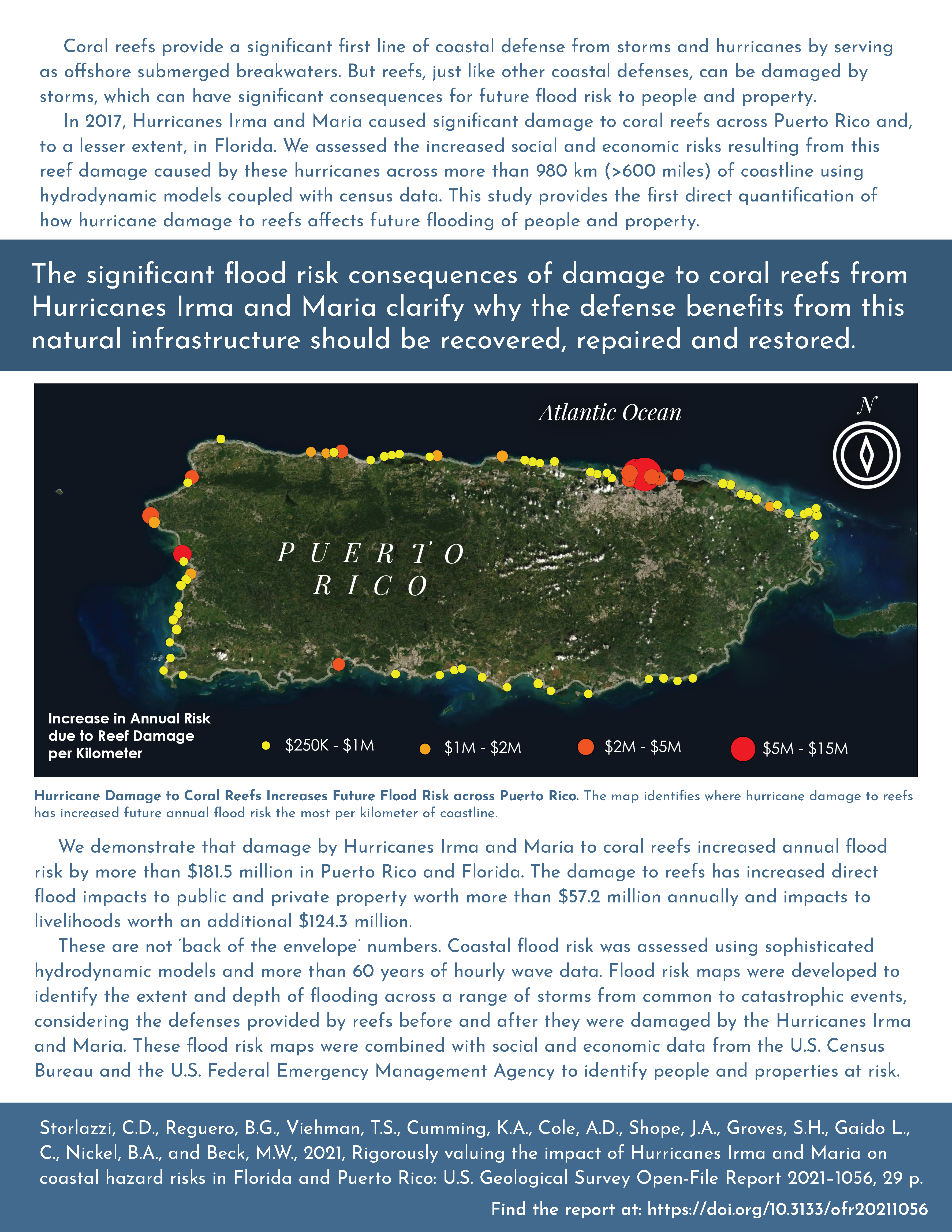 The significant flood risk consequences of damage to coral reefs from Hurricanes Irma and Maria clarify why the defense benefits from this natural infrastructure should be recovered, repaired and restored.

Coral reefs provide a significant first line of coastal defense from storms and hurricanes by serving as offshore submerged breakwaters. But reefs, just like other coastal defenses, can be damaged by storms, which can have significant consequences for future flood risk to people and property.

In 2017, Hurricanes Irma and Maria caused significant damage to coral reefs across Puerto Rico and, to a lesser extent, in Florida. We assessed the increased social and economic risks resulting from this reef damage caused by these hurricanes across more than 980 km (>600 miles) of coastline using hydrodynamic models coupled with census data. This study provides the first direct quantification of how hurricane damage to reefs affects future flooding of people and property.

We demonstrate that damage by Hurricanes Irma and Maria to coral reefs increased annual flood risk by more than \$181.5 million in Puerto Rico and Florida. The damage to reefs has increased direct flood impacts to public and private property worth more than \$57.2 million annually and impacts to livelihoods worth an additional \$124.3 million.

These are not ‘back of the envelope’ numbers. Coastal flood risk was assessed using sophisticated hydrodynamic models and more than 60 years of hourly wave data. Flood risk maps were developed to identify the extent and depth of flooding across a range of storms from common to catastrophic events, considering the defenses provided by reefs before and after they were damaged by the Hurricanes Irma and Maria. These flood risk maps were combined with social and economic data from the U.S. Census Bureau and the U.S. Federal Emergency Management Agency to identify people and properties at risk.

Hurricane Damage to Coral Reefs Increases Future Flood Risk across Puerto Rico. The map identifies where hurricane damage to reefs has increased future annual flood risk the most per kilometer of coastline. 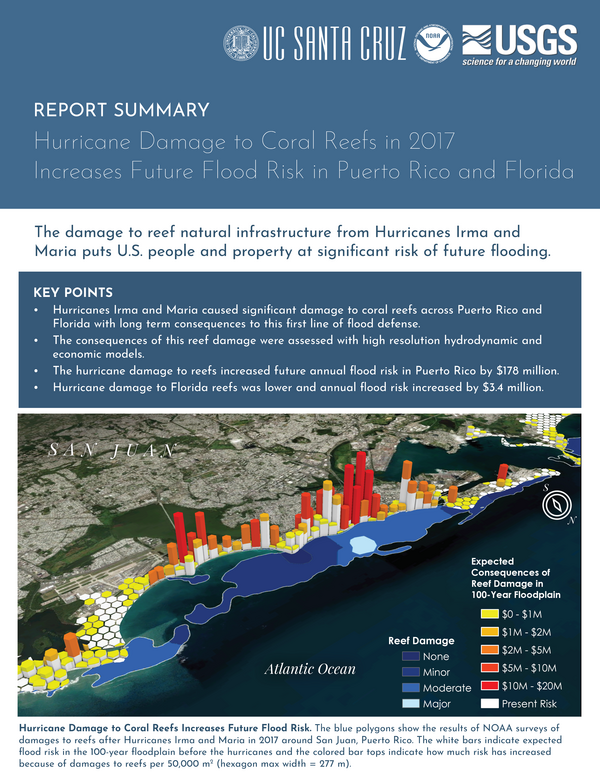 The degradation of coastal habitats, particularly coral reefs, raises risks by increasing the exposure of coastal communities to flooding hazards. In the United States, the physical protective services provided by coral reefs were recently assessed in social and economic terms, with the annual protection provided by U.S. coral reefs off the coasts of the State of Florida and the Commonwealth of Pu
By
Natural Hazards, Coastal and Marine Hazards and Resources Program, Pacific Coastal and Marine Science Center