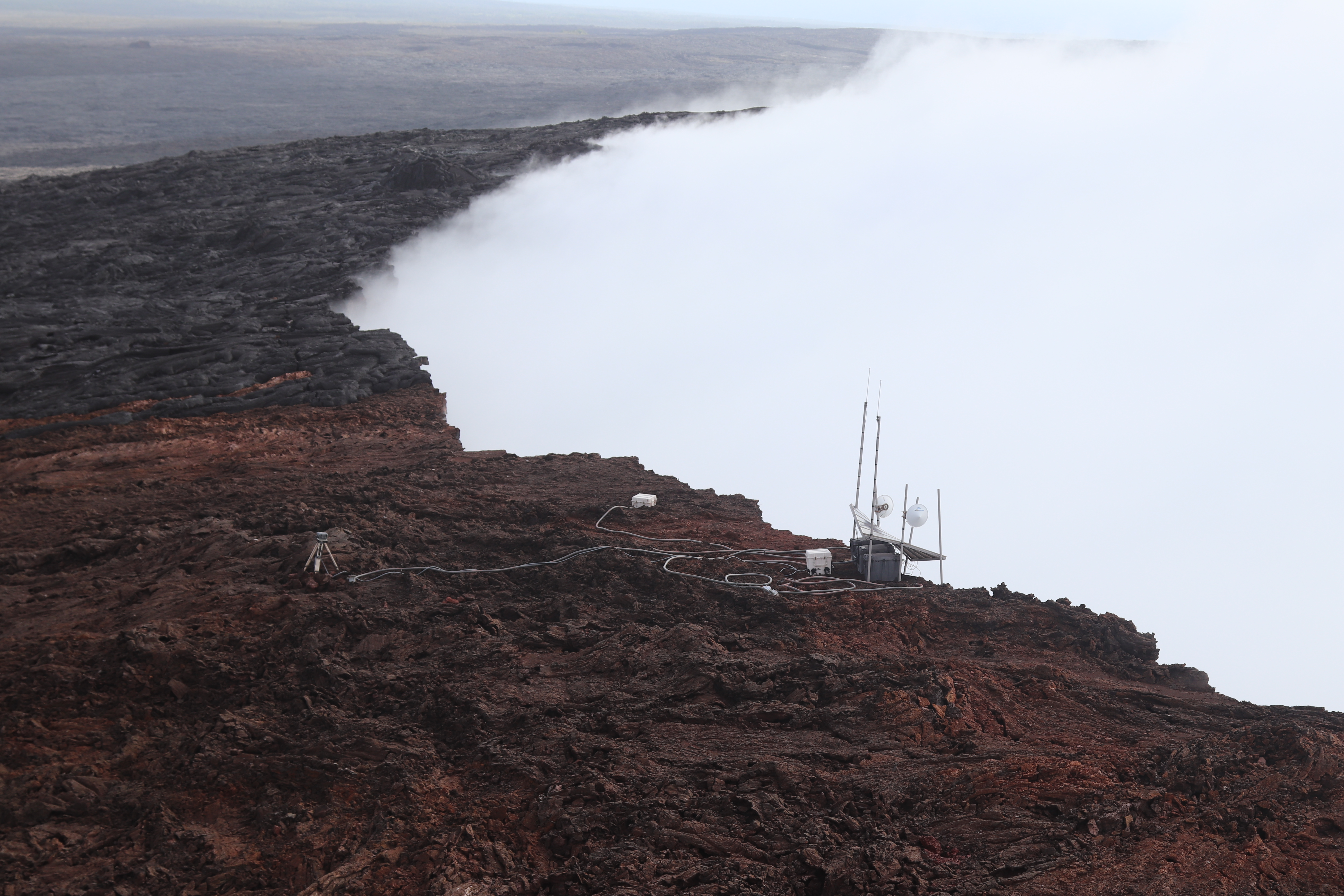 The communications hub at Pu‘u ‘Ō‘ō is precariously perched on the north rim, which is actively collapsing. This hub, and the PN cam behind the hub (to the left of image) will ultimately fall into the crater as the north rim continues to collapse. HVO has already implemented a backup plan so that there will be no gap in data acquisition -in fact the backup system is already running. The hub shown above was only routing images from PN, PO, and PT which all went offline early Monday morning this week. Today's helicopter flight confirmed the hub has not fallen in yet, which means either the antenna signal is blocked from the hub or that the solar panels are no longer able to recharge the batteries powering the antenna. USGS photo by C. Parcheta.