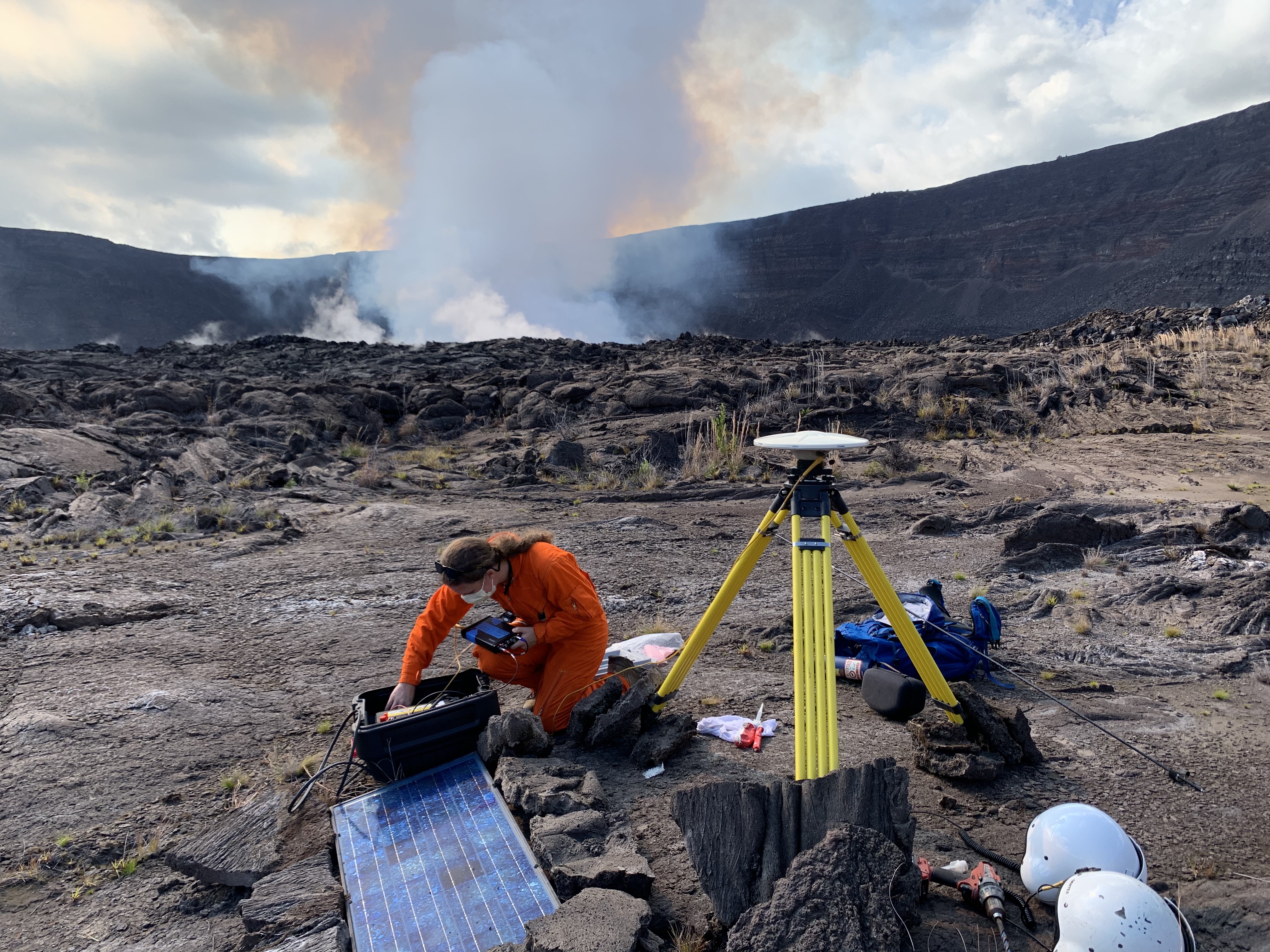 The current eruption is confined to Halemaʻumaʻu crater within Hawai'i Volcanoes National Park but data from tiltmeters and Global Positioning System (GPS) stations show contraction in the upper portion of the East Rift Zone (an area between Kīlauea’s summit and Pu‘u ‘Ō‘ō). Similar instruments in down-rift areas, including the site of the 2018 eruption, are stable and do not show motion associated with either inflation or contraction. Recently, instruments at the summit have shown motions consistent with slight inflation. HVO interprets this as indicating that magma from the contracting portion of the East Rift Zone is flowing back to the summit reservoirs, where the eruption is occurring. The patterns of deformation could also be influenced by the decrease in the amount of lava erupted from the western fissure, and the draining of lava into the now submerged northern fissure vent. The signal is small and preliminary modeling shows it to be a small amount of magma returning to the summit. While magma from the summit reservoirs drained into the East Rift Zone to feed fissure eruptions in the lower East Rift Zone in 2018, there is no seismic or deformation data to indicate any changes have occurred in Kīlauea volcano’s lower East Rift Zone. No new hazards are expected as a result of this activity. This photo, taken on December 22, 2020, shows an HVO geophysicist installing a new Global Positioning System (GPS) station on the portion of Kīlauea's caldera that down-dropped during the 2018 summit collapse. The summit eruption plume is visible in the background. USGS photo by K. Kamibayashi.