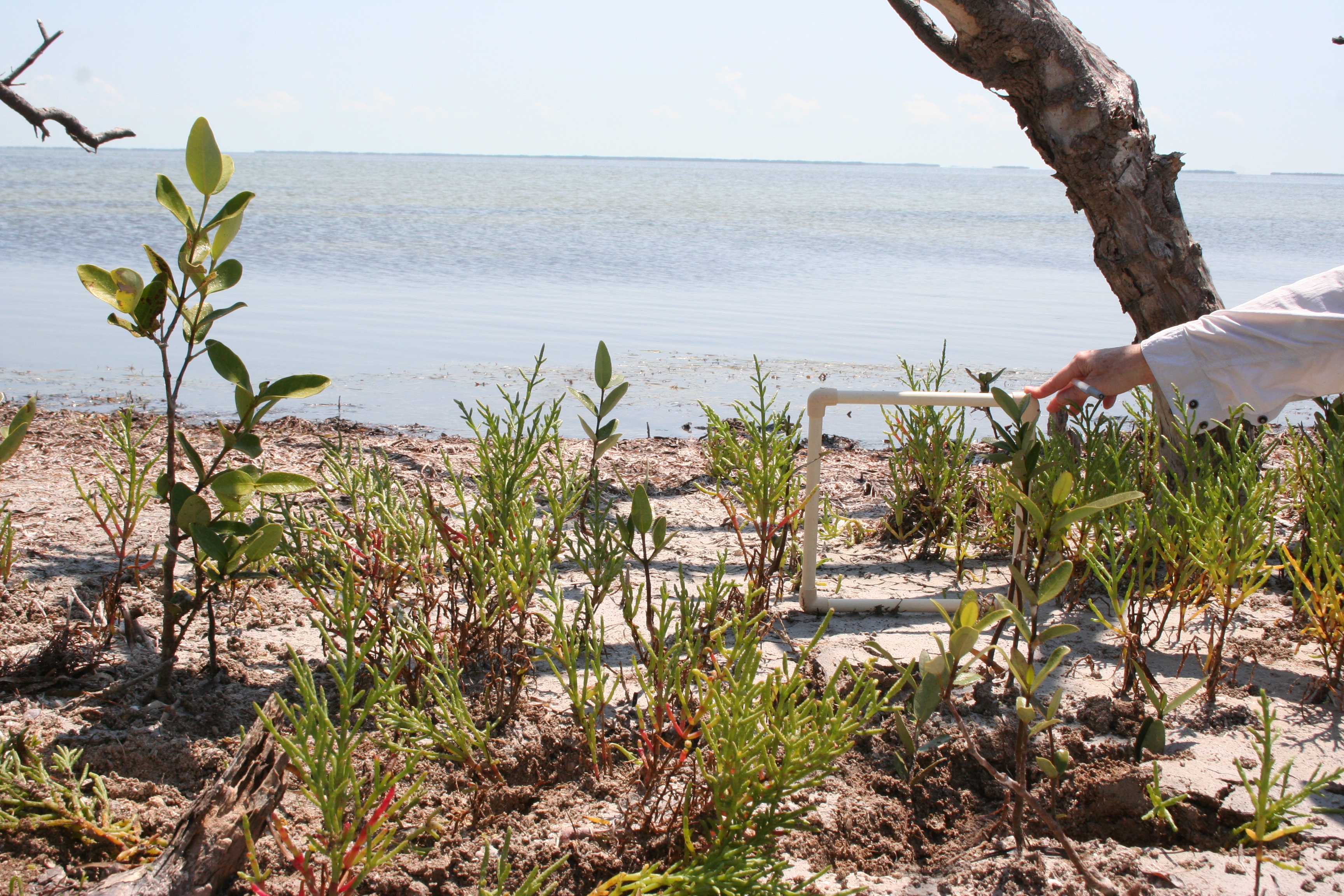 In Photo: Juvenile mangroves on eastern berm of Jim Foot Key, April 2019.  Mangroves are intermingled with saltwort, the dominant live vegetation on the damaged berms, and standing dead mangroves.  Grid is 25 cm high.  The question is whether these trees will mature fast enough to protect the berm from rising sea level.