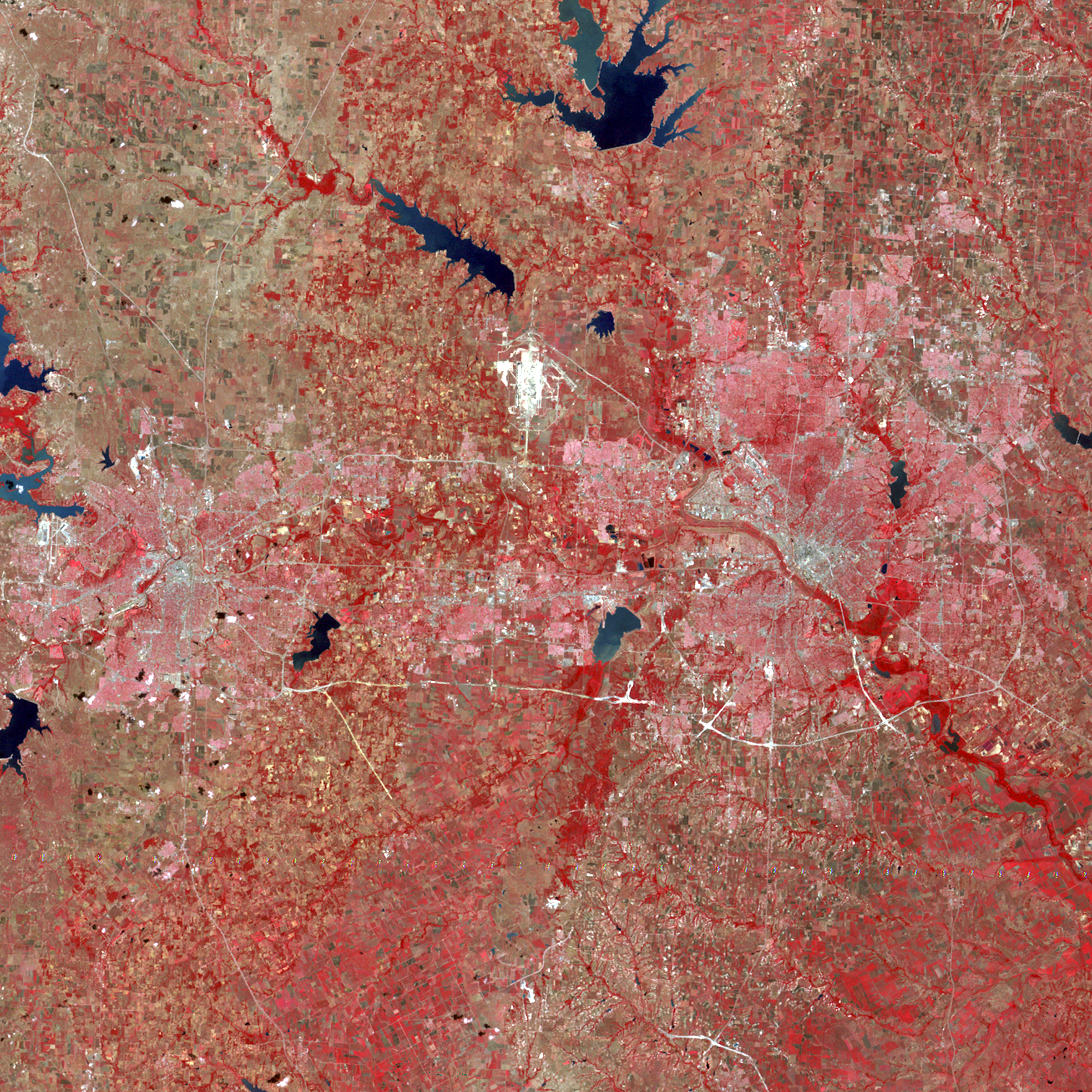 The very first image in the Landsat archive is the MSS image above, showing the Dallas - Fort Worth area of Texas on July 25, 1972. The resolution is 60 meters per pixel in this false-color image, where shades of red indicate vegetated land and grays and whites are urban or rocky surfaces.