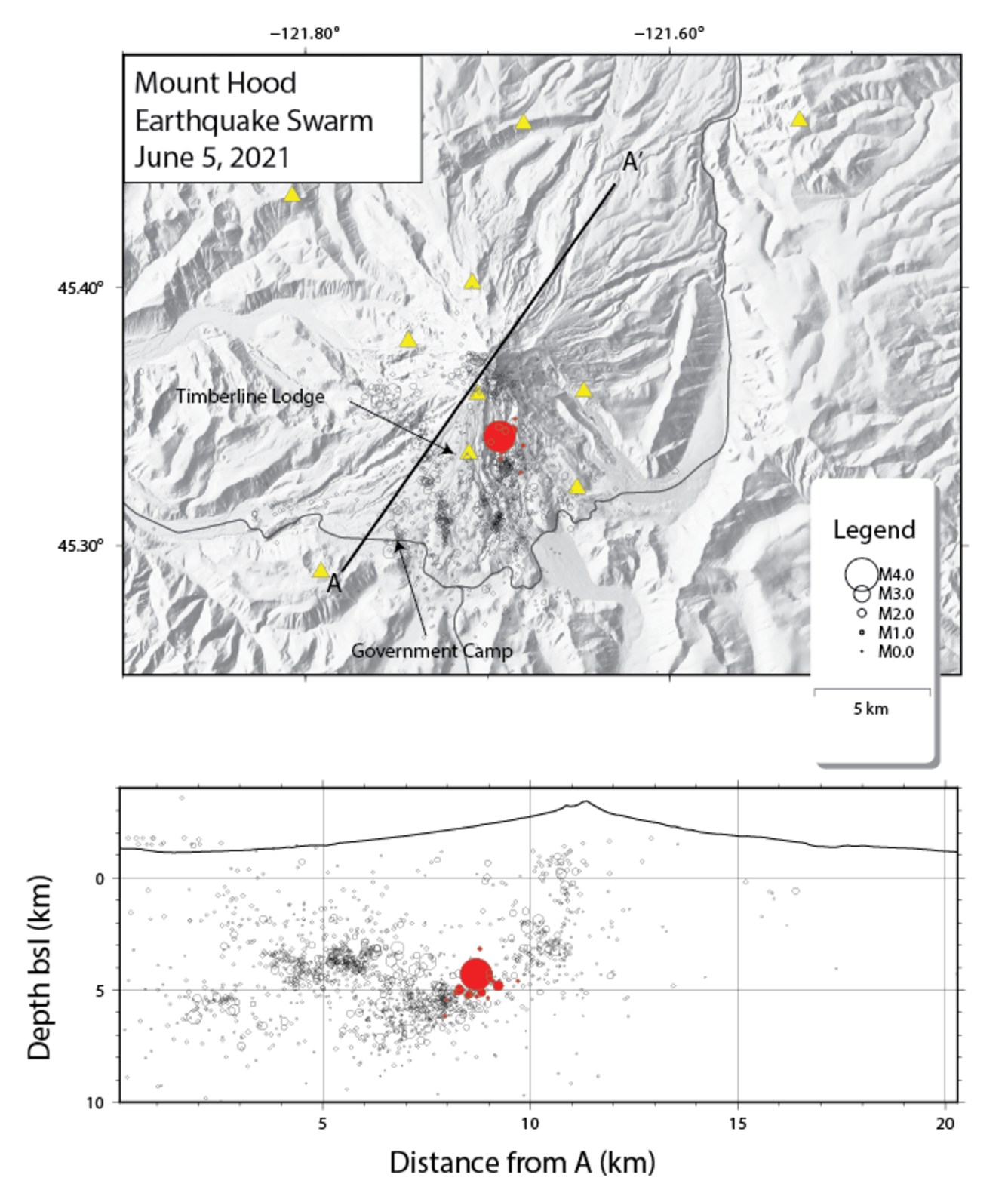 Mount Hood, Oregon, earthquakes from the swarm on June 5, 2021 compared to previous earthquakes. The June 5 earthquakes are shown with red circles. Earthquakes that have occurred since 2010 are shown as unfilled circles. All circles are sized by their magnitude. Top: Map view of seismicity at Mount Hood. Black lines are roads, yellow triangles are current seismic stations. The line between A and A' is the cross section depicted in the lower graphic. Bottom: Cross-section of seismicity at Mount Hood. Symbols are the same as in the map view. The topography of Mount Hood is shown with the black line near the top of the plot.