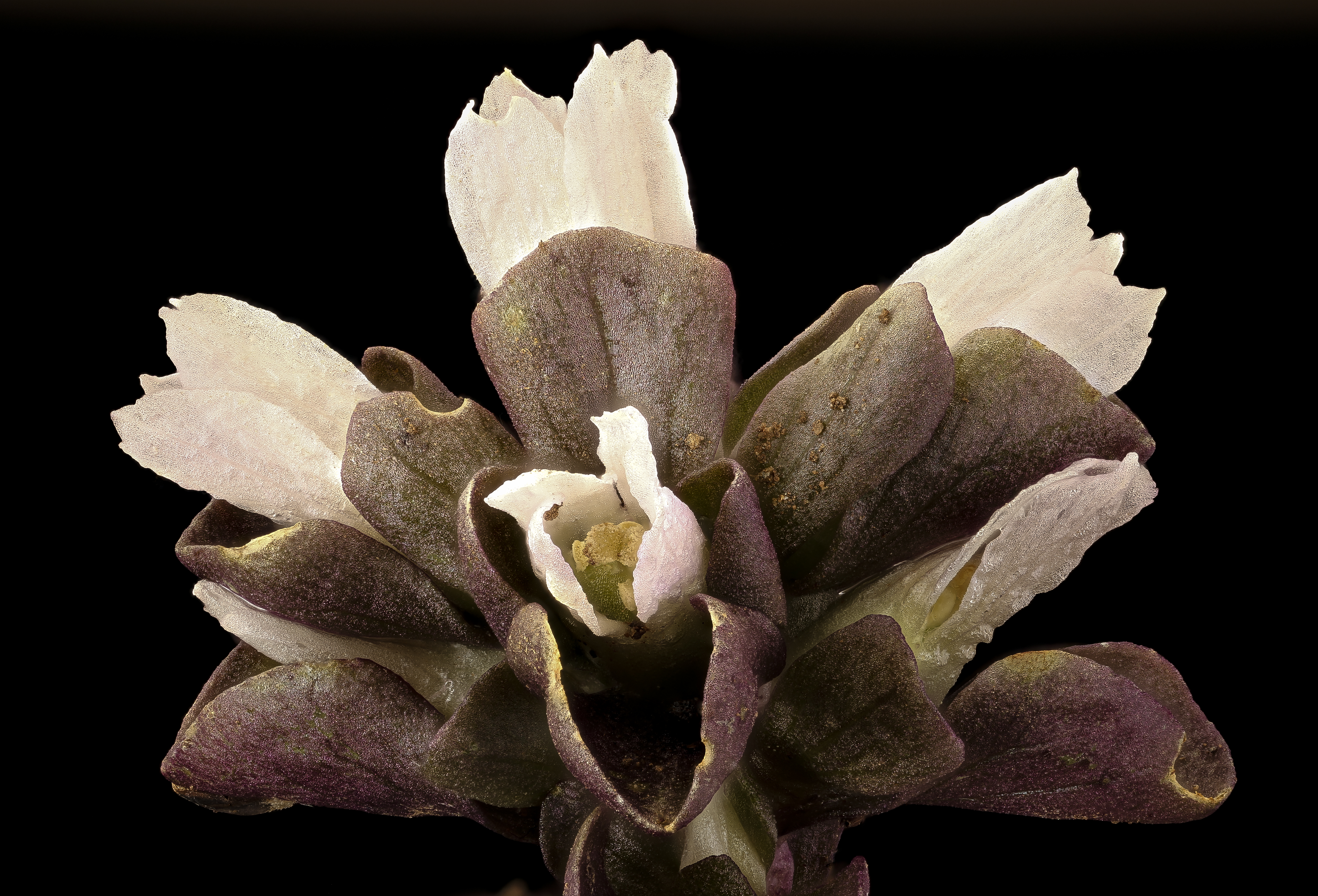 Oh, the subtleties of nature. Just looking at this lovely blend of burgandies, glowing light pink, and dark green is to come to worship the infinite. Am I allowed to say that? To gush, rather than dissect? Sure, who wants their government scientist all bound in the plastic cage of academic sciencespeak. So, to business then. This is Obolaria virginica, the unsurprisingly named Virginia Pennywort. Haunting low down in the leaf litter of deciduous woods it is the only member of its genus and that makes it special. Matt Candeias from the "In Defense of Plants" blog writes about the special mysteries of this plant. A secret that few know, but now you do friend: "The roots of the Virginia pennywort are described as "coralloid", meaning they take on a structure reminiscent of some corals. This is usually a trait exhibited by species whose roots are closely associated with microbes such as cyanobacteria or certain fungi. Indeed, the roots of the Virginia pennywort are often infested with arbuscular mycorrhizae. Additionally, there is some molecular evidence to suggest that this species is at least partially mycoheterotrophic, meaning it gets some at least some of its nutrients parasitically from said mycorrhizal fungi. Isotope analysis demonstrated that the tissues of the Virginia pennywort were more enriched with isotopes of nitrogen than the surrounding vegetation."Pennywort finder Helen Lowe Metzman took this picture.