Projected mangroves on Pohnpei, 2060, under 37 cm of sea-level rise 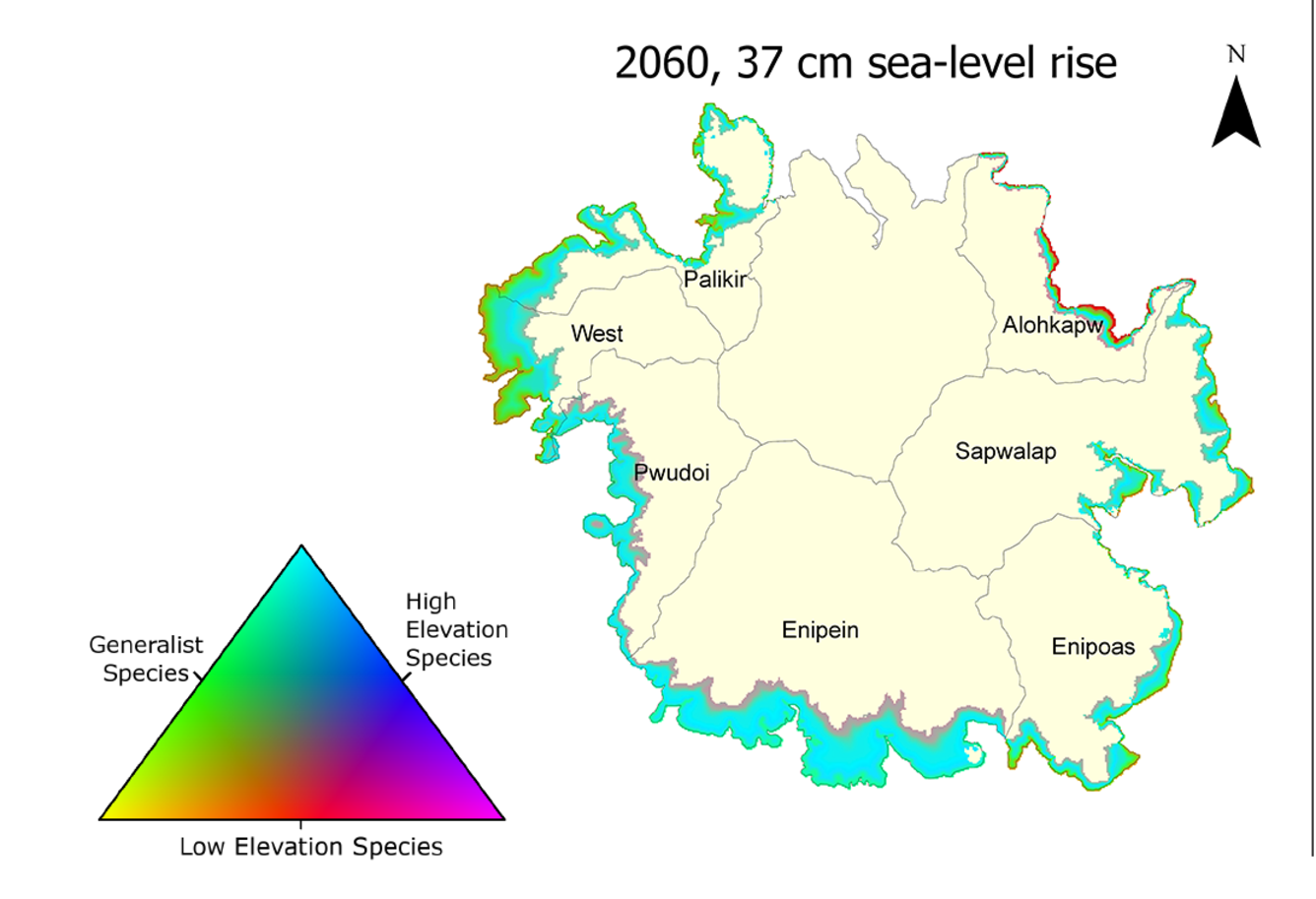 Projected mangrove distribution on the island of Pohnpei, 2037, under a 37 cm of sea-level rise scenario.

Model projections for Pohnpei indicate that the mangroves are likely to be resilient to low and moderate rates of sea-level rise over the coming decades if they remain intact and healthy. Under 37 cm or 67 cm of sea level rise, predictions showed limited changes in species composition over the next 30 years, with some expansion of low elevation species and possible losses of high elevation species by 2100 in some parts of the island.

The model’s predictions are limited to the effects on elevation and tree species composition. The potential effects of sea-level rise on other parts of the mangrove ecosystem, such as bird and fish communities, are currently unknown.