Repeat photograph taken in 2011 of the Colorado River below Glen Canyon Dam, a match to the 1889 Stanton Expedition & 1992 USGS images 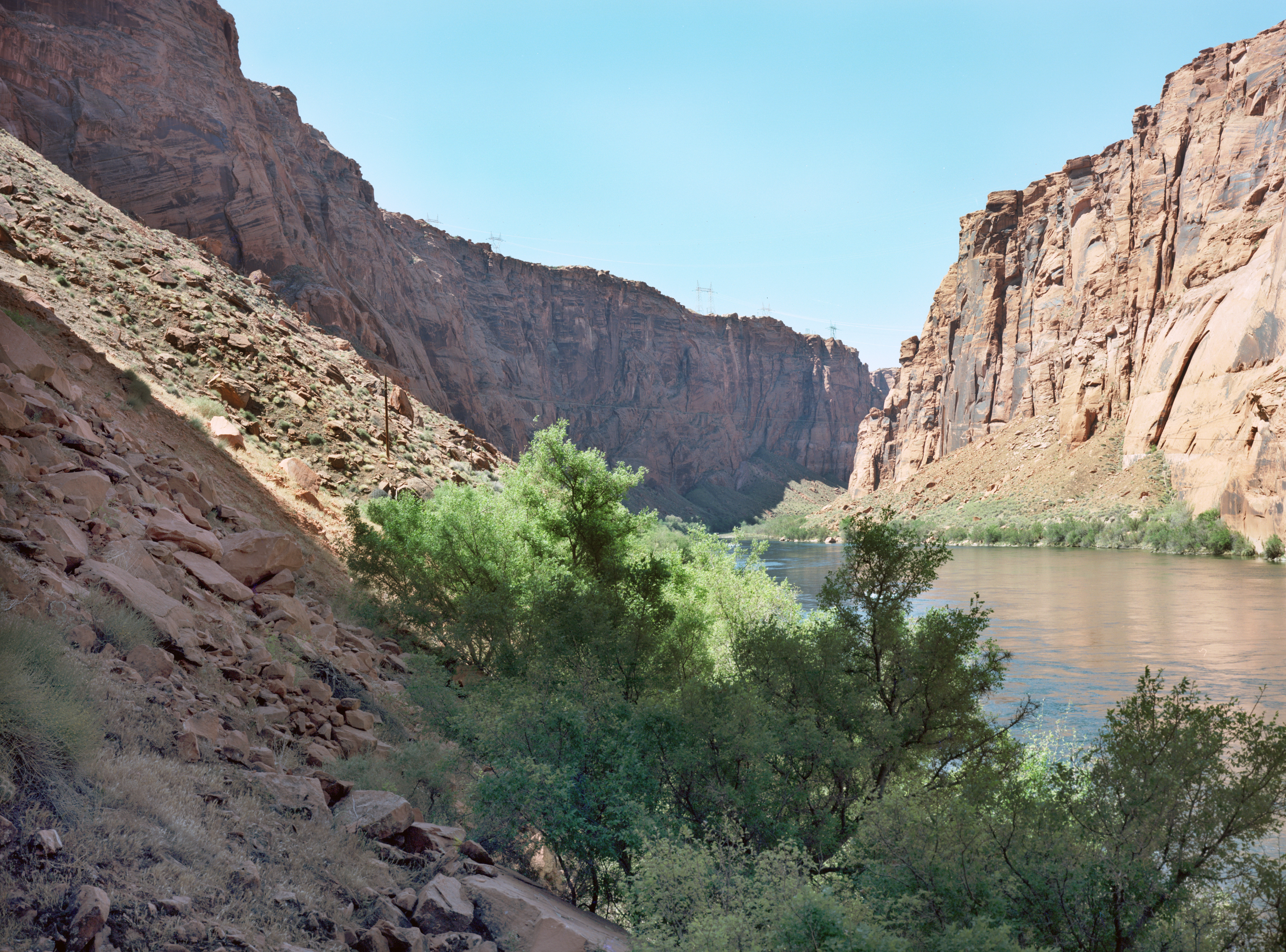 A USGS repeat photograph of Glen Canyon Dam taken on April 20, 2011, as a match to the 1889 Franklin Nims image of the site before the dam was built, at Colorado River mile -14.7, during the Stanton Expedition. This view was also matched in 1992 by the USGS. The view is taken looking downstream below the dam, from river left. Stake (camera point) s2638 in the SBSC's Southwest Repeat Photography Collection.

The netleaf hackberry have increased in both stature and number of individuals in the ensuing two decades, and the tamarisk visible along the opposite bank has increased as well. Many of the Mormon tea persist, while some of the four-wing saltbush and sand sagebrush have died, as has prickly pear cactus. The biological soil crust is still present albeit subdued, and the large boulder in the center foreground has rotated. Photo credit: Robert H. Webb, USGS.