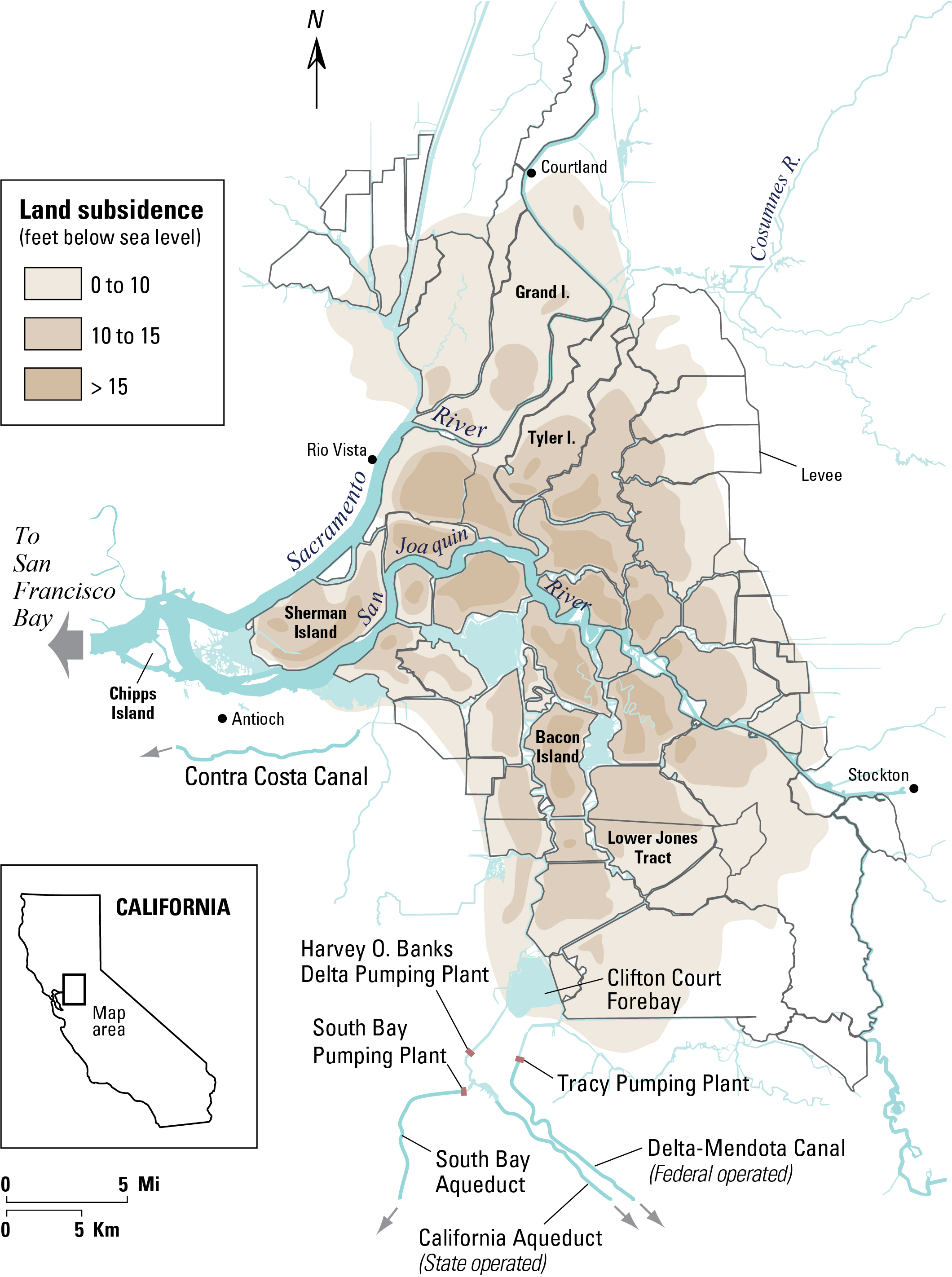 A map of subsidence in the Delta based on the leveling and observations of transmission-line foundations, circa 1930s-1990s. The subsidence increases stresses on the levee system, and failure of levees would cause salt water to move further up the Delta system by disrupting favorable gradients. This would degrade the quality of water that is the heart of water supply for California.

Delta Subsidence in California: The Sinking Heart of the State
USGS Fact Sheet 005-00. The Sacramento-San Joaquin River Delta of California once was a great tidal freshwater marsh blanketed by peat and peaty alluvium. Beginning in the late 1800s, levees were built along the stream channels, and the land thus protected from flooding was drained, cleared, and planted. Although the Delta is now an exceptionally rich agricultural area (over a $500 million crop value in 1993), its unique value is as a source of freshwater for the rest of the State. It is the heart of a massive north-to-south waterdelivery system. Much of this water is pumped southward for use in the San Joaquin Valley and elsewhere in central and southern California. The leveed tracts and islands help to protect water-export facilities in the southern Delta from saltwater intrusion by displacing water and maintaining favorable freshwater gradients. However, ongoing subsidence behind the levees reduces levee stability and, thus, threatens to degrade water quality in the massive north-to-south water-transfer system.