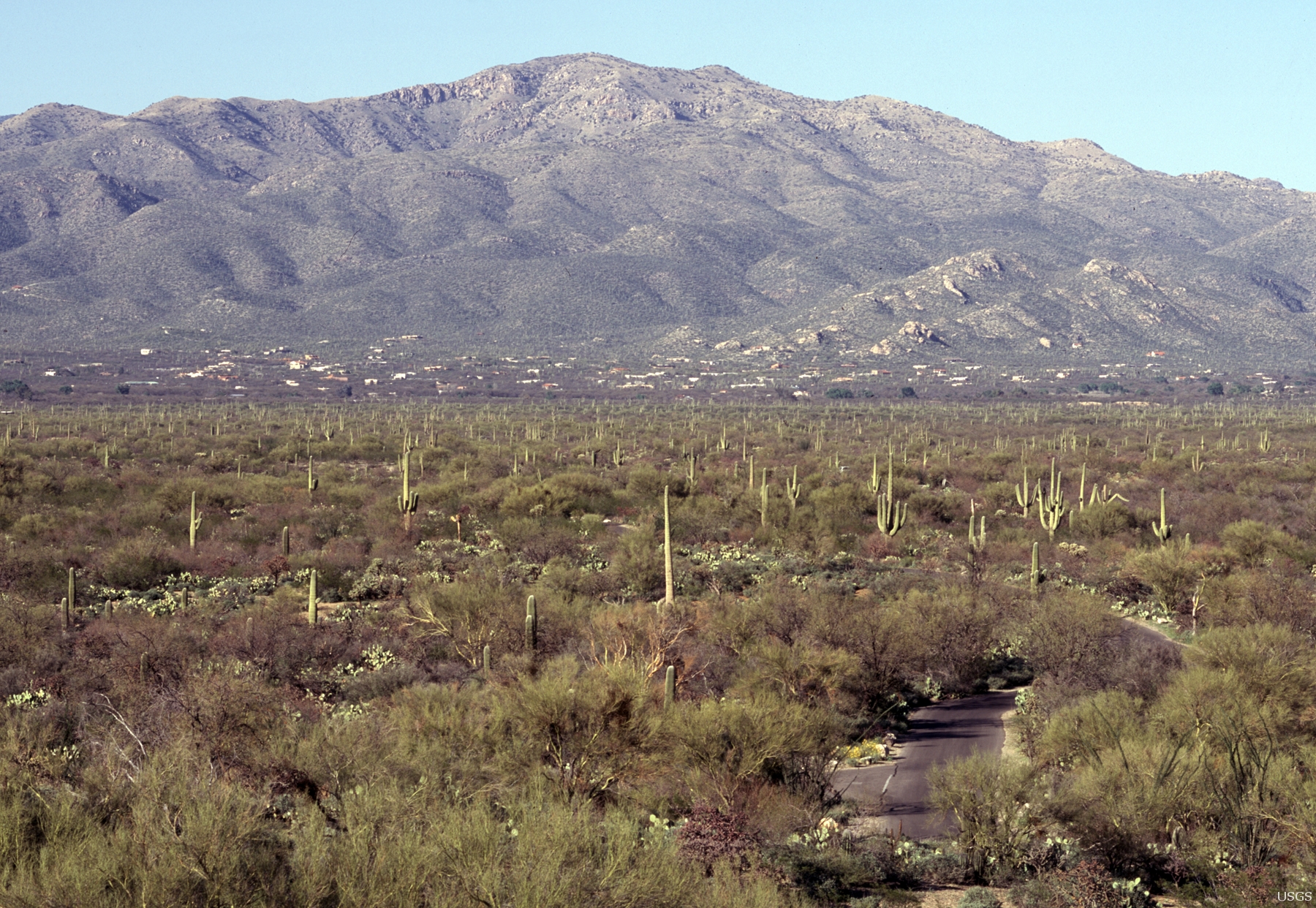 Saguaro National Monument is now Saguaro National Park. The decline is saguaros has continued but at a rate slightly less steep than predicted. Very few of the saguaro present in 1935 remain. Meanwhile, the regeneration of this forest has already begun, as shown by findings from a long-term study-plot located at left midground. There has been a sharp increase in establishment of new cacti, especially during the 1970s. Some of these new plants are now visible. Given time, the entire flat might once again look as it did in the 1930s. An increase in both size and number of velvet mesquite, foothill paloverde, and other woody plants makes the overstory noticeably denser than in 1960. Brittlebush is still the dominant small shrub in the foreground. Beyond the park boundary, construction of houses is removing saguaro habitat at a rapid rate and will doubtless have an impact on regeneration trends there. Note the increase in large trees along Tanque Verde Creek. (Raymond M. Turner).