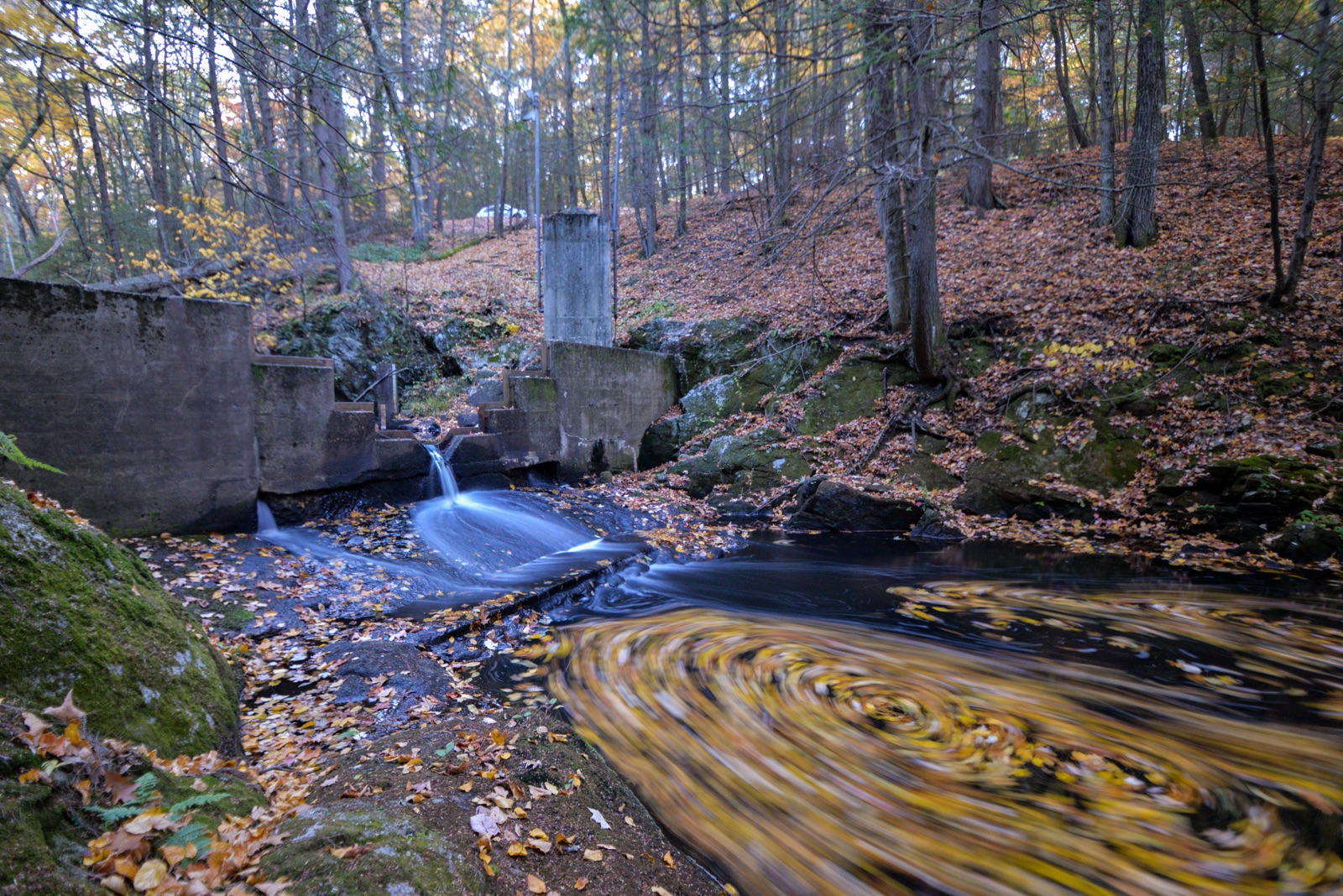 A beautiful capture of a streamgage at Bunnell Brook near Burlington, CT.

A weir structure controls the height of the water, so a stable relation between stream stage and flow can be maintained. The gage house is the concrete structure in the photo, and has been used to collect streamflow data since 1931. Recent drought conditions have reduced the flow to a trickle, and daily streamflows in October, 2016 were a new record low for October.

In addition to a long streamflow record, water sampling has been done on this site routinely since the early 1970s. These long records have made this stream important in understanding long-term trends in streamflow and water quality. A recent analysis of streamflow and water quality, that included this site, determined that (with the exception of this year) streamflows at this site have been increasing in the the summer and fall, since the 1970s. The study also determined that nitrogen and chloride loads have been increasing, but phosphorus loads have decreased since the 1970s.

Increasing nitrogen loads may be due to increasing suburban development, including additional septic systems and lawn areas that receive fertilizers. While uncertain in this watershed, decreases in phosphorus have been noted statewide, and may relate to a ban on phosphate laundry detergents, and the loss of agricultural land since the 1970s. The increase in chloride is likely due to increasing use of deicing salts in the watershed with increased development.