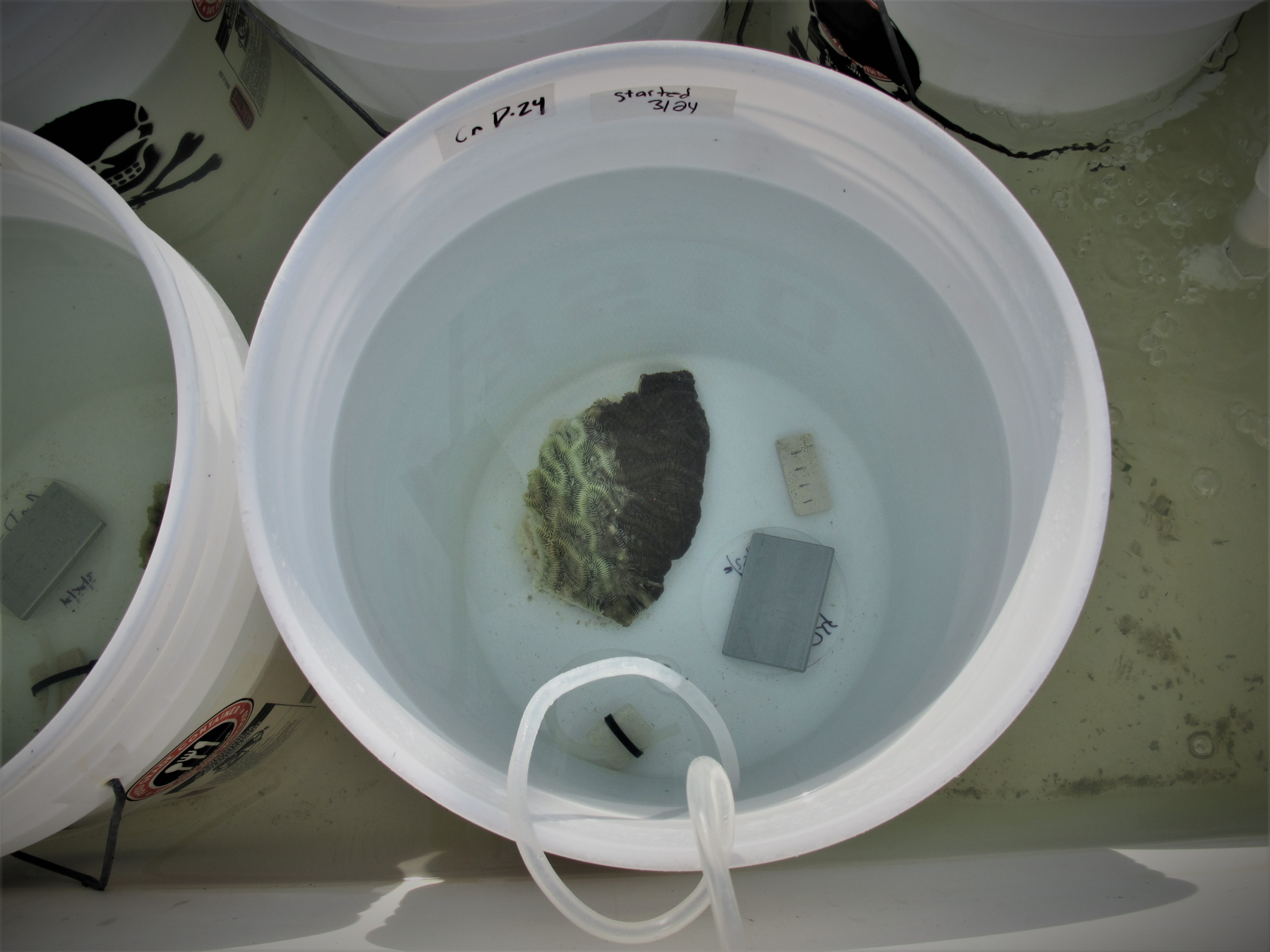 Biofilms are mats of microorganisms that stick together and form a layer, or “film,” on and within objects in the water—including ships—which could represent one possible mechanism for the spread of microbes (and potentially SCTLD’s unknown causative agent) from one region to another. To test this theory, scientists at the St. Petersburg Coastal and Marine Science Center led an experiment that involved growing biofilms in controlled environments with either healthy or diseased corals. The team sequenced DNA from these biofilms and found matches to genetic sequences previously found in corals infected with SCTLD. The scientists concluded that ship biofilms could potentially be a viable way for the disease to spread. This puts the scientific community one step closer to understanding this disease so that managers can develop strategies to prevent and further mitigate the destruction of critical coral reef habitats.