A time-averaged image from Duck, North Carolina, on September 1, 2015 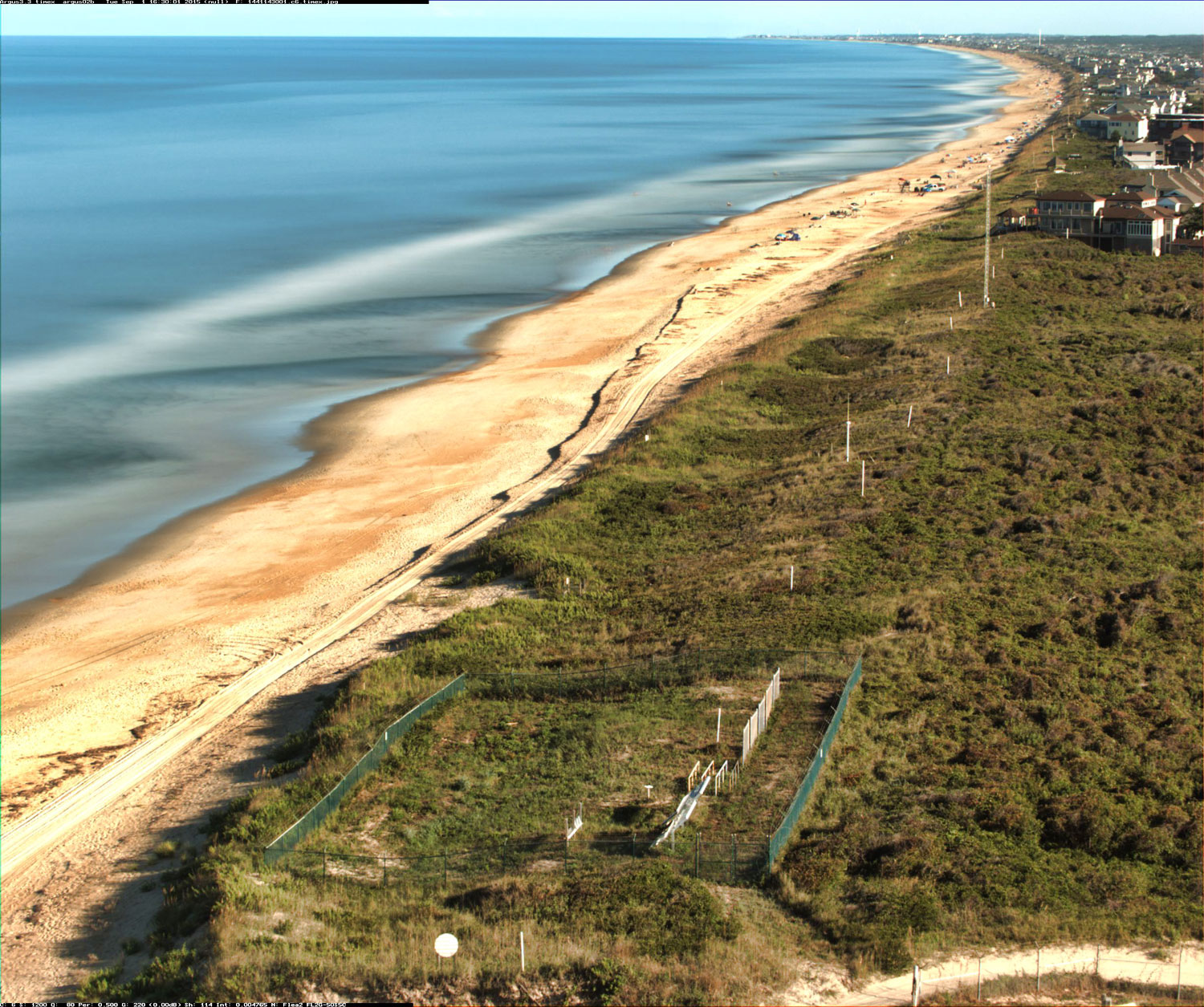 The relatively new camera stations at Santa Cruz and Madeira Beach have not yet imaged many rip channels, so this is an example from the U.S. Army Corps of Engineers Field Research Facility in Duck, North Carolina. In this time-averaged image from video taken September 1, 2015, the dark horizontal bands perpendicular to the beach indicate rip channels. Also note the white band parallel to the shoreline indicating an offshore sandbar.