Topographic and bathymetric map of the island of Hispaniola. 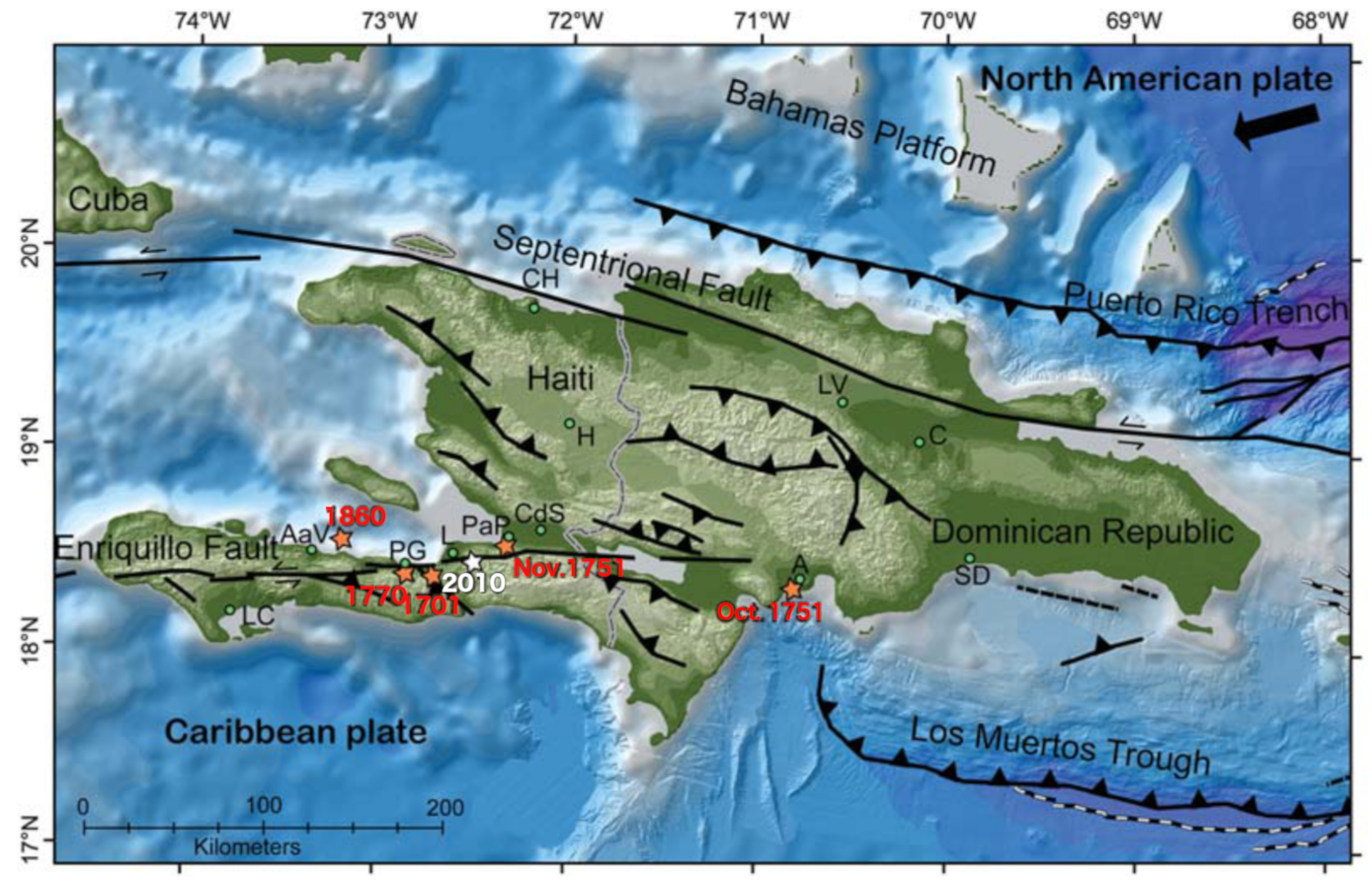 Map of the island of Hispaniola that include the countries of Haiti and the Dominican Republic. Fault traces are shown as lines with the following descriptions: barbed=thrust fault; solid=strike-slip fault with arrows showing relative direction of motion; black and white=normal fault. The arrow at the top right corner shows the direction of the North American plate motion relative to the Caribbean plate. The intensity centers of historical events on or near the Enriquillo fault are shown as orange stars. The epicenter of the 2010 mainshock is shown as a white star. The zone of 2010 aftershocks, and the presumed rupture of the 2010 mainshock, is located along the Enriquillo fault from the white star to the 1701 earthquake orange star. The small green circles are the locations of towns mentioned in the text: A=Old Azua; AaV=Anse a Veau; C=Cotui; CdS=Cul-de-Sac; CH=Cap Haitien; H=Hinche; L=Leogane; LC=Les Cayes; LV=La Vega; PaP=Port-au-Prince; PG=Petit Goave; SD=Santo Domingo.