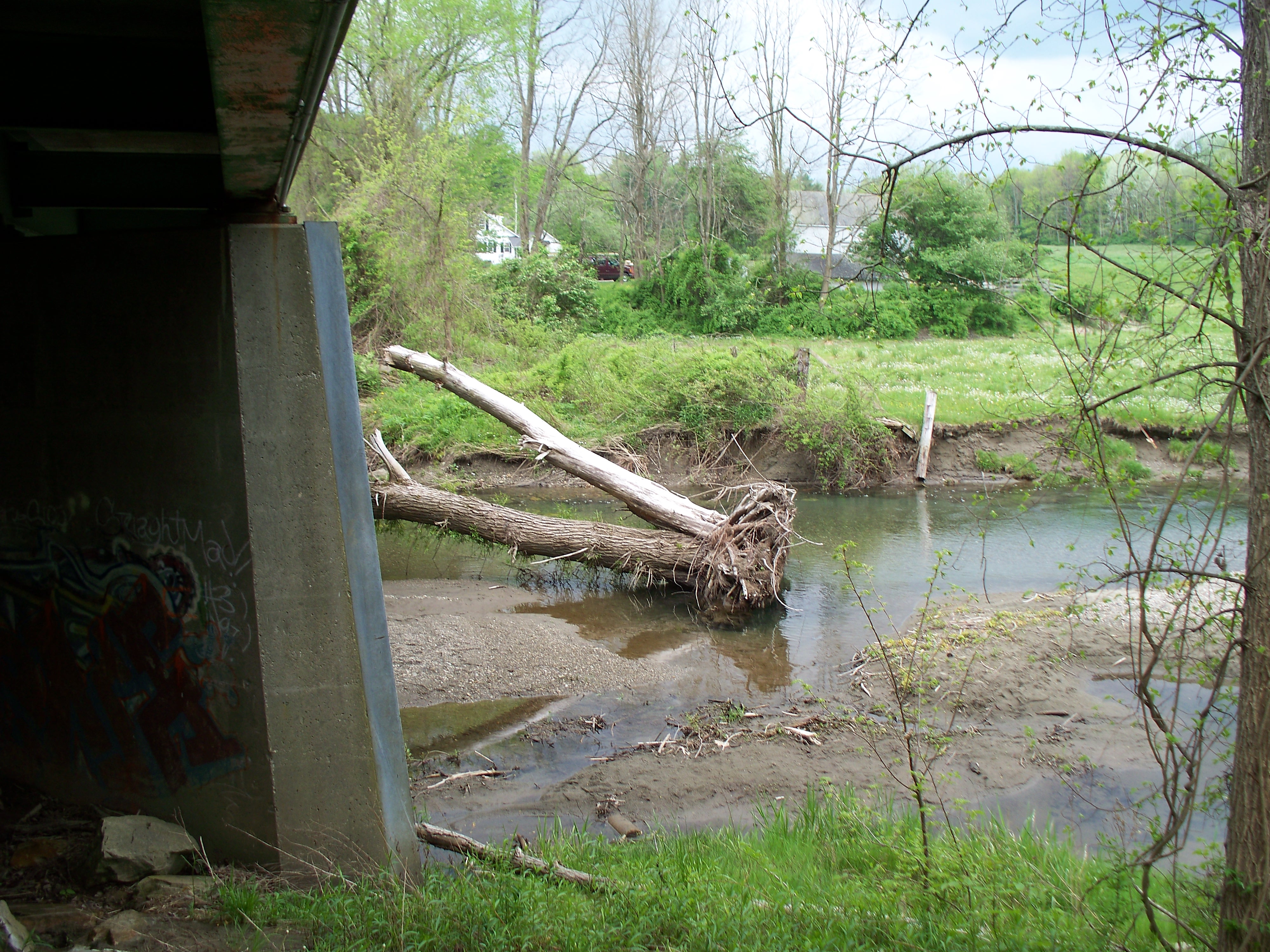 The impacts of Tropical Storm Irene lingered on long after the storm. This photo shows the Green River in Great Barrington, Massachusetts (USGS station ID 01198000) and was taken on May 14, 2012, almost a year after Irene. This tree was lodged under the Hurlburt Rd. bridge during Irene and was still lodged under the bridge after the storm. It was removed by the State of Massachusetts later that year. The tree caused the river to change course and it has been eroding the bank on the opposite side ever since; the property owner lost a fence due to the erosion. 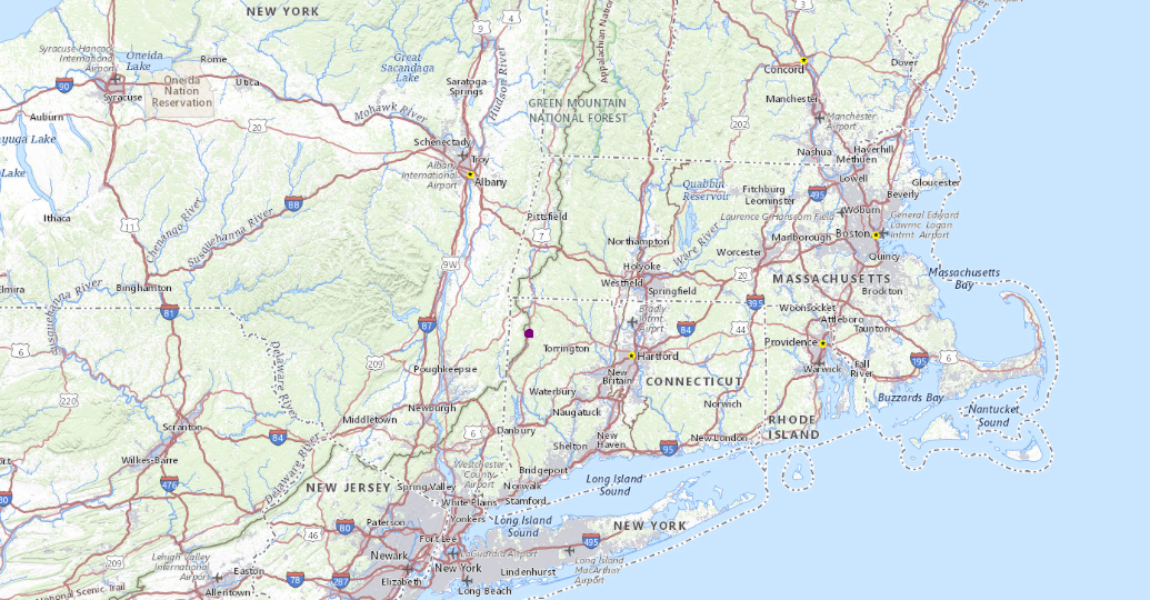