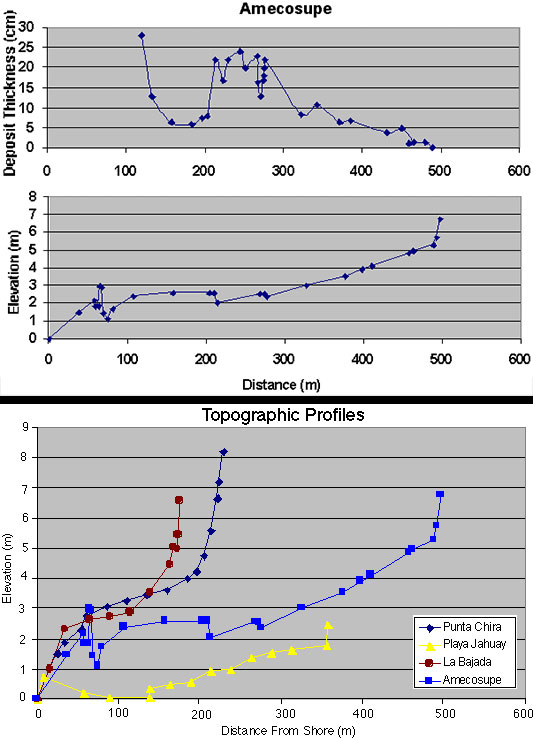 Top graph: The deposits from the tsunami exhibited a wide variety of forms throughout the study area. Thickness varied both with distance inland and with site. The thickest deposits measured were at Amecosupe. While sedimentary structures were usually absent, many deposits contained 2-4 internal layers. Each layer is believed to represent deposition from a single wave within the tsunami wave train. Eye-witness accounts report that the tsunami consisted of 3-4 waves, with the second and third waves being the largest. The greatest run-up measured (from mid-swash, uncorrected for tides) was 8.2 meters at Playa la Chira. The greatest inundation distance measured (from mid-swash, uncorrected for tides) was 760 meters at La Quinta. The 1st ITST measured inundation distances of up to 1 km at some locations. Bottom graph: Topographic profiles from four sites surveyed by the team.

Preliminary Analysis of Sedimentary Deposits from the June 23, 2001 Peru Tsunami