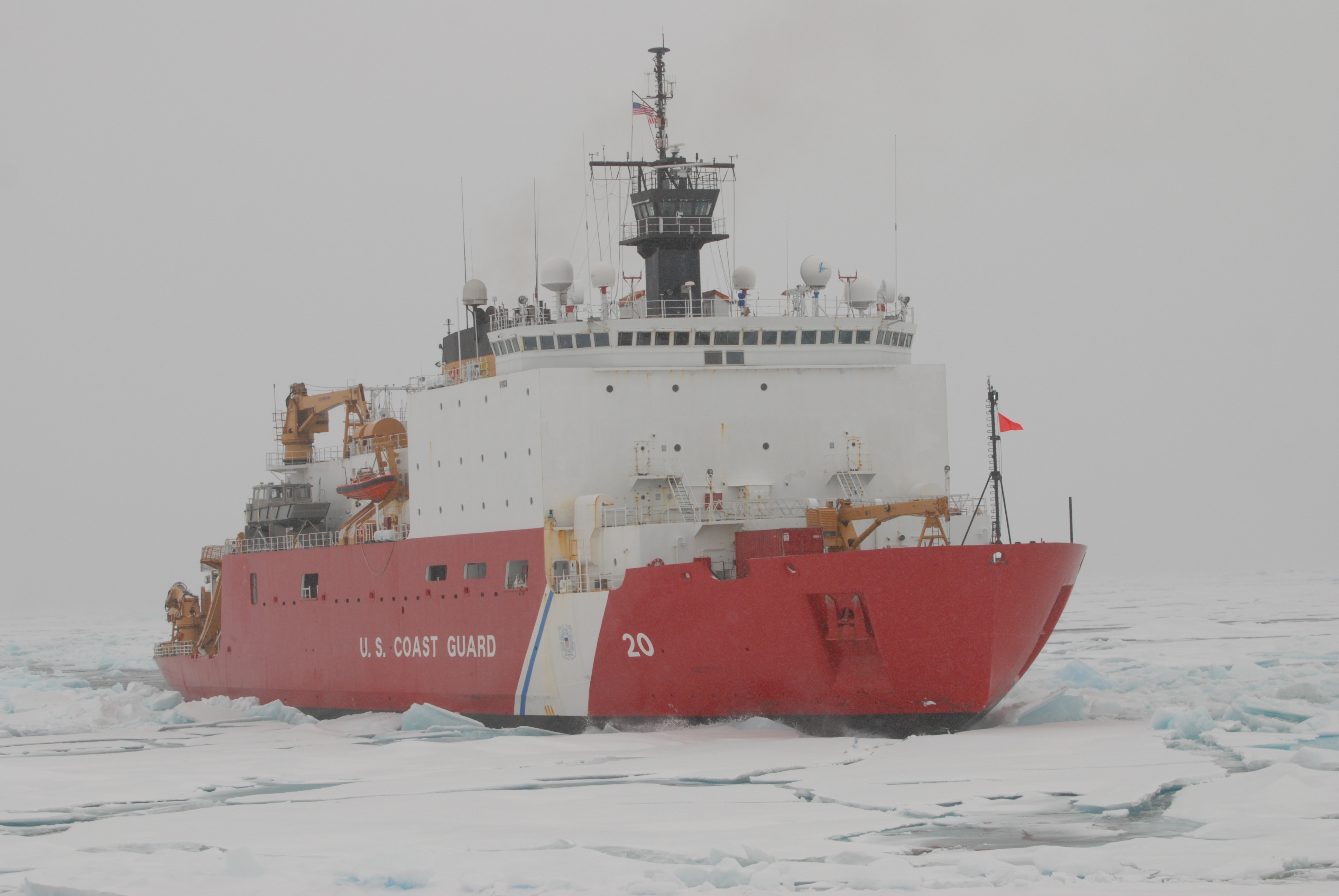 USCG Healy is circling to pass CCGS Louis in order to break her free from the ice. The joint field program utilized two icebreakers so that the seismic vessel, with gear in the water behind the ship, could be broken free when the ice prevented her forward progress. A ship towing gear has limited maneuverability, so a second ship to do the ice breaking saved hauling (and potentially damaging) gear whenever Louis was stuck.  Healy generally broke the ice ahead of Louis to create a less ice-clogged path for Louis, but sometimes this did not prevent Louis from being stuck.  Healy is here doing her job of breaking Louis free of the ice jam.  In ice conditions that were too severe for seismic data acquisition, the seismic gear was stowed aboard Louis and Louis broke ice ahead of Healy so that Healy could acquire high-quality multibeam bathymetry data.