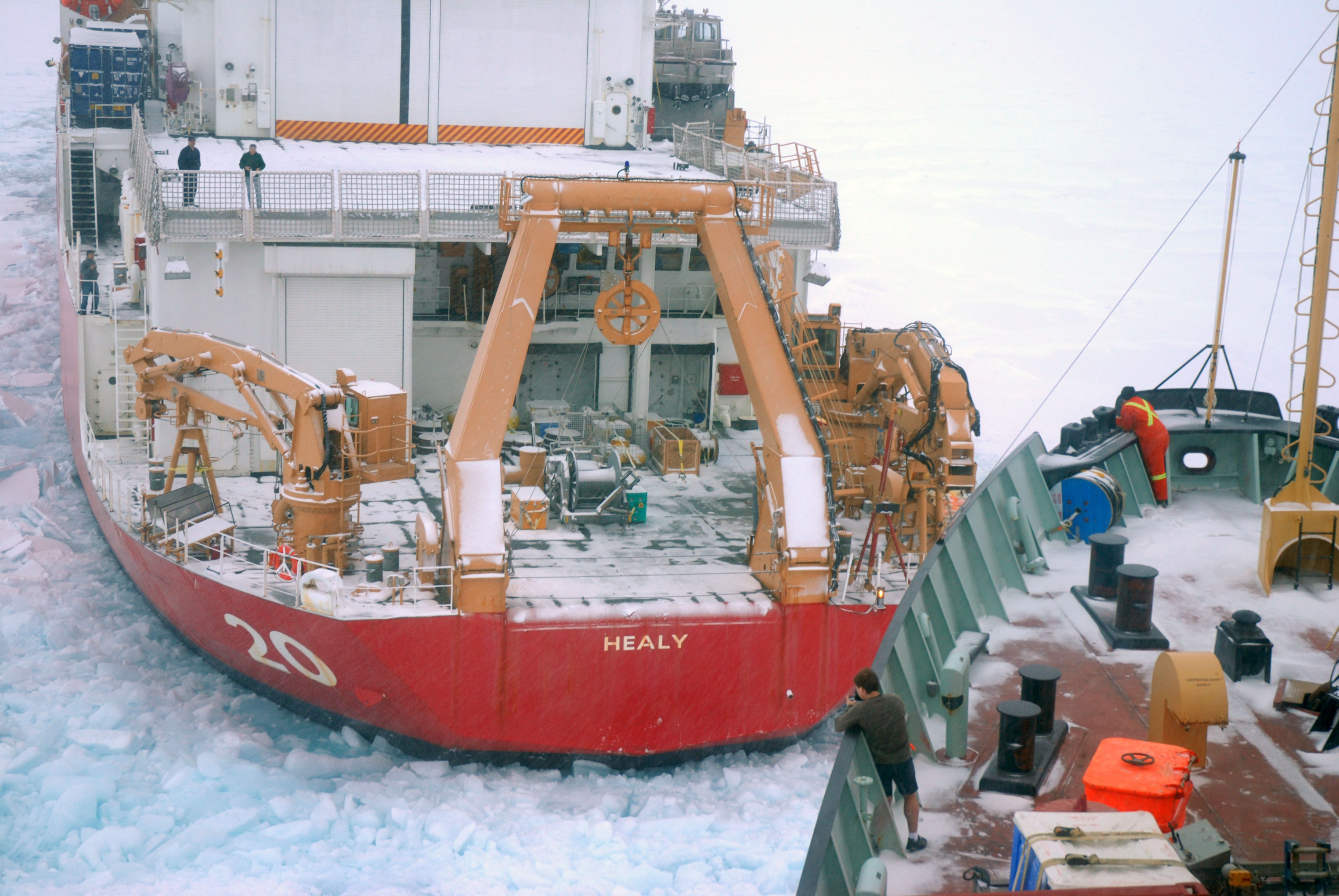 It is very unusual for large (400 ft) vessels to be so close together during normal science operations.  In this case, the skilled ship handling of the Captain from USCGC Healy enabled Healy to back within ~75 ft of Louis to clear ice around the bow of Louis, thereby releasing pressure and allowing her to move again. Observers from Louis and Healy are watching and taking pictures of this unusual move, and one of the mates from Louis (orange survival suit) is monitoring the distance between vessels.  It is snowing hard.