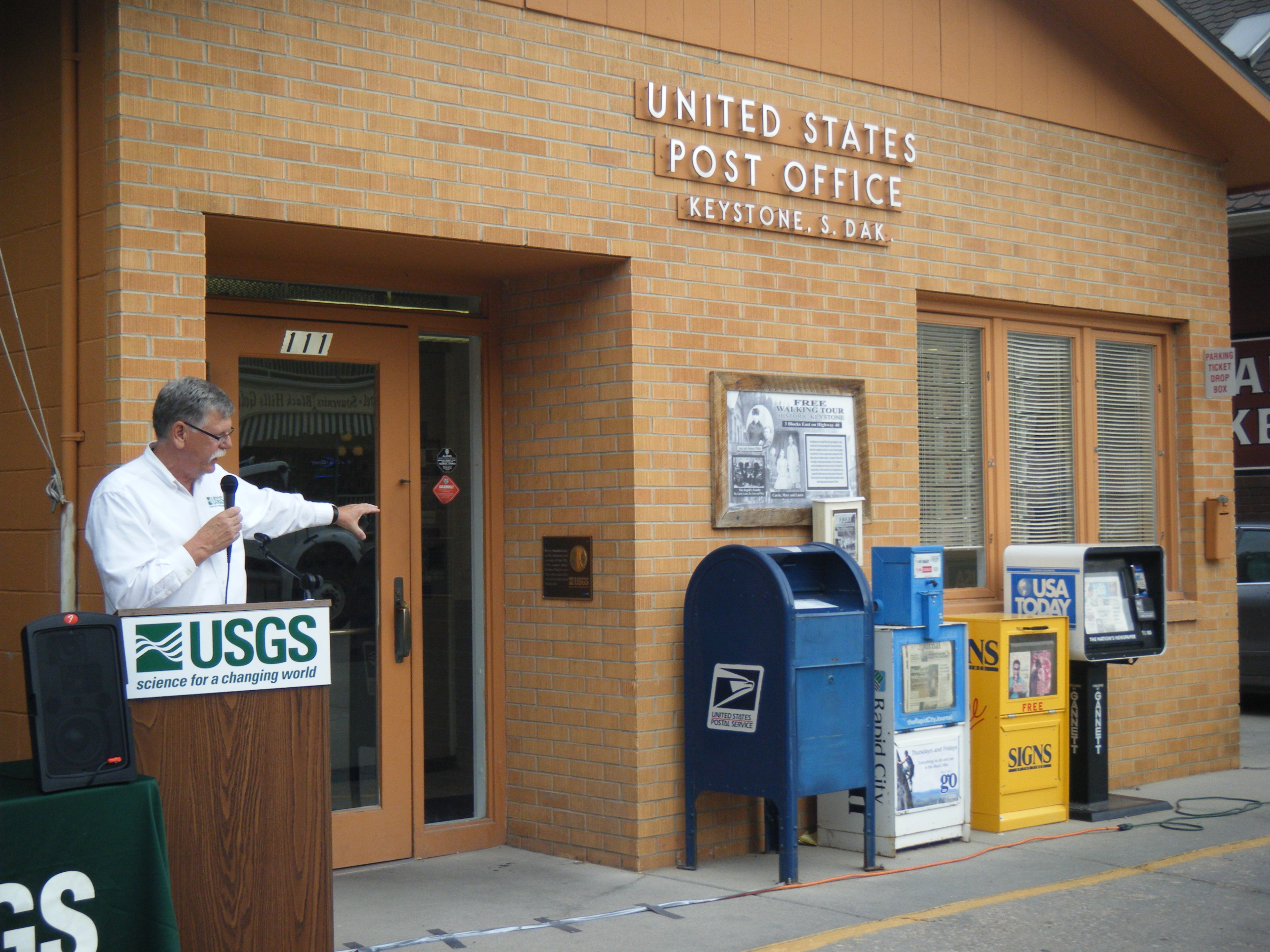 Mark Anderson, Director of the USGS South Dakota Water Science Center, dedicated a flood marker at the Post Office in Keystone, SD, in June 2012 to commenorate the 40th anniversary of the devastating 1972 flood in the Black Hills of South Dakota. This historic flood set many record peak discharges that remain today, and the communities of Rapid City and Keystone were changed forever by the loss of life and property damage. At least 13 lives were lost during the 1972 flood in Keystone; most of the deaths were tourists. The flood marker shows how high the water level was during the 1972 flash floods along Grizzly Bear Creek and Battle Creek.