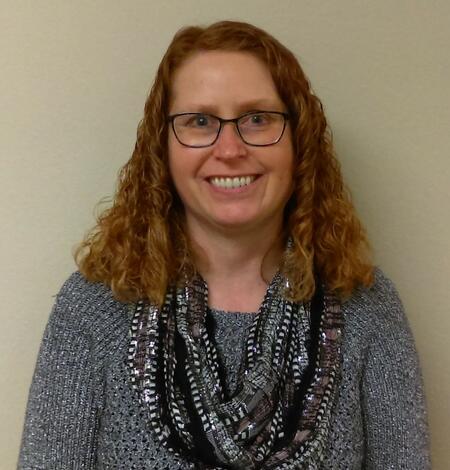 I began working for the U.S. Geological Survey in 1990 as a student hydrologist. In 1994, I became a hydrologist with the South Dakota Water Science Center working in the Huron and Rapid City offices performing research on water quality and groundwater. I worked on many studies in South Dakota and several regional, national, and international studies. I also served as the report specialist for the South Dakota Water Science Center and other Centers within the USGS. In 2016, I became the Deputy Director for Studies for the then newly formed Dakota Water Science Center. In April 2019, I transitioned to a Bureau Approving Official with the Office of Science Quality and Integrity. I have authored or co-authored more than 50 scientific publications and thoroughly enjoyed working on all of them.

Estimates of water use associated with continuous oil and gas development in the Williston Basin, North Dakota and Montana, 2007–17

Jewel Cave National Monument in the Black Hills of southwestern South Dakota has more than 200 miles of mapped cave passages and several subterranean lakes that have been discovered since 2015. Jewel Cave is one of the world’s longest known caves and its natural beauty and unique natural cave features led U.S. President Theodore Roosevelt to designate the cave as a national monument in 1908. Jewel
By
Dakota Water Science Center
September 30, 2019

An analytical framework was designed to estimate water use associated with continuous oil and gas (COG) development in support of the U.S. Geological Survey Water Availability and Use Science Program. This framework was developed to better understand the relation between the production of COG resources for energy and the amount of water needed to sustain this type of energy development in the Unit
By
Dakota Water Science Center, Wyoming-Montana Water Science Center
March 14, 2019

Climate, streamflow, and lake-level trends in the Great Lakes Basin of the United States and Canada, water years 1960–2015

Water levels in the Great Lakes fluctuate substantially because of complex interactions among inputs (precipitation and streamflow), outputs (evaporation and outflow), and other factors. This report by the U.S. Geological Survey in cooperation with the Great Lakes Restoration Initiative was completed to describe trends in climate, streamflow, lake levels, and major water-budget components within t
July 20, 2018

As the Nation’s principal earth-science information agency, the U.S. Geological Survey (USGS) is depended upon to collect accurate data and produce factual and impartial interpretive reports. Methods for data collection and analysis that were developed by the USGS have become standard techniques used by numerous Federal, State, and local agencies and by private enterprises. The USGS has implemente
By
Dakota Water Science Center
March 15, 2018

Hydrogeologic framework and groundwater conditions of the Ararat Basin in Armenia

Armenia is a landlocked country located in the mountainous Caucasus region between Asia and Europe. It shares borders with the countries of Georgia on the north, Azerbaijan on the east, Iran on the south, and Turkey and Azerbaijan on the west. The Ararat Basin is a transboundary basin in Armenia and Turkey. The Ararat Basin (or Ararat Valley) is an intermountain depression that contains the Aras R
By
Water Resources, Dakota Water Science Center
September 28, 2016

Ulaanbaatar, the capital city of Mongolia (fig. 1), is dependent on groundwater for its municipal and industrial water supply. The population of Mongolia is about 3 million people, with about one-half the population residing in or near Ulaanbaatar (World Population Review, 2016). Groundwater is drawn from a network of shallow wells in an alluvial aquifer along the Tuul River. Evidence indicates th
By
Water Resources, Dakota Water Science Center
June 14, 2016

Mountain snowpack is an important contributor to runoff in the Upper Missouri River Basin; for example, high amounts of winter and spring precipitation in the mountains and plains in 2010–11 were associated with the peak runoff of record in 2011 in the Upper Missouri River Basin. To project trends in peak mountain snowpack and runoff in the upcoming decades, multiple linear regression models of pe
By
Water Resources, Dakota Water Science Center
May 18, 2016

The U.S. Geological Survey’s (USGS) Water Availability and Use Science Program (WAUSP) goals are to provide a more accurate assessment of the status of the water resources of the United States and assist in the determination of the quantity and quality of water that is available for beneficial uses. These assessments would identify long-term trends or changes in water availability since the 1950s
By
Water Resources, Dakota Water Science Center
May 18, 2016

The U.S. Geological Survey (USGS) and U.S. Agency for International Development (USAID) began a study in 2016 to help build science-based groundwater tools and capacity for the Ararat Basin in Armenia. The growth of aquaculture and other uses in the Ararat Basin has been accompanied by increased withdrawals of groundwater, which has resulted in a reduction of artesian conditions (decreased springf
By
Water Resources, Dakota Water Science Center
link 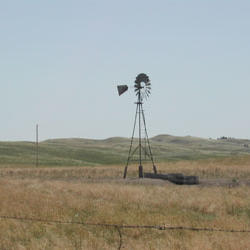 The U.S. Geological Survey's National Water-Quality Assessment (NAWQA) Program recently completed a national assessment of volatile organic compounds (VOCs) in ground water (Zogorski and others, 2006). As part of this assessment, samples of ambient ground water collected from 3,498 wells during 1985-2002 were selected for characterizing the occurrence of 55 VOCs in 98 aquifer studies. The 55 VOCs
By
Water Resources, Dakota Water Science Center
link
March 27, 2017

Public Invitation: The State of Your State’s Vital Water Resources

Media and the public are invited to attend a free meeting about South Dakota water issues on Thursday, April 6, in Rapid City, South Dakota.

Media and the public are invited to attend a free meeting about South Dakota water issues on Thursday, April 7, in Rapid City, South Dakota.

Media and the public are invited to attend a free meeting and field trips about South Dakota water issues on April 15 and 16 in Rapid City.

The public and media are invited to attend a free conference about critical South Dakota water issues on April 9 in Rapid City. The John T. Loucks...
Read Article 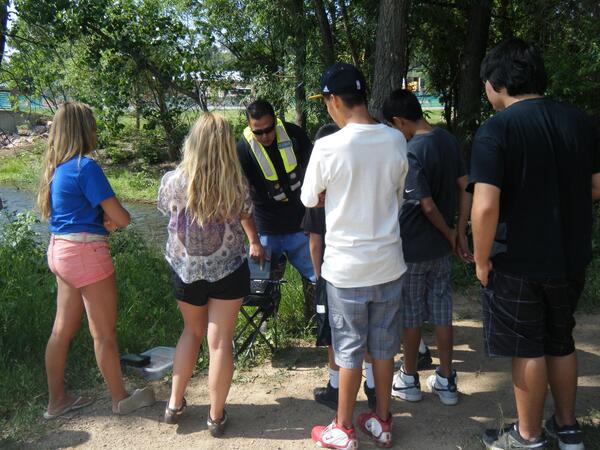 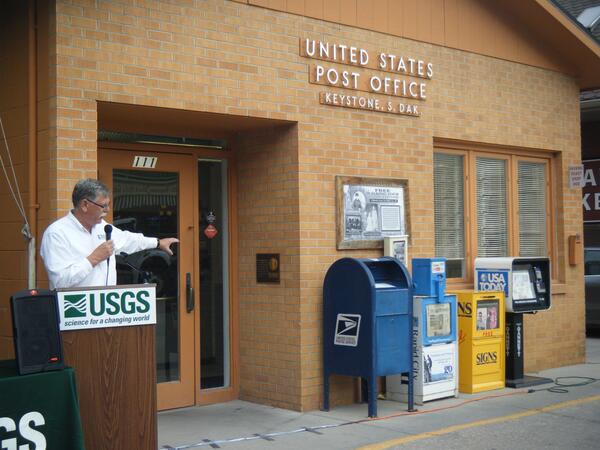 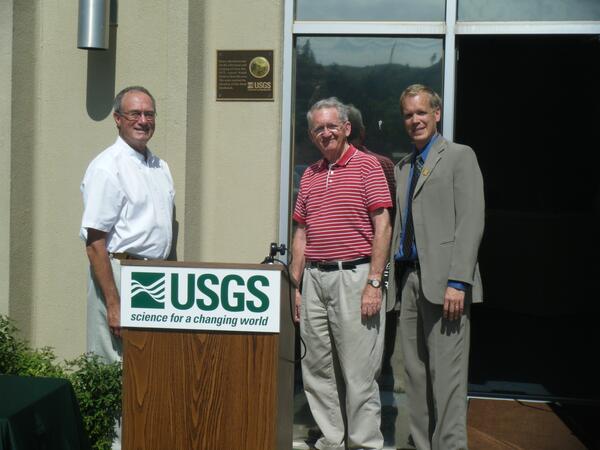 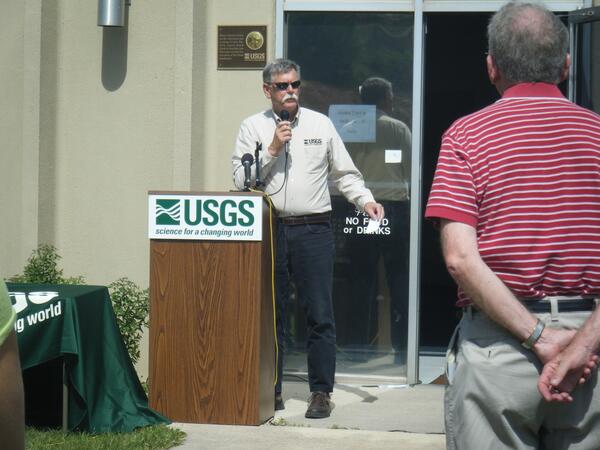 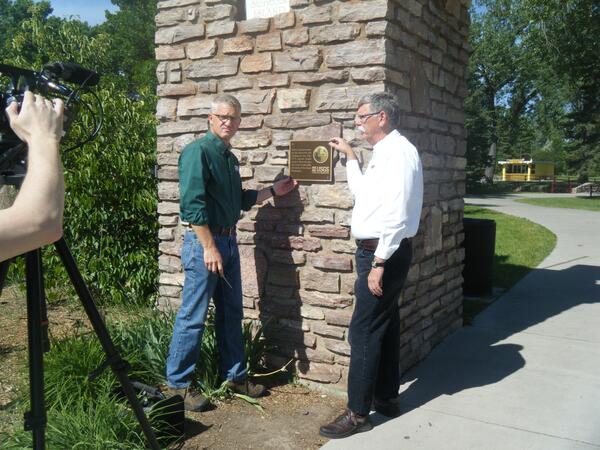 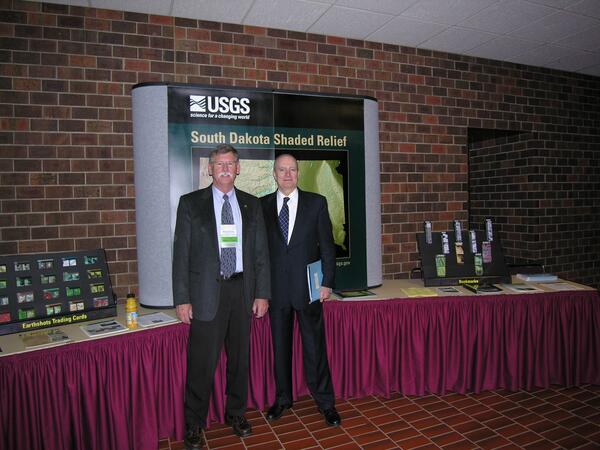