Just a few days ago, Mauna Loa, the tallest active volcano on the planet, started erupting for the first time in 38 years. Mike Poland, the scientist-in-charge of the Yellowstone Volcano Observatory, talks about the parallels and differences between Hawaiian and Yellowstone volcanism and describes recent activity at Yellowstone in this monthly update for December 1, 2022.

What’s similar? Both Yellowstone and Hawaiian volcanoes occur in the middle of tectonic plates, far from plate boundaries. Both are “powered” by what we call hotspots, anomalous areas of melting sourced deep within the earth. As it rises up, it burns its way through the tectonic plate and lava erupts onto the surface to form a volcano. As the tectonic plate moves, the volcano is carried away from the hotspot source, and the hotspot punches through again to create a new volcano. So for hotspots, you can follow a trail of volcanoes that gets older and older the farther you get from the hotspot. In Hawaii, this is a trail of old islands and seamounts that stretches all the way back to Russia and Kamchatka. In Yellowstone, we see that trail stretching across southern Idaho along the Snake River Plain.

There are some important differences between Hawaiian volcanoes and Yellowstone. Hawai'i is on an oceanic plate, and that allows magma to rise more quickly. It has a basaltic composition with less silica and flows easily to build shield-shaped volcanoes.

But Yellowstone is on a continental plate and the magma rises much more slowly. Eruptions are much less frequent, and the magma that's generated has a different composition. It is higher in silica and called rhyolite. Rhyolite has much more potential to erupt explosively.

Regarding recent activity at Yellowstone, November was an average month for seismicity. The University of Utah Seismograph Station located 174 earthquakes. The trends in ground deformation continue without significant change. Steamboat Geyer had a water eruption on November 5, the 10^th^ eruption this year. 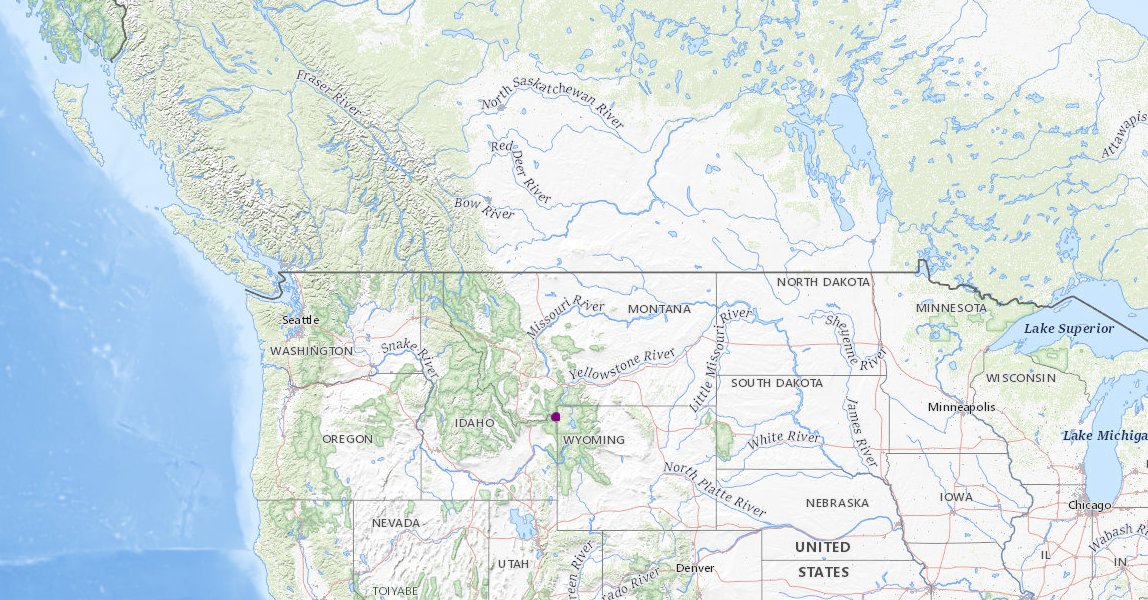