Before and After: Coastal Change Caused by Hurricane Irma

New high angle oblique photos of portions of Florida’s beaches taken before and after Hurricane Irma made landfall and swept up the state show the impact of the hurricane’s storm surge and waves.

New high angle oblique photos of portions of Florida’s beaches taken before and after Hurricane Irma made landfall and swept up the state show the impact of the hurricane’s storm surge and waves.  These NOAA images document changes to the coast after the storm, helping the USGS fine-tune its coastal change forecasting model.

“The hurricane's observed impact on Florida was significantly less than the pre-storm prediction,” said Kara Doran, a USGS research scientist on the National Assessment of Coastal Change Hazards storm team. “The coastal change forecast for Irma was based on the National Hurricane Center's predictions which had significantly more surge and greater waves along the Gulf coast than actually occurred”

Doran and her colleagues are working on a detailed assessment of Irma’s effects on the Florida’s vulnerable shorelines. The team is currently comparing low-altitude, oblique aerial photos taken in 2017 to photos collected a few days after Hurricane Irma made landfall.

“High altitude satellite images give us a big picture view of the coastline, and that’s very useful to identify large areas of overwash, but we can’t see the dunes in those images,” Doran said.  “These lower-altitude oblique photos give us a clearer view of the beach and dunes. We can see whether the storm surge and waves altered or eliminated that protective barrier, and what happened to the houses and roads.”

When a storm is about to strike the U.S. Atlantic or Gulf coast, the team forecasts the likelihood of coastal erosion and other changes, using a computer model that incorporates the National Hurricane Center’s storm surge predictions and National Oceanic and Atmospheric Administration wave forecasts. The USGS model adds information about the beach slope and dune height to predict how high waves and surge will move up the beach.

The model forecasts three types of storm impact to the dunes that protect coastal communities: erosion, overtopping, and inundation, or flooding that reaches over and behind the dunes. After a storm has passed, the researchers test the model’s accuracy using information about the state of the dunes from before-and-after photographs and other data.

The U.S. Army Corps of Engineers, in collaboration with the USGS, is conducting a series of data collection flights along the Florida coasts using airborne lidar, a technology that bounces beams of laser light at the ground to produce detailed elevation information about the surface below. Using that information, the USGS researchers can estimate the volume of sand that Hurricane Irma moved off of Florida beaches, measure the height and breadth of the remaining dunes, and be ready to forecast the erosion potential of the next storm.

Main image: The northern end of Little Talbot Island illustrates the processes of overwash and dune erosion due to Hurricane Irma. The low-lying sand spit near the top of the image overwashed due to high surge and waves while the dunes to the south show scarping indicative of dune erosion. Predicted probabilities of dune erosion and overwash were 98% and 73% for this location. 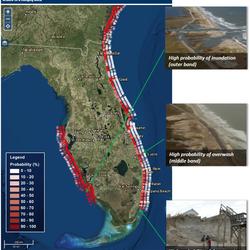 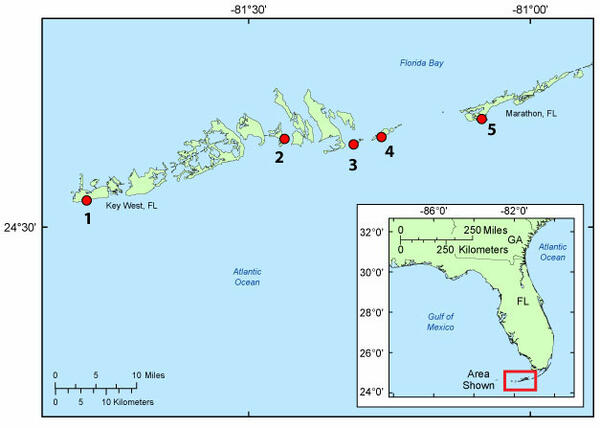 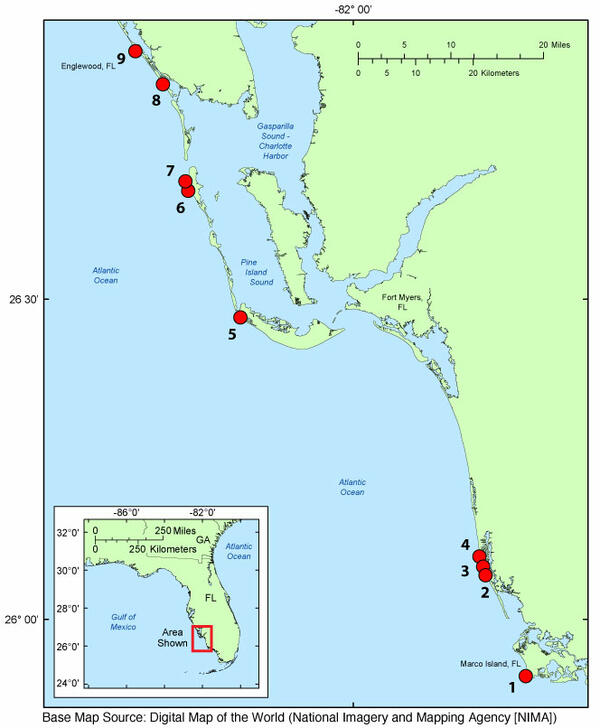 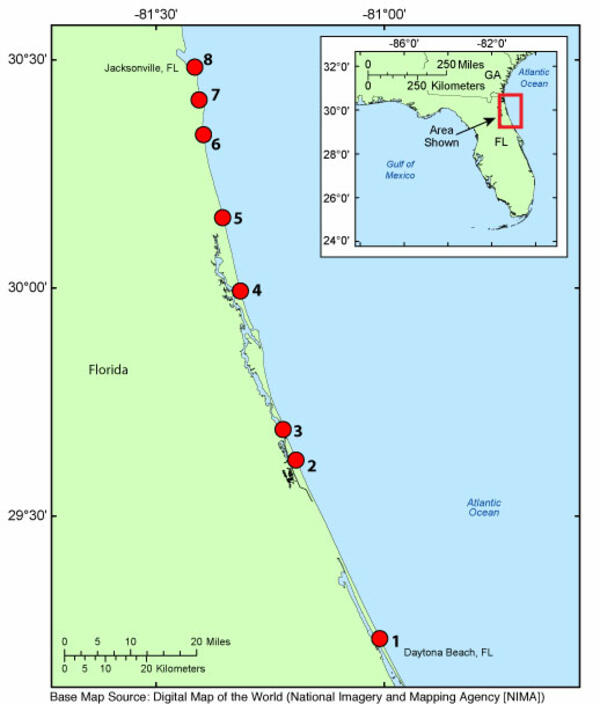