“We’re seeing the loss of forests in many places,” said Matthew Hansen, a professor at the University of Maryland. “Dynamics include increasing tropical deforestation, more frequent and severe boreal forest fires, disease in temperate forests and the commoditization of subtropical forests.”

If trees could talk, they would say that Hansen is among their best friends. He is one the world's foremost forest sentries.

“Forest landscapes are very often converted to more intensive land uses such as croplands and pasture,” said Hansen. “These changes impact the various ecosystem services that forests provide, including beneficial climate and water functions and favorable habitat for biodiversity.”

In 2013, Hansen and several colleagues used data exclusively from the Landsat 7 satellite to produce the first global, high-resolution maps of tree growth and disappearance around the globe. The uniform data from more than 650,000 scenes, spanning the years 2000–2012, ensured a consistent global perspective across time, national boundaries, and regional ecosystems.

The 2013 global survey found that Russia experienced the most forest loss overall—in absolute numbers—over the study period. Brazil experienced the second highest level of forest loss. Other countries, including Malaysia, Cambodia, Côte d’Ivoire, Tanzania, Argentina, and Paraguay, experienced a greater proportional loss of forest cover. Indonesia exhibited the largest increase in forest loss; its annual losses during 2011–2012 were twice those of 2000–2003.

Due to mounting concerns about the state of forests worldwide, some nations and corporations are under increasing pressure to show that they are taking effective action to conserve forests. Authoritative data from Landsat and other Earth observation systems can contribute to assuring the global community that international commitments for forest preservation or corporate claims for sustainability are being upheld. 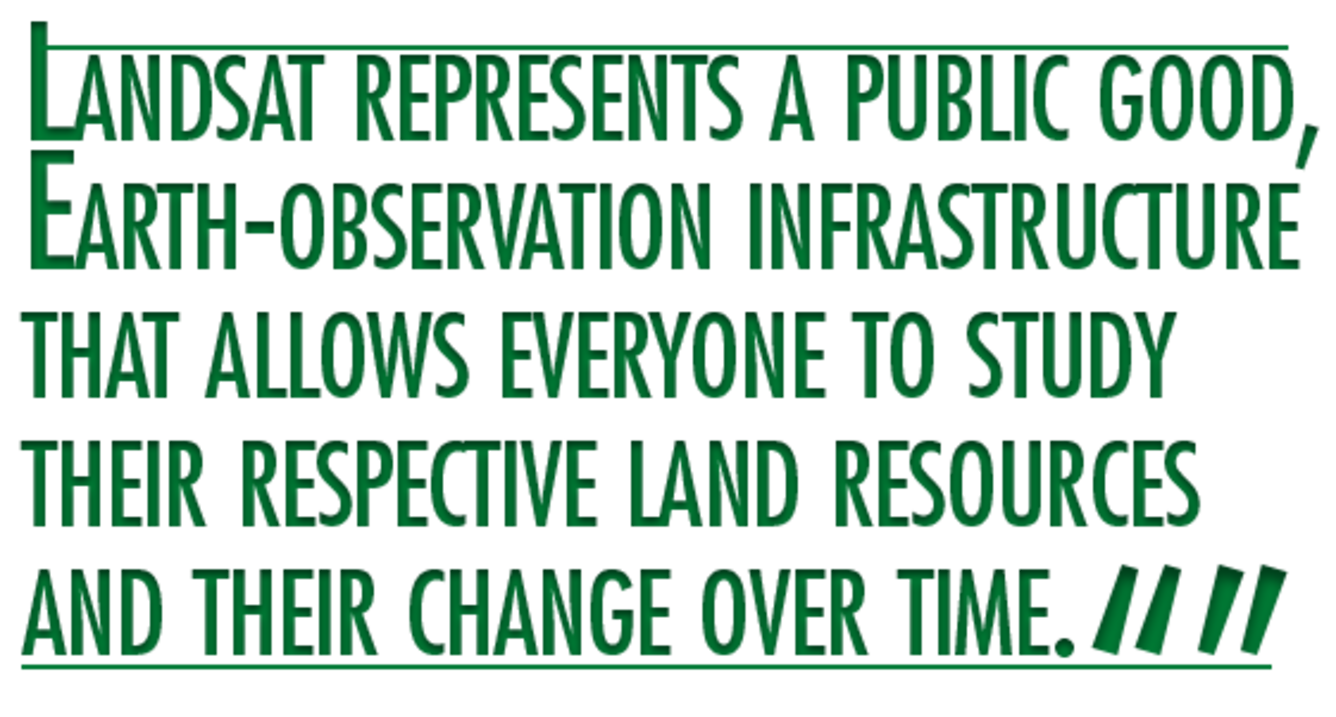 "This global perspective was only feasible with the existence of free Landsat data,” said Hansen. “Landsat represents a public good, Earth-observation infrastructure that allows everyone to study their respective land resources and their change over time.”

The Landsat program is a joint effort between the U.S. Geological Survey (USGS) and the National Aeronautics and Space Administration (NASA), but the partner agencies have distinct roles. NASA develops remote-sensing instruments and spacecraft, launches satellites, and validates their performance in orbit. The USGS owns and operates Landsat satellites in space and manages their data transmissions, including ground reception, archiving, product generation, and public distribution. In 2008, with support from the U.S. Department of the Interior, the USGS made its Landsat data free to anyone in the world.

The current satellites in the Landsat program, Landsat 7 (launched in 1999) and Landsat 8 (launched in 2013), provide complete coverage of the Earth every eight days. A Landsat 9 satellite is scheduled for launch in late 2020.