How a wind energy facility is designed can influence the behavior of animal predators and their prey, according to a recent study published in The Journal of Wildlife Management by researchers at the University of California, Davis, and the U.S. Geological Survey.

Habitat disturbance caused by wind energy facilities creates unique challenges and opportunities for wildlife. Although fragmented landscapes may make some large carnivores -- like cougars and bears -- more vulnerable to population decline, some small- to medium-sized animals -- like coyotes and foxes -- expand their habitat to include areas that have been changed by humans.

“These findings could be helpful in assisting managers to design future wind energy facilities with species in mind,” said lead author Mickey Agha, a UC Davis graduate student studying ecology with Professor Brian Todd. “There may be benefits to adding space between turbines and increasing the number of dirt roads, to potentially provide habitat for sensitive terrestrial wildlife.”

Results suggest that infrastructure associated with wind energy facilities, such as dirt roads or culverts, may create movement corridors through disturbed habitat that some animals prefer. Dirt roads may act as funnels for predators because they are potential corridors through the wind energy facility. Earlier research at the study site reported that tortoise burrows were more likely to be closer to roads than random points. Tortoises can move more easily on dirt roads and desert washes than on highly vegetated landscapes.

Burrow Visits May Be for Smaller Prey

“There is little information on predator–prey interactions in wind energy landscapes in North America, and this study provides a foundation for learning more,” said Jeffrey Lovich, USGS scientist and co-author of the study. “Further investigation of causes that underlie road and wind turbine effects, such as ground vibrations, sound emission and traffic volume could help provide a better understanding of wildlife responses to wind energy development.”

The study was funded by California Desert Managers and the USGS Ecosystems Program. 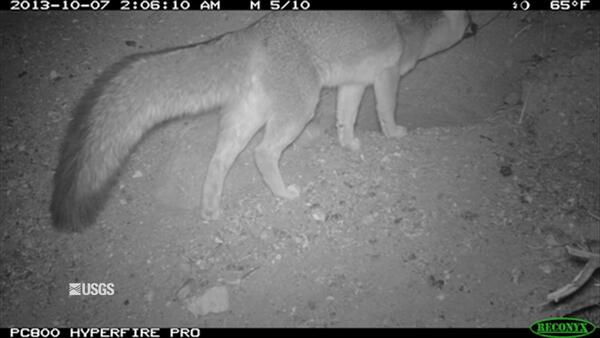 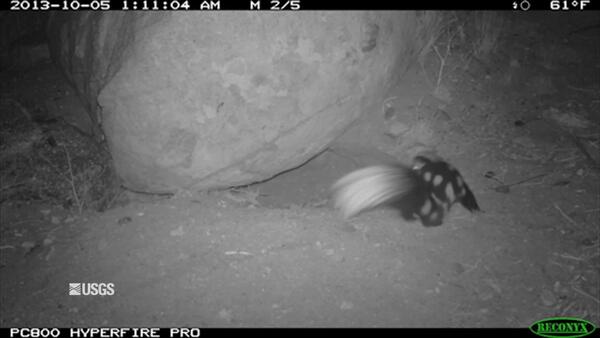 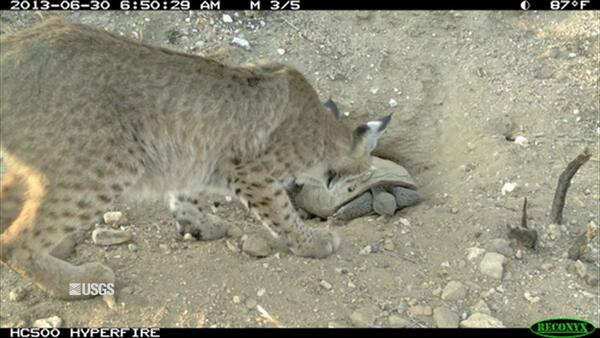 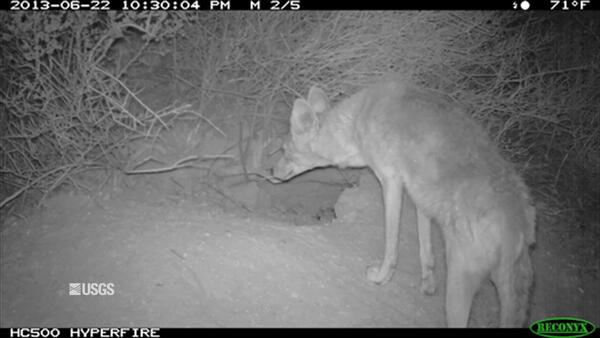 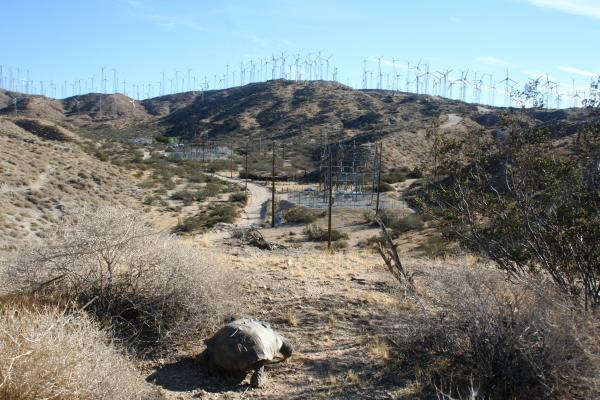 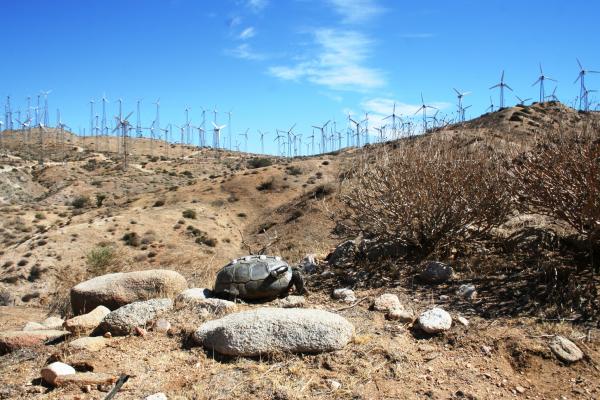