In 2014 the U.S. Geological Survey (USGS) and the Bureau of Ocean Energy Management (BOEM) entered into Intra-agency agreement M13PG00037 to map an area of the Oregon Outer Continental Shelf (OCS) off of Coos Bay, Oregon, under consideration for development of a floating wind energy farm. The BOEM requires seafloor mapping and site characterization studies in order to evaluate the impact of seafloor and sub-seafloor conditions on the installation, operation, and structural integrity of proposed renewable energy projects, as well as to assess the potential effects of construction and operations on archaeological resources. The mission of the USGS is to provide geologic, topographic, and hydrologic information that contributes to the wise management of the Nation's natural resources and that promotes the health, safety, and well being of the people. This information consists of maps, databases, and descriptions and analyses of the water, energy, and mineral resources, land surface, underlying geologic structure, and dynamic processes of the earth.

For the Oregon OCS study, the USGS acquired multibeam echo sounder and seafloor video data surrounding the proposed development site, which is 95 km2 in area and 15 miles offshore from Coos Bay. The development site had been surveyed by Solmar Hydro Inc. in 2013 under a contract with WindFloat Pacific. The USGS subsequently produced a bathymetry digital elevation model and a backscatter intensity grid that were merged with existing data collected by the contractor. The merged grids were published along with visual observations of benthic geo-habitat from the video data in an associated USGS data release (Cochrane and others, 2015).

This report includes the results of analysis of the video data conducted by Oregon State University and the geo-habitat interpretation of the multibeam echo sounder (MBES) data conducted by the USGS. MBES data was published in Cochrane and others (2015). Interpretive data associated with this publication is published in Cochrane (2017). All the data is provided as geographic information system (GIS) files that contain both Esri ArcGIS geotiffs or shapefiles. For those who do not own the full suite of Esri GIS and mapping software, the data can be read using Esri ArcReader, a free viewer that is available at http://www.esri.com/software/arcgis/arcreader/index.html (last accessed August 29, 2016). Web services, which consist of standard implementations of ArcGIS representational state transfer (REST) Service and Open Geospatial Consortium (OGC) GIS web map service (WMS), also are available for all published GIS data. Web services were created using an ArcGIS service definition file, resulting in data layers that are symbolized as shown on the associated report figures. Both the ArcGIS REST Service and OGC WMS Service include all the individual GIS layers. Data layers are bundled together in a map-area web service; however, each layer can be symbolized and accessed individually after the web service is ingested into a desktop application or web map. Web services enable users to download and view data, as well as to easily add data to their own workflows, using any browser-enabled, standalone or mobile device.

Though the surficial substrate is dominated by combinations of mud and sand substrate, a diverse assortment of geomorphologic features are related to geologic processes—one anticlinal ridge where bedrock is exposed, a slump and associated scarps, and pockmarks. Pockmarks are seen in the form of fields of small pockmarks, a lineation of large pockmarks with methanogenic carbonates, and areas of large pockmarks that have merged into larger variously shaped depressions. The slump appears to have originated at the pockmark lineation. Video-supervised numerical analysis of the MBES backscatter intensity data and vector ruggedness derived from the MBES bathymetry data was used to produce a substrate model called a seafloor character raster for the study area. The seafloor character raster consists of three substrate classes: soft-flat areas, hard-flat areas, and hard-rugged areas. A Coastal and Marine Ecological Classification Standard (CMECS) geoform and substrate map was also produced using depth, slope, and benthic position index classes to delineate geoform boundaries. Seven geoforms were identified in this process, including ridges, slump scars, slump deposits, basins, and pockmarks.

Statistical analysis of the video data for correlations between substrate, depth, and invertebrate assemblages resulted in the identification of seven biomes: three hard-bottom biomes and four softbottom biomes. A similar analysis of vertebrate observations produces a similar set of biomes. The biome between-group dissimilarity was very high or high. Invertebrates alone represent most of the structure of the whole benthic community into different assemblages. A biotope map was generated using the seafloor character raster and the substrate and depth values of the biomes. Hard substrate biotopes were small in size and were located primarily on the ridge and in pockmarks along the pockmark lineation. The soft-bottom bitopes consisted of large contiguous areas delimited by isobaths. 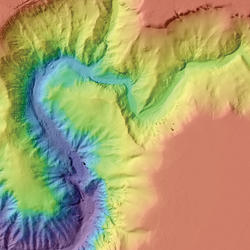 Seafloor resource managers and modelers need seafloor maps that can be combined in GIS, modeling, and statistical analysis environments and related successfully to biologic and oceanographic data. The Marine Geomorphology, Evolution, and Habitats Project encompasses mapping activities and the development of new mapping systems and methodologies. The emphasis is on the role of geologic processes in...
By
Natural Hazards, Coastal and Marine Hazards and Resources Program, Pacific Coastal and Marine Science Center
link
June 6, 2022

Seafloor resource managers and modelers need seafloor maps that can be combined in GIS, modeling, and statistical analysis environments and related successfully to biologic and oceanographic data. The Marine Geomorphology, Evolution, and Habitats Project encompasses mapping activities and the development of new mapping systems and methodologies. The emphasis is on the role of geologic processes in...
Learn More
September 19, 2017

This data release includes the results of analysis of video data conducted by Oregon State University and the geo-habitat interpretation of multibeam echo sounder (MBES) data conducted by the USGS. The data were collected in 2014 and were published in Cochrane and others (2015). This data release accompanies report that describes the project and results in detail (Cochrane and others, 2017). All t
By
Coastal and Marine Hazards and Resources Program, Pacific Coastal and Marine Science Center
July 25, 2017 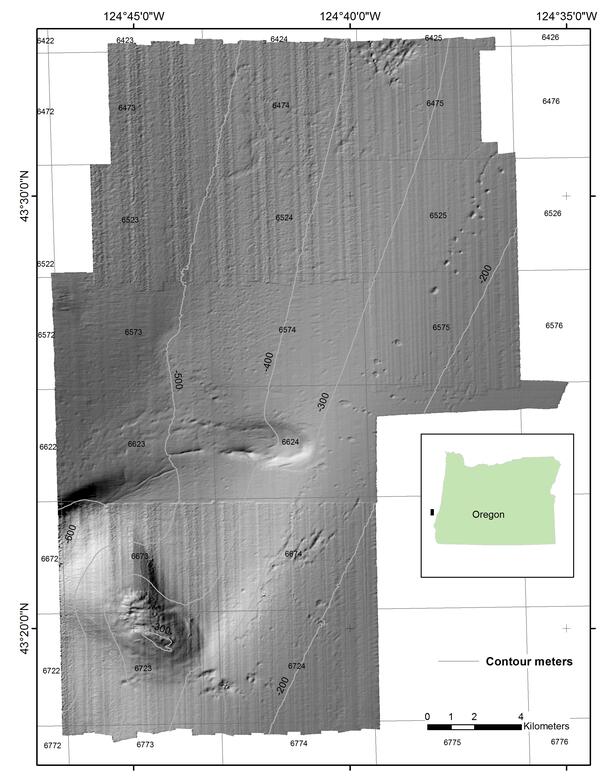 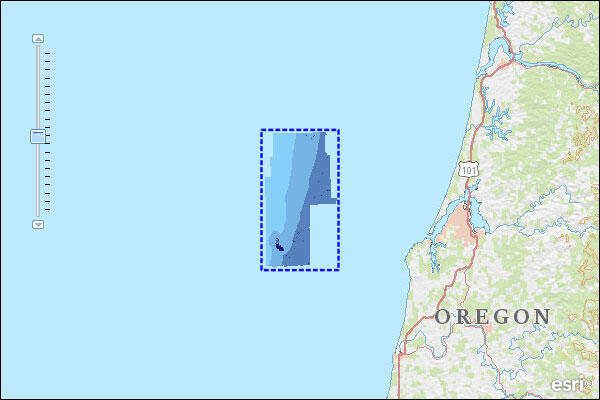