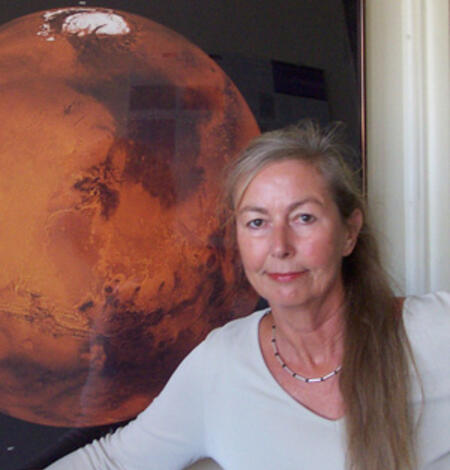 Dr. Baerbel Lucchitta was one of the first women in the field of Astrogeology. She started her career by mapping the Moon and instructing the Apollo Astronauts. She worked extensively on the Valles Marineris canyons on Mars, is a vigorous protagonist of glacial flow and other ice-related features on Mars. 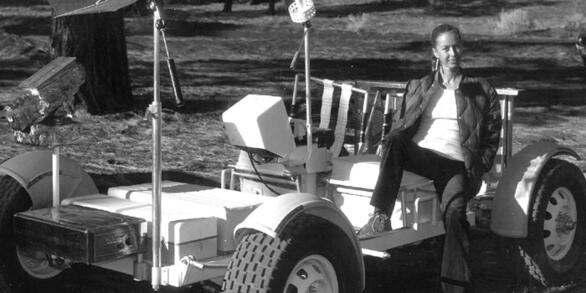 A Dynamic Career Launched With a Map 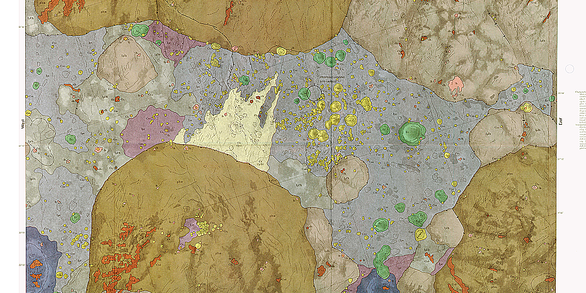 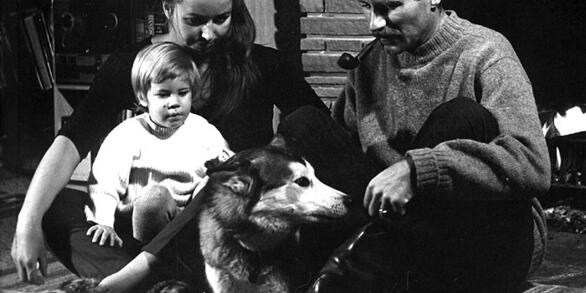 She was awarded the Geological Society of America, Planetary Geology Division, G.K. Gilbert Award in 1995. She was the first woman to receive this award. Baerbel was an early role model for women, as in the beginning of this relatively young field of science and for many years to follow, she was among the very few female Planetary Geologists.

Baerbel started working part-time with the USGS in 1967 and eventually became full-time. She began her career by first mapping the Moon, then Mars, then the satellites of Jupiter. She taught Apollo Astronauts about the Moon. She and Harrison "Jack" Schmitt, the Apollo 17 geologist-astronaut, wrote a paper on lunar orange glass being volcanic rather than impact derived. She proved that the landslide at the Apollo 17 site was dislodged by ejecta from the young crater Tycho. Baerbel spent many years mapping Mars and elucidating details on Valles Marineris, such as landslides, stratigraphic relations, volcanic features, and nature and origin of the chasmata. She is well known for her Landsat work on ice streams in Antarctica and the hypothesis that outflow channels on Mars may have been sculpted by ice. Baerbel authored a map on the north side of the Moon, the first geologic maps of Europa and, with Eugene Shoemaker and others, of Ganymede, and was the coordinator of the Galilean Satellites Geologic Mapping Program. From 1986-1991, she held the position of USGS Astrogeology Associate Branch Chief. For her work with the USGS she was awarded the Meritorious Service Award of the Department of the Interior, for her work in Antarctica she was awarded a glacier named Lucchitta, and for her work in planetary geology an asteroid named Baerbel.