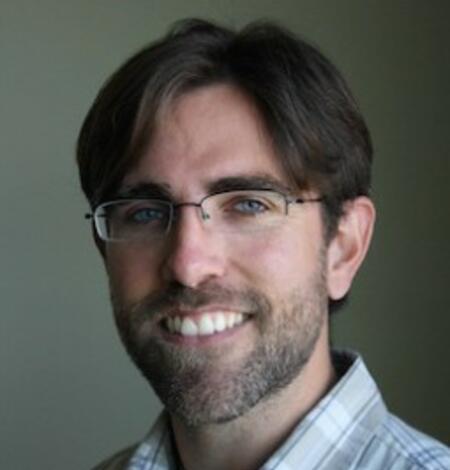 Determining whether seismicity near volcanoes is due primarily to tectonic or magmatic processes is a challenging but critical endeavor for volcanic eruption forecasting and detection, especially at poorly monitored volcanoes. Global statistics on the occurrence and timing of earthquakes near volcanoes both within and outside of eruptive periods reveal patterns in eruptive seismicity that may impr
By
Volcano Hazards, Volcano Science Center
March 18, 2020

High seismicity rates in eastern Indonesia occur due to the complex interaction of several tectonic plates which resulted in two deadly, destructive earthquake sequences that occurred in Lombok Island and the city of Palu, Sulawesi in 2018. The first sequence began in July with an Mw 6.4 event near Lombok, culminating in an Mw 7.0 event 8 d later. This was then followed by a nearby Mw 6.9 event 12
By
Volcano Hazards, Volcano Science Center
December 15, 2019

High rates of inflation during a noneruptive episode of seismic unrest at Semisopochnoi Volcano, Alaska in 2014–2015

Magma intrusion rate is a key parameter in eruption triggering but is poorly quantified in existing geodetic studies. Here we examine two episodes of rapid inflation in this context. Two noneruptive microseismic swarms were recorded at Semisopochnoi Volcano, Alaska in 2014–2015. We use differential SAR techniques and TerraSAR‐X images to document surface deformation from 2011 to 2015, which compri
By
Volcano Hazards, Volcano Science Center
June 20, 2019

After 53 years of quiescence, Mount Agung awoke in August 2017, with intense seismicity, measurable ground deformation, and thermal anomalies in the summit crater. Although the seismic unrest peaked in late September and early October, the volcano did not start erupting until 21 November. The most intense explosive eruptions with accompanying rapid lava effusion occurred between 25 and 29 November
By
Volcano Hazards, Volcano Science Center
July 20, 2018

Seismic rate increases often precede eruptions at volcanoes worldwide. However, many eruptions occur without such precursors. Additionally, identifying seismic rate increases near volcanoes with high levels of background seismicity is non-trivial and many periods of elevated seismicity occur without ensuing eruptions, limiting their usefulness for forecasting in some cases. Although these issues a
By
Volcano Hazards, Volcano Science Center
February 7, 2018

The tectonics of the Sunda arc region is characterized by the junction of the Eurasian and Indo‐Australian tectonic plates, causing complex dynamics to take place. High‐seismicity rates in the Indonesian region occur due to the interaction between these tectonic plates. The availability of a denser network of seismometers after the earthquakes of Mw 9.1 in 2004 and  Mw 8.6 in 2005 supports various
By
Natural Hazards, Volcano Hazards, Volcano Science Center
November 1, 2016

We have determined source mechanisms for nine high-quality microseismic events induced during hydraulic fracturing of the Montney Shale in Canada. Seismic data were recorded using a dense regularly spaced grid of sensors at the surface. The design and geometry of the survey are such that the recorded P-wave amplitudes essentially map the upper focal hemisphere, allowing the source mechanism to be
By
Volcano Hazards, Volcano Science Center
May 20, 2014

Okmok volcano is an active volcanic caldera located on the northeastern portion of Umnak Island in the Aleutian arc, with recent eruptions in 1997 and 2008. The Okmok area had ~900 locatable earthquakes between 2003 and June 2008, and an additional ~600 earthquakes from the beginning of the 2008 eruption to mid 2009, providing an adequate dataset for seismic tomography. To image the seismic veloci
By
Natural Hazards, Volcano Hazards, Volcano Science Center
December 7, 2012

Determination and uncertainty of moment tensors for microearthquakes at Okmok Volcano, Alaska

In August 1996, a period of elevated seismicity commenced beneath Iliamna Volcano, Alaska. This activity lasted until early 1997, consisted of over 3000 earthquakes, and was accompanied by elevated emissions of volcanic gases. No eruption occurred and seismicity returned to background levels where it has remained since. We use waveform alignment with bispectrum-verified cross-correlation and doubl
By
Natural Hazards, Volcano Hazards, Volcano Science Center
January 1, 2008