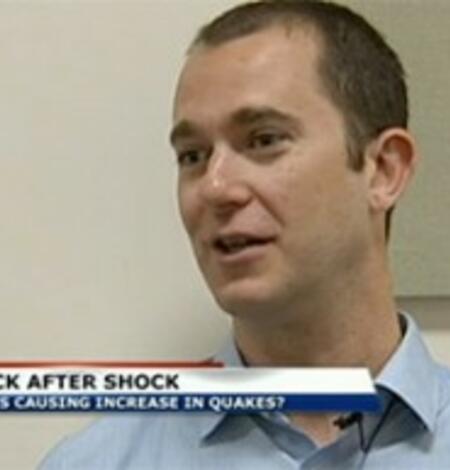 My earlier research covered many topics including

My current work is examining earthquakes that are potentially related to human activities, with a specific focus on earthquakes and their relationship to wastewater disposal activities associated with oil and gas production.

I am currently analyzing the recent increase in seismicity seen in southern Kansas. This an area of active oil and gas development known as the Mississippi Lime play. The USGS Induced Seismicity Project, with the Geological Hazards Science Center, has deployed a network of 14 seismometers in the area to monitor seismicity. We are actively collaborating with scientists and regulators at the Kansas Geological Survey, the Kansas Corporation Commission, the Kansas Department of Health and Environment, and the Oklahoma Geological Survey to understand these earthquakes.

I have recently investigated the large increase seismicity in the Raton Basin (CO and NM) experienced  since 2001. This earthquake sequence has included an M5.0 and M5.3. My work shows that these earthquakes are induced by wastewater disposal related the production of coal-bed methane in the area. For more information seeRubinstein et al (2014) and Barnhart et al. (2014). 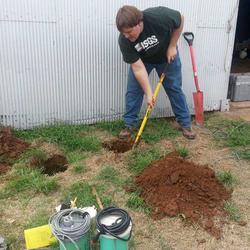 In response to sudden changes in seismicity that are potentially induced by human activity, the USGS may deploy temporary seismic stations to better understand the earthquakes. These deployments typically consist of 2-15 seismometers placed in the immediate vicinity of the seismicity.
By
Natural Hazards, Earthquake Hazards
link
May 20, 2021

In response to sudden changes in seismicity that are potentially induced by human activity, the USGS may deploy temporary seismic stations to better understand the earthquakes. These deployments typically consist of 2-15 seismometers placed in the immediate vicinity of the seismicity.
Learn More
link 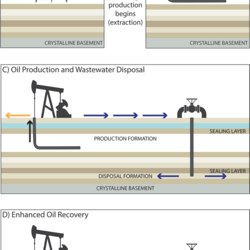 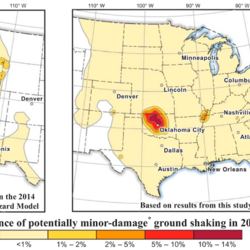 In 2016, 2017, and 2018, the USGS released induced earthquake hazard models. These models forecast the expected strength and frequency of potential ground shaking from future induced and natural earthquakes for a one-year period, based primarily on earthquake data from the previous year. Areas of high induced earthquake hazard were identified in Oklahoma-southern Kansas, the Raton Basin (CO/NM...
By
Natural Hazards, Earthquake Hazards
link
May 20, 2020 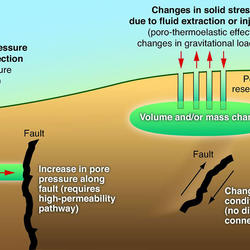 The USGS uses computer simulations to evaluate the physical relationships between fluid injection (or extraction) and earthquakes. We can only indirectly study these relationships using observations, so computer simulations help us gain a better physical understanding for the processes that are most likely causing these earthquakes. Scientists can also use such simulations to understand complex...
By
Natural Hazards, Earthquake Hazards
link
May 20, 2020

We investigate the ongoing seismicity in the Raton Basin and find that the deep injection of wastewater from the coal‐bed methane field is responsible for inducing the majority of the seismicity since 2001. Many lines of evidence indicate that this earthquake sequence was induced by wastewater injection. First, there was a marked increase in seismicity shortly after major fluid injection began in
By
Natural Hazards, Earthquake Hazards, Earthquake Science Center
link
June 10, 2015

The central United States has undergone a dramatic increase in seismicity over the past 6 years. From 1973-2008, there was an average of 24...