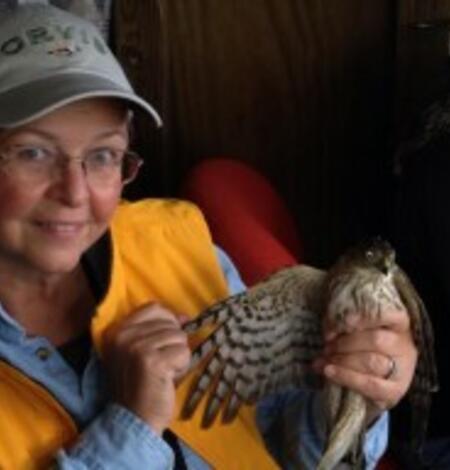 Linda C Gundersen is a Scientist Emeritus at the Florence Bascom Geoscience Center.

Linda C. Gundersen is Scientist Emeritus at the U.S. Geological Survey, having spent 34 years there as a research scientist, program manager, and senior executive before retiring in 2013. The first half of her career focused on conducting and managing research projects in geochemistry, ore deposits, and interdisciplinary studies of radionuclides in rocks, soils, and water; eventually assessing the geologic radon potential of the United States.  She received numerous grants from DOE, EPA, and NSF and worked with diverse partners in the health and geological science communities. During 1995-98, she served as program manager for both the Energy Resources and Mineral Resources Programs.  As the only geologist on the National Academies of Sciences Committee on Risk Assessment of Exposure to Radon in Drinking Water from 1997-1999, she contributed to the first multimedia risk assessment for exposure to radon in water.  In 1998, she became a federal senior executive and the Associate Chief Geologist for Operations. In 2001, she was appointed Chief Scientist for Geology overseeing $260M in research programs encompassing the Earthquakes, Volcanoes, Landslides, Coastal and Marine Geology, National Geologic Mapping, Energy and Mineral Resources, and Global Climate Change programs. She served in that capacity for 10 years before becoming the first Director of the Office of Science Quality and Integrity where she established and directed scientific integrity, ethics, education, career development, publication quality, research excellence, and other programs across the USGS. She has co-authored or led the development of scientific integrity policies for USGS (2007), Department of Interior (2011), American Geosciences Institute (2015), and the American Geophysical Union (2012 and 2017). She recently served on the Geological Society of America Ad Hoc Committee on Ethics. She is editor and an author of the book Scientific Integrity and Ethics in the Geosciences (2017).  She served on the National Academies of Science Committee on the Impacts of Sexual Harassment in Academia whose report Sexual Harassment of Women: Climate, Culture, and Consequences was released in June 2018.  Her academic background includes undergraduate and graduate work in structural geology and geochemistry at Stony Brook University and at the University of Colorado, Boulder. She received the DOI Superior, Meritorious, and Distinguished Service Awards, the Unit of Excellence Award and the Secretary of the Interior’s Bronze Executive Leadership Award. She is a Fellow of the Geological Society of America and was also honored with GSA’s Outstanding Contributions to Geoinformatics award.  She has published numerous papers and presented hundreds of lectures in the fields of geology, geoinformatics, science management, scientific integrity, and ethics.