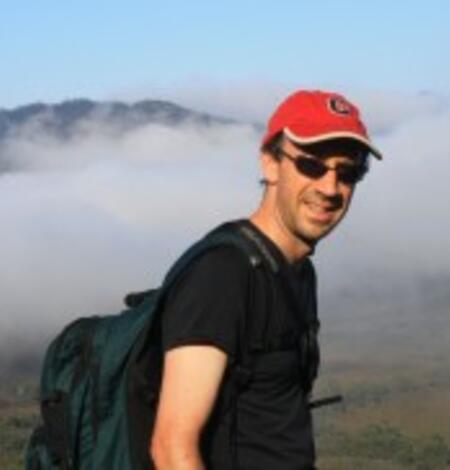 Michael Runge is a research ecologist at the Eastern Ecological Science Center, where he has worked since 1999.

He received a B.A. in biology and philosophy (1989) from the Johns Hopkins University, an M.A.T. (Master of Arts in Teaching) in biology (1994) from Spalding University, and a Ph.D. in wildlife science (1999),with minors in biometrics and agricultural economics, from Cornell University.  He taught math and science at St. Francis High School in Louisville, Kentucky, from 1989 to 1994.  Dr. Runge was a visiting scientist at the University of Melbourne, School of Botany, from 2009 to 2010.

Modeling seasonal interactions in the population dynamics of migratory birds

Age estimation of individuals is often an integral part of species management research, and a number of ageestimation techniques are commonly employed. Often, the error in these techniques is not quantified or accounted for in other analyses, particularly in growth curve models used to describe physiological responses to environment and human impacts. Also, noninvasive, quick, and inexpensive meth
December 31, 1999

Professional development of undergraduates in wildlife ecology and management

This paper describes a cooperative learning environment and a course continuum in wildlife ecology and management which promote the professional development of undergraduates. Students learn about functional relationships in ecology and management in lecture periods that focus on concepts, with participation by students in active learning exercises. Laboratory periods are designed around learning