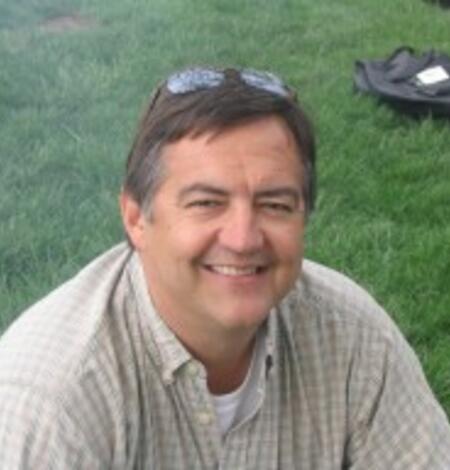 Ralph was born and raised on the south shore of Long Island, NY. After obtaining his Master's Degree in geology, he started his career with the USGS Long Island Subdistrict in 1986, then transferred to Columbus, Ohio in 1990 to work on a myriad of groundwater problems throughout the state. Since 2014, he works in Lansing, Michigan as the Deputy Director for Data within the Upper Midwest WSC.

Ralph's educational background includes a Bachelor of Science degree granted in 1982 by the State University of New York, College at Oneonta and a Master of Science degree in 1986 from Bowling Green State University where he studied Mississippi Valley-type (lead-zinc) deposits in the Trenton Limestone of Ohio. After graduating with his Master's degree in 1986, he started his career with the USGS on Long Island where he served as a field technician sampling groundwater for a project with the goal of relating shallow groundwater chemistry to land use. During this time, he developed skills in groundwater investigations, computer applications, and geographic information systems. In 1990, Ralph transferred to Columbus, Ohio where he worked on groundwater quality and quantity problems throughout the state. His work focused on acid-mine drainage problems and trace-element composition of groundwater. He started work towards his Ph.D. at the Ohio State University in 1993 while working full time at the USGS. His dissertation work (and 11-year project at the USGS) investigated groundwater chemistry at an abandoned coal mine reclaimed with flue-gas desulfurization by-products. In 2006, Ralph became the Groundwater Specialist of the Ohio Water Science Center and supervised eight scientists until 2014 when he accepted a position as Deputy Director in Lansing, Michigan. There are three areas that currently hold interest in Ralph's professional career: hydrologic monitoring network design and operation; hydrologic influences of stormwater control measures in urban settings; and monitoring nutrient inputs from surface water and groundwater into the Great Lakes. Additionally, Ralph is currently focusing on developing his leadership and management skills as Deputy Director within the newly merged Upper Midwest Water Science Center.

Haefner, R.J., 2002, Water quality and geochemical modeling of water at an abandon 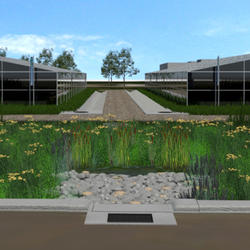 The effectiveness of green infrastructure (including urban land conversion and bioswales) at reducing stormwater runoff is being assessed at RecoveryPark, a redeveloped urban farm in Detroit, Michigan. This study will monitor pre- and post-construction storm-sewer flow, groundwater levels, precipitation, and potential evapotranspiration.
Learn More