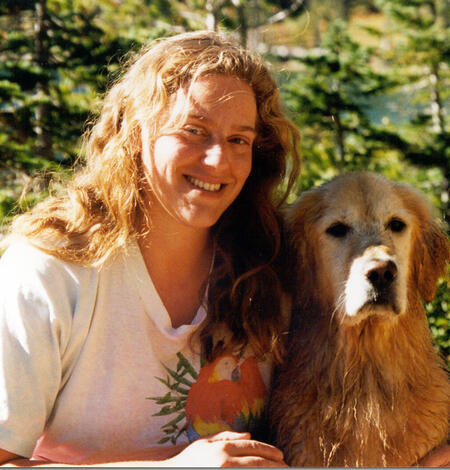 As a Principle Investigator and Research Statistician, I create science to support critical management decisions for hard to study species in a changing environment.

Such situations produce data that tend to be sparse, biased and/or imprecise, and have large knowledge gaps. Thus, I specialize in modifying state-of-the-art analytical and computational approaches for complex problems and intractable data, as well as creating new statistical theory and techniques when existing methods are inadequate. I routinely use Bayesian and frequentist paradigms.

My career-long species affiliations have varied across the plant and animal kingdoms, but my USGS research centers on marine mammals. I maintain a strong, decade-long collaboration with walrus researchers at USGS, USFWS and ADFG, and I have recently expanded my work to include collaborative sea otter and polar bear research.

My highest priority goals include five different projects to estimate Pacific walrus abundance (while also refining estimates of their demographic rates and population trend). The Department of Interior needs population size and status  information to manage this trust species which is an important resource for native subsistence hunters, is protected and managed under the Marine Mammal Protection Act, and was an endangered species candidate until the 2017 decision not to list—a decision which is being litigated by the Center for Biological Diversity.  I also have ongoing demographic work using age-at-death distributions to estimate vital rates, in addition to mechanistic modeling for other species of concern. 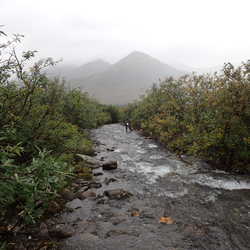 Ecosystems Analytics is a group of quantitative biologists and research statisticians with a diverse range of expertise and experience (summarized below). We collaborate with internal and external partners to answer challenging ecological questions that are a high priority of the U.S. Geological Survey Alaska Science Center, sister agencies within the Department of the Interior (DOI), and various...
By
Alaska Science Center
link
January 21, 2020

Ecosystems Analytics is a group of quantitative biologists and research statisticians with a diverse range of expertise and experience (summarized below). We collaborate with internal and external partners to answer challenging ecological questions that are a high priority of the U.S. Geological Survey Alaska Science Center, sister agencies within the Department of the Interior (DOI), and various...
Learn More
link 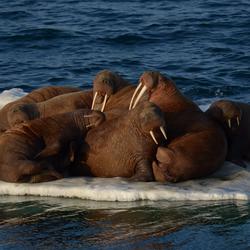 The USGS Alaska Science Center conducts long-term research on the Pacific walrus to provide scientific information to Department of Interior management agencies and Alaska Native co-management partners. In addition, the USGS Pacific walrus research program collaborates with the U.S. Fish and Wildlife Service (USFWS) and the State of Alaska’s Department of Fish and Game and Alaska Native co...
Learn More
May 20, 2020

Sea ice loss represents a stressor to the Pacific walrus, which feeds on benthic macroinvertebrates in the Bering and Chukchi seas. However, no studies have examined the effects of sea ice on foraging walrus space use patterns. Thus, we examined walrus foraging resource selection as a function of proximity to resting substrates and prey biomass with a matched use-availability design. We quantif
By
Alaska Science Center
January 27, 2022

Abundance and distribution of sea otters (Enhydra lutris) in the southcentral Alaska stock, 2014, 2017, and 2019

Survival rate estimates are critical to understanding the dynamics and status of a population, and they are often inferred from samples of the population’s age structure. A recently developed method uses time series of standing age-structure data with information about population growth rate or fecundity to provide explicit maximum likelihood estimators of age-specific survival rates, without assu
By
Ecosystems, Alaska Science Center
January 1, 2018

The Pacific walrus (Odobenus rosmarus divergens) is a candidate to be listed as an endangered species under United States law, in part, because of climate change‐related concerns. While the population was known to be declining in the 1980s and 1990s, its recent status has not been determined. We developed Bayesian models of walrus population dynamics to assess the population by synthesizing inform
By
Ecosystems, Energy & Wildlife, Alaska Science Center, Advanced Research Computing (ARC)
December 1, 2017

The accelerating rate of anthropogenic alteration and disturbance of environments has increased the need for forecasting effects of environmental change on fish and wildlife populations. Models linking projections of environmental change with behavioral responses and bioenergetic effects can provide a basis for these forecasts. There is particular interest in forecasting effects of projected reduc
By
Ecosystems, Energy & Wildlife, Alaska Science Center
March 1, 2017

An animal’s energetic costs are dependent on the amount of time it allocates to various behavioral activities. For Arctic pinnipeds, the time allocated to active and resting behaviors could change with future reductions in sea ice cover and longer periods of open water. The Pacific walrus (Odobenus rosmarus divergens) is a large Arctic pinniped that rests on sea ice or land between foraging trips
By
Ecosystems, Alaska Science Center
November 1, 2016

Space use of a dominant Arctic vertebrate: Effects of prey, sea ice, and land on Pacific walrus resource selection

Sea ice dominates marine ecosystems in the Arctic, and recent reductions in sea ice may alter food webs throughout the region. Sea ice loss may also stress Pacific walruses (Odobenus rosmarus divergens), which feed on benthic macroinvertebrates in the Bering and Chukchi seas. However, no studies have examined the effects of sea ice on foraging Pacific walrus space use patterns. We tested a series
By
Ecosystems, Energy & Wildlife, Alaska Science Center
October 18, 2016

Bayesian statistics, in contrast to classical statistics, uses probability to represent uncertainty about the state of knowledge. Bayesian statistics has often been associated with the idea that knowledge is subjective and that a probability distribution represents a personal degree of belief. Dr. Daniel Goodman considered this viewpoint problematic for issues of public policy. He sought to ground
By
Ecosystems, Alaska Science Center
September 17, 2014

Global climate change may fundamentally alter population dynamics of many species for which baseline population parameter estimates are imprecise or lacking. Historically, the Pacific walrus is thought to have been limited by harvest, but it may become limited by global warming-induced reductions in sea ice. Loss of sea ice, on which walruses rest between foraging bouts, may reduce access to food,
By
Ecosystems, Wildlife Program, Alaska Science Center
March 18, 2013

Availability of summer sea ice has been decreasing in the Chukchi Sea during recent decades, and increasing numbers of Pacific walruses have begun using coastal haulouts in late summer during years when sea ice retreats beyond the continental shelf. Calves and yearlings are particularly susceptible to being crushed during disturbance events that cause the herd to panic and stampede at these large
By
Ecosystems, Alaska Science Center

The Pacific walrus population roughly halved between 1981 and 1999, the last year for which demographic data are available. A recent study by...