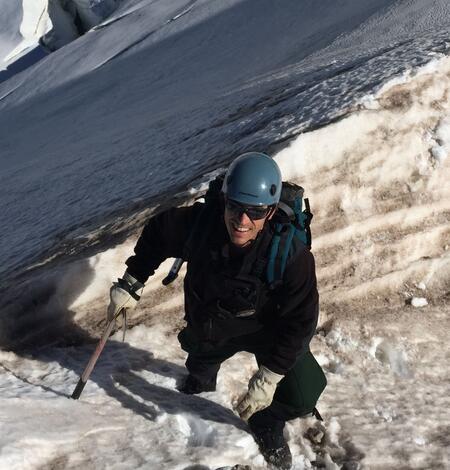 I love earthquakes. I love volcanoes. And I know for a fact that volcano seismology is the best seismology.

My education is in both geology and geophysics with a focus more recently on volcanoes. I have experience on both stratovolcanoes and basaltic volcanoes in Russia, Alaska, Washington, Oregon and Hawaii.  I've worked in eruptive scenarios at Mount St. Helens in 2004-2008, Redoubt in 2008 and Kilauea from 2011 till 2020.  In addition, I've held positions at the Nevada Seismological Network, the Pacific Northwest Seismic Network and the Hawaiian Volcano Observatory, which have all had components of network seismology to them.

The 2018 Kīlauea caldera collapse produced extraordinary sequences of seismicity and deformation, with 62 episodic collapse events which significantly altered the landscape of the summit region. Despite decades of focused scientific studies at Kīlauea, detailed information about the internal structure of the volcano is limited. Recently developed techniques in seismic interferometry can be used to
By
Volcano Hazards, Volcano Science Center
November 6, 2020

The 2018 summit and flank eruption of Kīlauea Volcano was one of the largest volcanic events in Hawaiʻi in 200 years. Data suggest that a backup in the magma plumbing system at the long-lived Puʻu ʻŌʻō eruption site caused widespread pressurization in the volcano, driving magma into the lower flank. The eruption evolved, and its impact expanded, as a sequence of cascading events, allowing relative
By
Volcano Hazards, Volcano Science Center, Supplemental Appropriations for Disaster Recovery Activities
May 15, 2020

Deep long-period earthquakes (DLPs) are an enigmatic type of volcanic seismicity that sometimes precedes eruptions but mostly occurs at quiescent volcanoes. These earthquakes are depleted in high-frequency content and typically occur near the base of the crust. We observed a near-periodic, long- lived sequence of more than one million DLPs in the past 19 years beneath the dormant postshield Mauna
By
Volcano Hazards, Volcano Science Center
April 8, 2020

The 2018 eruption of Kīlauea volcano, Hawaiʻi, resulted in a major collapse of the summit caldera along with an effusive eruption in the lower East Rift Zone. The caldera collapse comprised 62 highly similar collapse cycles of strong ground deformation and earthquake swarms that ended with a magnitude 5 collapse event and one partial cycle that did not end with a collapse event. We analyzed geodet
By
Natural Hazards, Volcano Hazards, Volcano Science Center
December 4, 2019

The 2018 Kīlauea eruption and caldera collapse generated intense cycles of seismicity tied to repeated large seismic (Mw ~5) collapse events associated with magma withdrawal from beneath the summit. To gain insight into the underlying dynamics and aid eruption response, we applied waveform-based earthquake detection and double-difference location as the eruption unfolded. Here, we augment these r
By
Natural Hazards, Geologic Hazards Science Center
February 7, 2019

Kīlauea Volcano’s active summit lava lake poses hazards to downwind residents and over 1.6 million Hawai‘i Volcanoes National Park visitors each year. The lava lake surface is dynamic; crustal plates separated by incandescent cracks move across the lake as magma circulates below. We hypothesize that these dynamic thermal patterns are related to changes in other volcanic processes, such that sequen
By
Volcano Hazards, Volcano Science Center
January 25, 2019

Seismic and acoustic signatures of surficial mass movements at volcanoes

An earthquake swarm at Mount Hood is ongoing. The earthquakes are associated with regional faulting and are not a sign of changes in volcanic activity...

For more than six months, earthquakes at Mauna Loa have diminished and deformation has slowed, indicating that the volcano is no longer at an elevated...

Despite not being in the headlines, Mauna Loa continues to be in a state of unrest based on seismic and deformation monitoring data.

The 2018 Kilauea eruption and caldera collapse generated intense cycles of seismicity tied to repeated large seismic (Mw ~5) collapse events associated with magma withdrawal from beneath the summit. To gain insight into the underlying dynamics and aid eruption response, we applied waveform-based earthquake detection and double-difference location as the eruption unfolded. Here, we augment these ra
By
Earthquake Hazards, Geologic Hazards Science Center 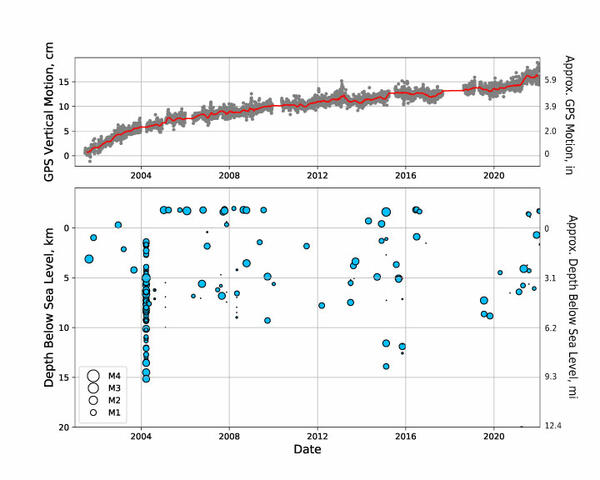 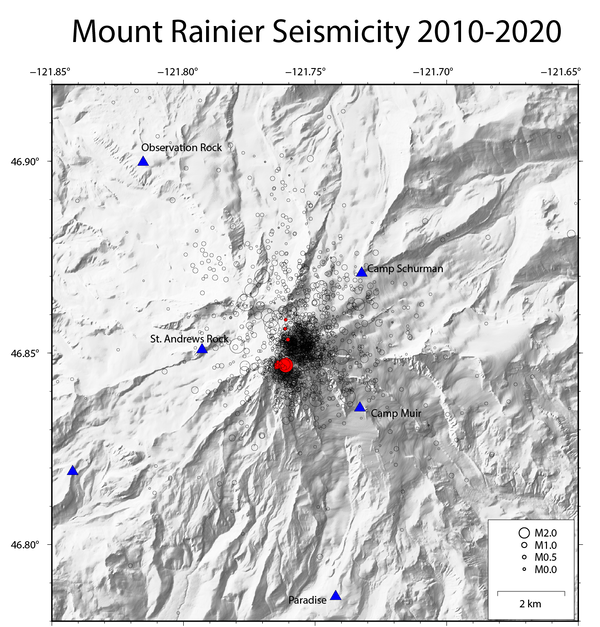