Youth and Education in Science

The overarching objectives of the research were 1) understanding how landscape context affects distribution and abundance of O. princeps, and 2) quantitatively assessing which mechanisms appear to most strongly determine and constrain pika distribution
and abundance (among ecological, climatic, biogeographic, and geologic factors). Particular hypotheses are numerous, but include ones such as: 1) If low snowpack and climatic water-balance impact pika distributions, then reduced pika abundance (i.e., fewer detections per site) and further upslope retractions will be observed across the species’ range, and the magnitude of these changes will be greatest at driest sites and at sites with the smallest snowpack; 2) using forward-looking infrared camera imagery, it is possible to distinguish the areas that pikas do and do not inhabit, simply by virtue of the temperatures on the talus surface from overhead; and 3) in the Greater Yellowstone Ecoregion, pika-occupied taluses will differ in several aspects of their talus-interstice microclimates from unoccupied taluses, but the most important differences will relate to frequency of acute-cold stress. Across our hypotheses, incorporating the effects of various aspects of geology (e.g., rock dimensions, porosity, chemistry, color) remains a research frontier.

John Malone assisited a USGS researcher in conducting fieldwork related to American pikas, alpine ecosystems, and their relationships to contemporary climate and other drivers. Some of the his specific duties included: working as part of a
field crew, typically in remote mountain environments (to elevations above 12,000’), searching for and enumerating mammals and their sign using distance sampling on (rocky) talus and scree slopes often in early morning and end of the day, extensive navigation by compass and topographic map (and a GPS unit when topography and clouds allow), shrub and tree species
identification and cover measurements, deployment and retrieval of microclimatic sensors, measurement of slope and aspect, and careful recording and organization of data on datasheets.

John had to hike and backpack in high altitudes (above 12,000 feet) over rough, uneven mountainous terrain or through dense forests; lifting and carrying of moderately heavy items (up to 40 pounds), especially in a backpack; hiking up to 15 miles per
day for many days in a row; and overnight tent camping for up to numerous days at a time were required. In some regions, pikas are most active at the beginning and end of the day,which means awaking early and going to sleep late (with rest in the middle of the day). Walking on rocky talus slopes for many hours on end, while searching for evidence of pikas (i.e., pika haypiles, sightings, and calls), requires balance, endurance, and strong physical condition. Field conditions ranged from very hot and dry to rain, snow, or thunderstorms.

John was exposed to some areas of the highest biological integrity in three different ecoregions of the western United States. These
regions differ not only in terms of their surficial geology and geologic history, but also in terms of their climate, vegetation, and wildlife species. Additionally, he received exposure to robust science, a diversity of field methods, and was provided a thorough overview and assisted in the understanding of the rationale behind the research. Nearly all of past field assistants have ultimately gone on to graduate school, and were written a letter of support, if the student proves to be a valuable team member. Although John benefited from a lot of physical exercise in awe-inspiring places, the exertion is hard to notice when one is having so much fun performing a scientific ‘treasure hunt’ looking for evidence of pikas. 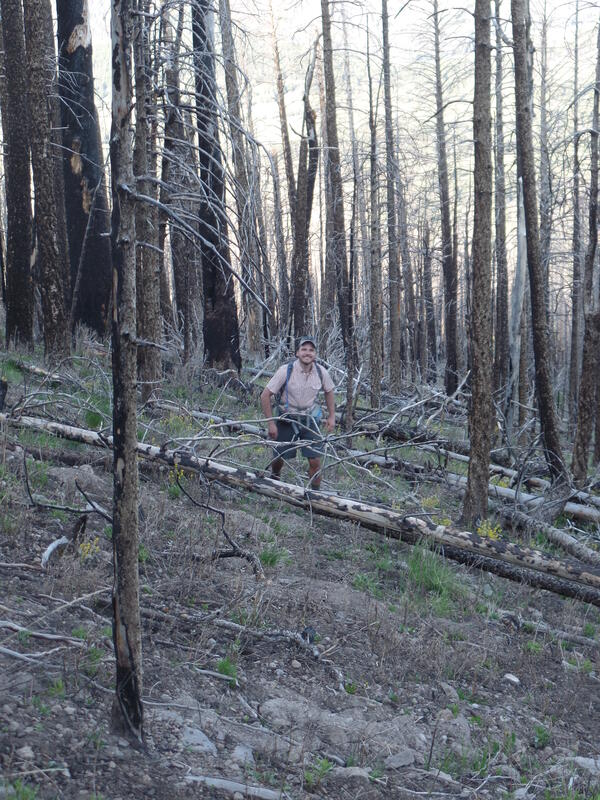