Aerial Photo Mosaics were the aerial photo finding aids during the creation and photo revision of the U.S. Geological Survey (USGS) topographic map series. The film is referenced as a series of photo indexes (mosaics), each of which consists of a single-sheet composite of many individual photos. The photos date from the 1937 through 1980, and they were originally acquired by a variety of sources, such as the USGS, Bureau of Land Management, National Park Service, U.S. Air Force, U.S. Navy, and the Army Map Service. This sporadic collection does not follow any specific schedule or pattern.

Index/Mapping Photography varies in scale, size, quality, and coverage. A majority of the photos were taken from a vertical perspective. Most are in black & white (B/W), although color and color-infrared (CIR) may be available for some locations.

Coverage Maps indicating the availability of Aerial Photo Mosaics are available for download.

The U.S. Geological Survey (USGS) Earth Resources Observation and Science (EROS) Center digitized all photo mosaics in the USGS/EROS archive and the individual frames from each index. Single frame database records have also been produced for a majority of these indexes retiring the need for them. Frame level records are available from the Aerial Photo Single Frames data set.

EarthExplorer can be used to search, preview, and download the Aerial Photo Mosaics. The collection is located under the Aerial Imagery category. 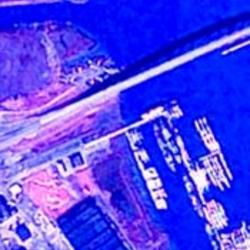 Black-and-white, natural color, and color infrared aerial photographs over the United States are available in a digital format at a resolution of 400 or 1,000 dpi. (1937 - 2014)
By
Earth Resources Observation and Science (EROS) Center
link
July 6, 2018

Black-and-white, natural color, and color infrared aerial photographs over the United States are available in a digital format at a resolution of 400 or 1,000 dpi. (1937 - 2014)
Learn More