Special Geologic Studies at the USGS

This project focuses on artisanal and small-scale mining (ASM) of minerals and gemstones globally and the illegal mining and transport of these natural resources. Project scientists employ field mapping, geomorphological techniques, and remote sensing to map, monitor, and evaluate mineral deposits and ASM activities in conflict zones and during complex emergencies. The research is directly applied to addressing issues of international peace and security, terrorism and conflict financing, money laundering, trans-boundary material flows, and human and environmental health degradation.

Artisanal and small-scale mining (ASM) is of significant economic and social importance in over 80 different countries. In 2017, 40 million people were estimated to be directly involved in mining operations and more than 150 million indirectly dependent on ASM. ASM activity has increased over the last two decades due to rising mineral demand, as well as fewer alternative livelihoods in the global south. Artisanal miners are responsible for mining many commodities ranging from high value gemstones and metals, such as diamonds and gold, to critical minerals such as tantalum and cobalt, and even industrial minerals, such as sand, gravel, and clay. Most artisanal and small-scale miners, 70-80%, work in the informal sector either illegally or in legal “grey” areas without licenses, permits or clear title to mining areas. Proceeds from illegal and informal mining is a significant contributor to armed groups and transnational criminal organizations.

Since 2006, the project has provided support to the U.S. Department of State (DOS) and the U.S. Agency for International Development (USAID) by conducting scientific research and technical support on issues related to global ASM, including direct support to the Kimberley Process (KP) to aid in the objective of preventing conflict diamonds from funding armed groups. The project has developed unique capabilities and resources for addressing ASM issues by forming a comprehensive understanding of resource potential, production, and the cumulative economic and environmental impacts of illegal and informal ASM operations at national, regional, and local scales. In the past, the work mainly focused on the diamond and to a lesser degree gold mining sectors in Western and Central Africa, but the project has expanded to investigate small-scale gold mining in South America and the mining of various commodities in Afghanistan. The methods and expertise developed are also directly transferable to other geographic areas and the mining of additional minerals and gemstones including rubies, tin, tungsten, and tantalum.

The project has conducted national-scale assessments ASM in countries where significant resources are contained in alluvial deposits and mined artisanally. These assessments are independent evaluations of a country’s resource potential and the ASM production capacity within that country for a particular commodity. This type of assessment has been completed for the Central African Republic (CAR), Mali, Ghana, Guinea, and Côte d’Ivoire. More recently, the research has focused on ASM at regional- and watershed-scales. These scales allow for more detailed mapping and monitoring of ASM activity, as well as the development of high-resolution geomorphic models that map landforms that potentially host resource deposits. In this regard, the USGS has worked within the Forecariah watershed in southwestern Guinea, in the Seguela region of Côte d’Ivoire, and in CAR, where a regional-scale assessment of alluvial diamond mining was conducted.

Project scientists have developed a methodology for identifying active alluvial ASM pits using high-resolution satellite imagery. The methodology is used to identify areas of mining activity, estimate production, and monitor changes over time. This methodology has been used extensively in Africa and to a lesser degree in portions of South America and Afghanistan.  The satellite image analysis is integrated with data collected through on-the-ground fieldwork and the results of geomorphic modeling to show resource potential and production estimates for specific areas.

Beyond national, regional, and local scale studies of artisanal mining and alluvial mineral deposits, the project has also incorporated the application of new technology to artisanal mining research. It has evaluated the use of unmanned aerial system (UAS) imagery to map ASM features at a very high spatial resolution and has pioneered field sampling techniques of alluvial deposits in artisanal mining regions. Further, the team has conducted several technology transfer trainings and capacity-building workshops focused on field methods, basic GIS skills, the use of GPS, satellite image processing and analysis, and low-cost alluvial deposit exploration. These trainings and workshops have been conducted in CAR, Mali, Ghana, Guinea, and Côte d’Ivoire over the past decade. 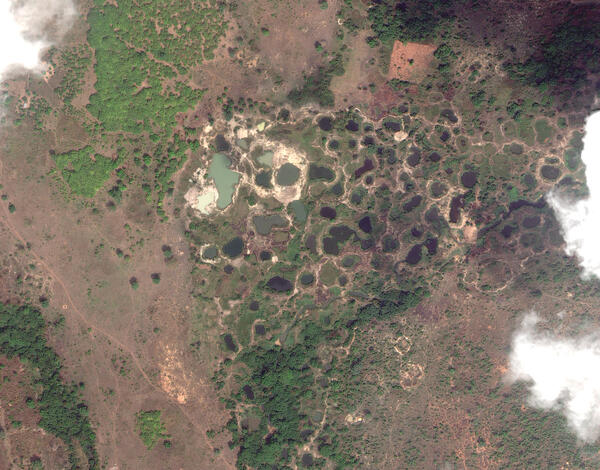 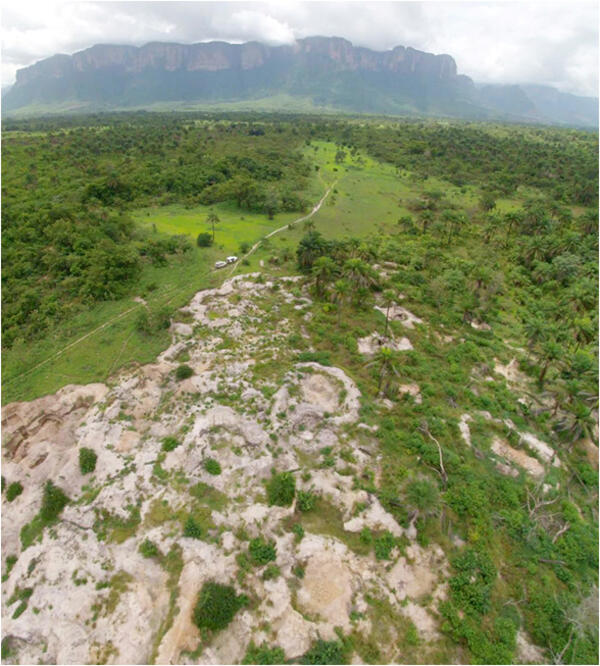 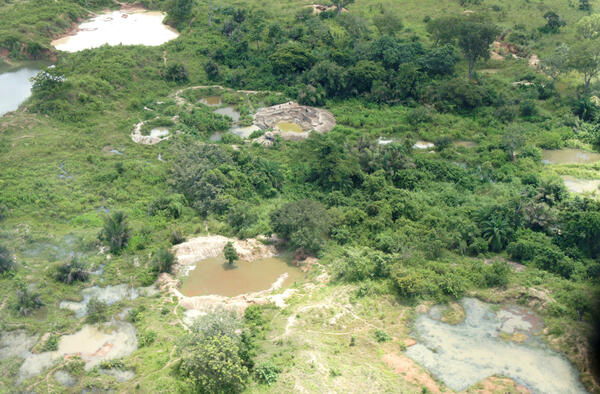