Simulation of groundwater flow and pathlines at NAWC NJ (2006) Completed

The effectiveness of groundwater pumping by the use of recovery wells in preventing contaminated groundwater at the Naval Air Warfare Center (NAWC), West Trenton, N.J., from moving off the NAWC property was evaluated by use of a digital model of groundwater flow. The finite-difference, three-dimensional, porous-medium model uses the MODFLOW code to solve the groundwater-flow equation. Groundwater flowpaths from areas at and near contaminated well sites for a no-pumping and two-recovery-well-pumping scenarios were computed using the post-processor MODPATH.

The NAWC is underlain by the Lockatong and Stockton Formations, which consist of alternating layers of mudstone, siltstone, and sandstone. A fault transects the area and forms the contact between the Lockatong and Stockton Formations. Water flows through these rocks primarily in fractures that are parallel to the strike of the bedding—N. 65° E.—and, to a lesser degree, in fractures that are nearly vertical.

Two different recovery-well networks, each comprising six wells pumping a total of 56.5 gallons per minute, have been used at the NAWC. Modeling results indicate that both networks capture water from the area around 51 of the 55 contaminated wells at the NAWC and that the second network captures more potentially contaminated groundwater than would otherwise discharge to Gold Run. 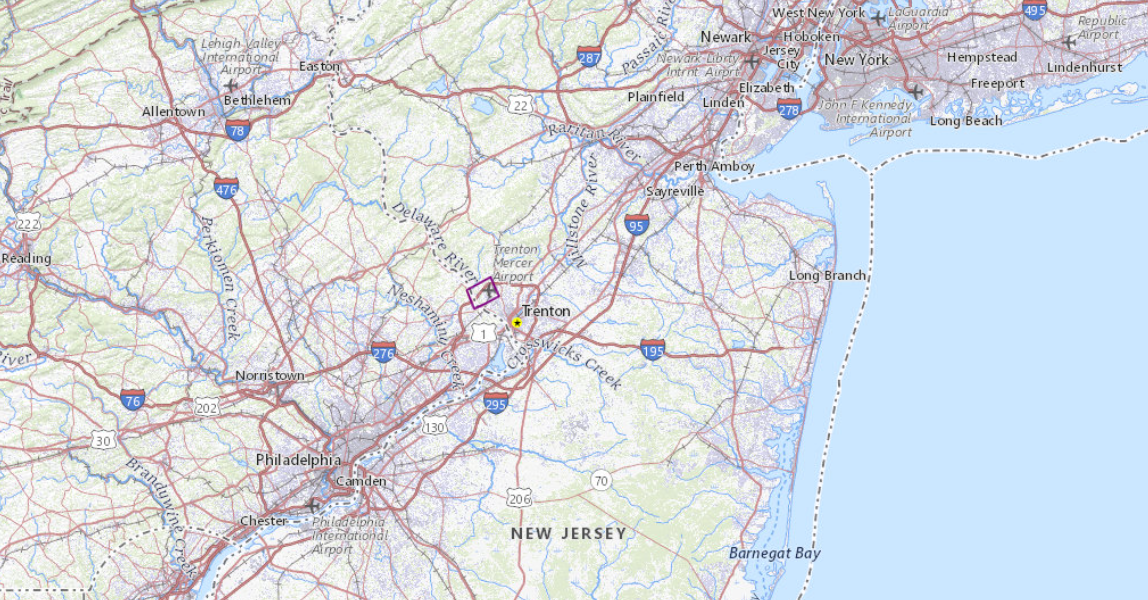 Volatile organic compounds, predominantly trichloroethylene and its degradation products, have been detected in ground water at the Naval Air Warfare Center (NAWC), West Trenton, New Jersey. An air-stripping pump-and-treat system has been in operation at the NAWC since 1998. An existing ground-water-flow model was used to evaluate the effect of a change in the configuration of the network of recov
By
Water Resources, Ecosystems, Toxic Substances Hydrology, Environmental Health Program, New Jersey Water Science Center
October 1, 2002