Simulation of Groundwater Flow in the Unconfined Aquifer System of the Toms River, Metedeconk River, and Kettle Creek Basins

The unconfined Kirkwood-Cohansey aquifer system is a major source of water for coastal communities in Ocean and Monmouth Counties, New Jersey. Recent (1989-92) groundwater withdrawals from the Kirkwood-Cohansey aquifer system in the study area average about 15.5 million gallons per day. If present allocations were fully utilized, average withdrawals could increase to 25.6 million gallons per day, which could lower groundwater levels and reduce streamflows. In order to address concern about these effects, the U.S. Geological Survey, in cooperation with the New Jersey Department of Environmental Protection, conducted a study to describe and characterize the aquifer system, its interaction with surface water, and its response to withdrawals. Steady-state and transient numerical modeling techniques were applied to compare predevelopment and recent groundwater-flow withdrawals.

Simulation results indicte that groundwater withdrawals during the 1980's reduced average base flow in some streams as much as 11 percent from predevelopment base flow. Projected withdrawals at full-allocation levels would further reduce the average base flow of the Toms River, Metedeconk River, and Kettle Creek by about 2, 8, and 15 percent, respectively. Seasonal variations in base-flow reduction are controlled by seasonal variations in withdrawal rates and aquifer-storage effects. Seasonal reduction of base flow in the Toms River, Metedeconk River, and Kettle Creek with withdrawals at full-allocation levels would reach about 3, 14, and 26 percent, respectively. Increases in withdrawals projected to the year 2010 would result in smaller reductions in base flow. 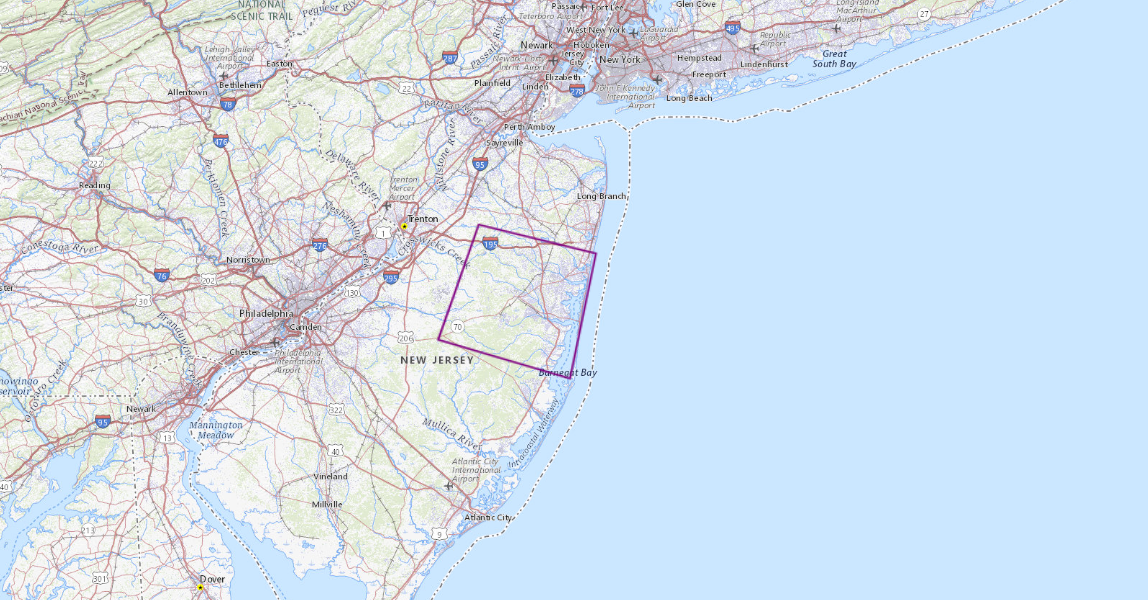