Plague, caused by Yersinia pestis, is widespread throughout the western US and frequently occurs in wild rodents.  All four species of prairie dogs in the US are particularly susceptible to plague, suffering high mortality rates during outbreaks (> 90%) and resulting in local extirpations.  As a keystone species of grassland ecosystems, prairie dog losses significantly impact numerous other species that depend on them for food or shelter, including black-footed ferrets, burrowing owls, mountain plovers, and several canine and avian predators.  Currently, plague is managed in prairie dogs through manual application of insecticides to burrows to kill the fleas that transmit Y. pestis. However, this process is labor intensive and recent evidence suggests that fleas can develop resistance to the most frequently used pesticide.

The NWHC, in conjunction with others, has developed and tested a sylvatic plague vaccine (SPV), deliverable to prairie dogs via palatable bait that offers an additional approach for plague management.  From 2013-15, the NWHC conducted a large, collaborative field study to test the effectiveness of SPV in reducing mortality from plague in four species of prairie dogs in 7 western states.  This study involved state, federal, tribal and non-government agencies organized under the Black-footed Ferret Recovery Implementation Team (BFFRIT), a multi-agency effort led by the US Fish and Wildlife Service.  Vaccine treatment had an overall positive effect on prairie dog abundance on our study plots compared to placebo plots and also increased survival of prairie dogs on plots where plague was detected.  Although some plague losses occurred on vaccine plots, our results provide evidence that consumption of vaccine-laden baits can protect prairie dogs against plague.  However, further evaluation and refinement is needed to optimize SPV use as a management tool and to determine if its use will provide benefits to other species, like black-footed ferrets, or whether it could be used to protect public health.

Plague, caused by Yersinia pestis, has devastated human and animal populations throughout history.  The United States has 5-10 human cases of plague, including some deaths, every year. The disease is also deadly for endangered black-footed ferrets, considered one of the rarest mammals in North America, and their prey, prairie dogs. Reintroduction of black-footed ferrets has occurred at Badlands National Park as part of the national recovery effort.  Despite initial successes, plague is considered to be the biggest impediment to the full recovery of the black-footed ferret.

Current efforts to manage plague in ferrets are labor intensive and include capture and vaccination of released ferrets and pesticide treatment of prairie dog burrows to reduce fleas that carry Y. pestis.  However, fleas are developing resistance to pesticides in some locations. Therefore, the NWHC is examining the effectiveness of sylvatic plague vaccine to protect not only prairie dog populations, but the ferrets that depend on those populations for prey.

To help safeguard North American bat populations, the NWHC is developing a vaccine against the fungus that causes WNS that can be applied topically to wild bats. Currently, several vaccine candidates are being tested to determine which provides the best protection to hibernating bats. Once developed, the goal is to confer disease resistance to vulnerable bats and safeguard their populations. This project was requested by the U.S. Fish and Wildlife Service and is jointly funded by the USFWS, USGS Ecosystems Mission Area, and the National Fish and Wildlife Foundation (NFWF).

Exploring the Potential for Transdermal Immunization of Bats

The U.S. Fish and Wildlife Service and numerous state agencies and conservation organizations have solicited assistance with identifying and implementing strategies for conserving at-risk bat populations. Therefore, the NWHC is testing and developing novel methods of vaccination (transdermal – through the skin) against the fungus that causes WNS.  This project is funded by the Ecosystems Mission Area Wildlife Disease Cyclical and is in collaboration with the University of Wisconsin School of Veterinary Medicine.

Rabies, transmitted by vampire bats to cattle or people, is a tremendous economic burden in Central and South American countries. Additionally, vampire bats are moving north and are expected to disperse into southern Texas in the next decade. Currently, managers cull vampire bats to reduce vector populations by applying a pesticide to the skin of captured bats. Therefore, the NWHC is developing an effective and practical oral vaccine for rabies that can be applied to the skin of vampire bats.  To accomplish that goal, laboratory challenge trials in vampire bats are necessary to confirm vaccine efficacy, and a vehicle for delivering the vaccine must be developed and tested through field trials.  The intended goal of this project is to find better ways to manage rabies in bats, reducing risks to humans and domestic animals. This work is being conducted in close collaboration with USDA-APHIS in Mexico. 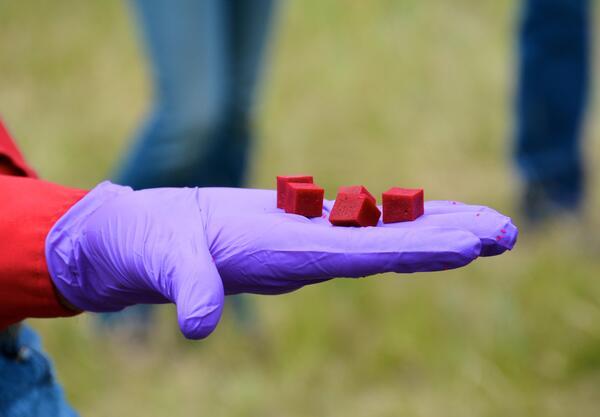 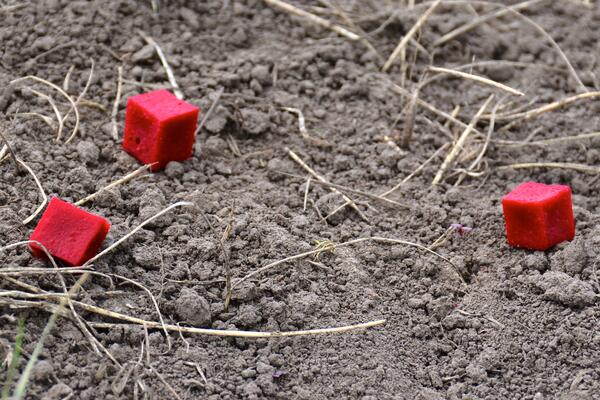 Below are publications related to vaccines.

Rabies is an ancient neglected tropical disease that causes tens of thousands of human deaths and millions of cattle deaths annually. In order to develop a new vaccine for potential use in bats, a reservoir of rabies infection for humans and animals alike, an in silico antigen designer tool was used to create a mosaic glycoprotein (MoG) gene using available sequences from the rabies Phylogroup I g
By
Ecosystems, National Wildlife Health Center
September 28, 2017

Bats (Order Chiroptera) are an abundant group of mammals with tremendous ecological value as insectivores and plant dispersers, but their role as reservoirs of zoonotic diseases has received more attention in the last decade. With the goal of managing disease in free-ranging bats, we tested modified vaccinia Ankara (MVA) and raccoon poxvirus (RCN) as potential vaccine vectors in the Brazilian Free
By
Ecosystems, National Wildlife Health Center
April 1, 2015

Prairie dogs (Cynomys spp.) suffer high rates of mortality from plague. An oral sylvatic plague vaccine using the raccoon poxvirus vector (designated RCN-F1/V307) has been developed for prairie dogs. This vaccine is incorporated into palatable bait along with rhodamine B as a biomarker. We conducted trials in August and September 2012 to demonstrate uptake and apparent safety of the RCN-F1/V307 va
By
Ecosystems, National Wildlife Health Center
February 27, 2015

Gunnison’s prairie dogs (Cynomys gunnisoni) have been considered at greater risk from Yersinia pestis (plague) infection in the montane portion of their range compared to populations at lower elevations, possibly due to factors related to flea transmission of the bacteria or greater host susceptibility. To test the latter hypothesis and determine whether vaccination against plague with an oral syl
By
Ecosystems, National Wildlife Health Center
March 3, 2014

Managing prairie dogs by managing plague: a vaccine for the future?

The Black-footed Ferret Recovery Implementation Team Executive Committee is conducting a project to develop,and (hopefully) eventually implement, a plague vaccination program for prairie dogs. The project is a component of the WesternAssociation of Fish and Wildlife Agencies Grasslands Conservation Initiative. An effective, field-worthy vaccine against plaguecould be the biggest breakthrough in re
By
Ecosystems, National Wildlife Health Center
February 18, 2014

Plague, a zoonotic disease caused by the bacterium Yersinia pestis, causes high rates of mortality in prairie dogs (Cynomys spp.). An oral vaccine against plague has been developed for prairie dogs along with a palatable bait to deliver vaccine and a biomarker to track bait consumption. We conducted field trials between September 2009 and September 2012 to develop recommendations for bait distribu
By
Ecosystems, National Wildlife Health Center

Below are news stories related to vaccines.

A new study shows that vaccination may reduce the impact of white-nose syndrome in bats, marking a milestone in the international fight against one of...

About 70 percent of wild prairie dogs successfully ingested baits containing an oral sylvatic plague vaccine, or SPV, that were distributed throughout...

Reporters are invited to an event near Fort Collins showcasing cooperative efforts to develop a potential breakthrough in wildlife management – an...

Prairie dogs in the wild are less likely to succumb to plague after they ingest peanut-butter-flavored bait that contains a vaccine against the...