Preventing flood hazards, such as the hurricane induced storm surge, from becoming human disasters requires an understanding of the relative risks floods pose to specific communities and knowledge of the processes by which flood waters rise, converge, and abate. Historically, hurricane-induced storm tides have been documented through measurement of high-water marks left on structures or vegetation. However, these sources are not always reliable or accurate and do not provide quantitative information about the timing of the flooding, the sequencing of multiple paths by which the storm-surge waters arrived, or the magnitude of waves comprising floodwaters.

The USGS maintains a network of hundreds of real-time water-level and water-quality gages along the Atlantic coast. The gages record water level, specific conductance, temperature, and (or) dissolved oxygen at 15-minute intervals and are available on the Web with a maximum of a 1-hour time delay. The real-time network is maintained to monitor a large range of hydrologic conditions, from droughts to floods, and provide the data on the web for a broad base of stakeholders. In the event of a hurricane, the real-time network allows individuals to monitor the storm-surge data in near real time. Depending on the elevation of the gage house structure, the real-time gage may be at risk of being inundated by flood waters during extreme storm surge.

During a hurricane there also may be a need to collect additional real-time storm-surge data to assist emergency management agencies to monitor storms from remote locations and make critical public safety decisions. The fixed real-time coastal network may not provide complete coverage of the coast and there may be locations where a temporarily deployed real-time gage would fill data gaps. The general approach for the real-time rapid deployment gage is a pre-fabricated “gage-in-a-box” that can be quickly attached to a bridge rail with little or no modification to the bridge structure. The design uses a radar water-level sensor housed in a small aluminum shelter along with telemetry equipment, solar panel, and antenna. It is feasible that a crew from SAWSC could deploy 3 or 4 temporary real-time gages in a day prior to a storm.

In addition to the real-time network, the SAWSC, in cooperation with the U.S. Army Corps of Engineers and other agencies, established a hurricane storm-surge monitoring network for Georgia, North Carolina, and South Carolina. The network is designed for a cost effective and time-efficient monitoring of hurricane storm surge and is only activated in the event of an approaching hurricane. At each site, a bracket for a water-level sensor has been attached to a permanent structure, such as a bridge abutment or pier. In addition, some sites include a bracket for a barometric pressure sensor. The elevation of the water-level sensor bracket has been determined by differential leveling to a benchmark of known elevation. In the event of a storm, the sensors are attached to the bracket and the timing, duration, and magnitude of the storm surge is recorded. Upon retrieval of the sensors, the water-level data are easily adjusted to mean sea level because the bracket elevations were previously determined. The storm-surge data is then able to be quickly disseminated to interested agencies and coastal resource managers.

To augment the fixed location hurricane storm-surge and the real-time gaging networks, a temporary network of hurricane storm surge sensors can be deployed prior to a hurricane. As part of this monitoring approach, water-level and barometric-pressure sensors are deployed to areas of projected hurricane landfall. The addition of these sensors creates a concentrated network of storm-surge monitors which provide more spatially dense monitoring of hurricane storm surge. For example, temporary deployment of sensors in the projected hurricane path can be placed to monitor the escalation and attenuation of the hurricane surge along coastal rivers and across barrier islands, low-lying areas, and wetlands. After the passing of a storm, unlike the established hurricane storm-surge network, the locations of the temporarily deployed sensors must be surveyed to a known elevation. The USGS has successfully deployed temporary storm surge-networks for Hurricanes Rita (2005), Wilma (2005), Gustav (2008), Ike (2008), and Tropical Storm Ernesto (2006).

The monitoring sites for the two fixed networks, with the addition of temporarily deployed sites, provide a cost-effective hurricane storm-surge monitoring network for Georgia, North Carolina, and South Carolina. The combined networks effectively leverage resources of cooperative funding agencies for monitoring hurricane storm surge. The data will be a valuable resource for emergency preparedness agencies to better protect public safety, for engineers to improve structural design of coastal infrastructures, and for oceanographers to evaluate and improve hurricane storm-surge computer models. 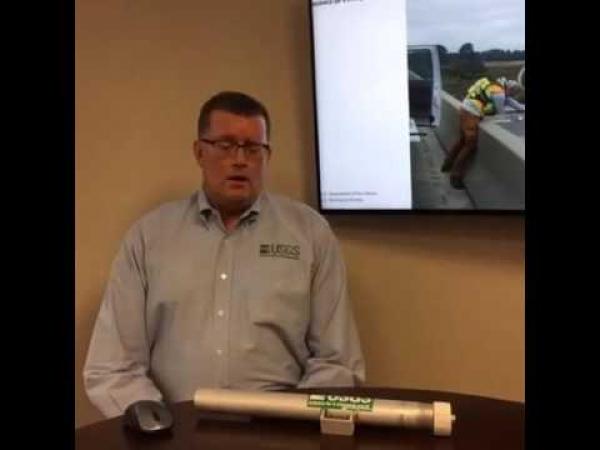 Monitoring storm tide and flooding from Hurricane Matthew along the Atlantic coast of the United States, October 2016

IntroductionHurricane Matthew moved adjacent to the coasts of Florida, Georgia, South Carolina, and North Carolina. The hurricane made landfall once near McClellanville, South Carolina, on October 8, 2016, as a Category 1 hurricane on the Saffir-Simpson Hurricane Wind Scale. The U.S. Geological Survey (USGS) deployed a temporary monitoring network of storm-tide sensors at 284 sites along the Atlan
By
Water Resources, South Atlantic Water Science Center (SAWSC)
October 31, 1997

The passage of Hurricane Matthew through central and eastern North Carolina during October 7–9, 2016, brought heavy rainfall, which resulted in major flooding. More than 15 inches of rain was recorded in some areas. More than 600 roads were closed, including Interstates 95 and 40, and nearly 99,000 structures were affected by floodwaters. Immediately following the flooding, the U.S. Geological Sur
By
Water Resources, South Atlantic Water Science Center (SAWSC)
December 31, 2002

Hurricane Floyd in September 1999 caused disastrous flooding from South Carolina to Massachusetts in the United States, with particularly severe and prolonged flooding in eastern North Carolina resulting in record flood-flow loadings of freshwater and contaminants to Pamlico Sound, North Carolina. The inland flooding, water quality, and loadings to Pamlico Sound were determined as part of a multi-
By
Water Resources, South Atlantic Water Science Center (SAWSC)

Before and After Photos: SE Beach Dunes Lost to Hurricane Matthew